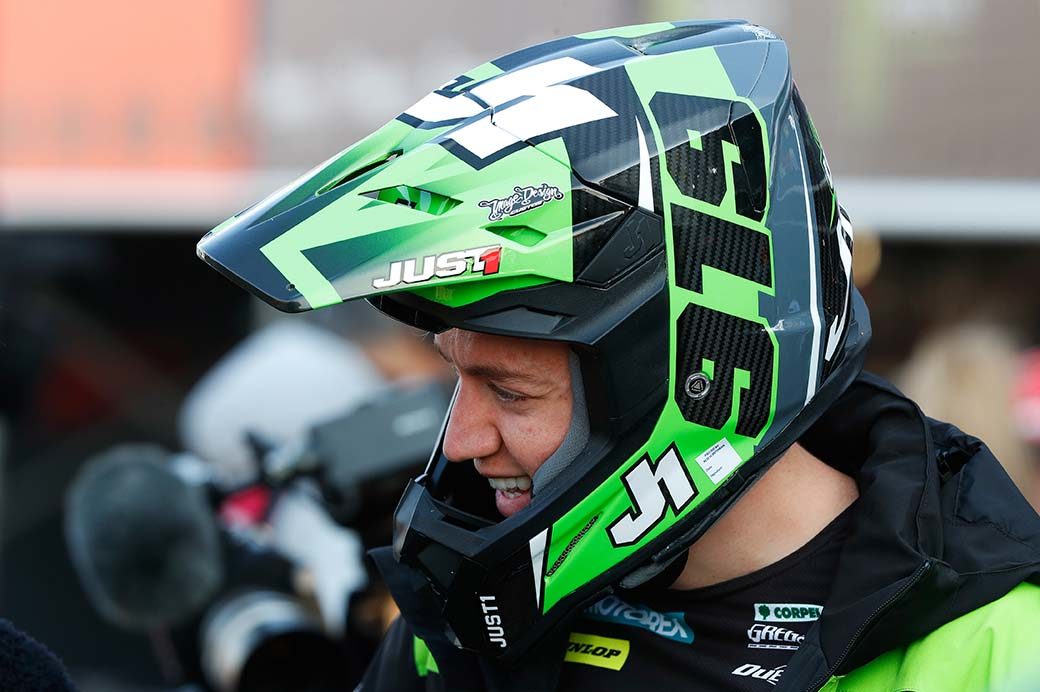 Kawasaki Racing Team MXGP’s Ben Watson built throughout the weekend in the second round of the FIM World MXGP Motocross Championship at Mantova in northern Italy to eventually secure 10th overall.

The Englishman faced a difficult weekend when he was restricted to 19th gate-pick for the Qualifying race after a tightly-matched practice session in which fractions of a second separated the lap times. Choice of start position has always been vital at this track and he could only earn 15th gate from the inside for each GP moto on race day.

The impact of a disadvantageous start position was again immediately clear in the opening race as the Kawasaki shot out of the gate amongst the top-five but was forced wide at the awkward first turn to face a frustrating race in 16th position. The scenario was repeated at the start of race two but Watson gradually found his pace to make several good passes during the second half of the moto as he advanced from an initial 15th to finish 11th. The combined efforts of both motos earnt 10th overall on the day. Ben is now 12th in the series points-standings but is only 15 points shy of seventh.

Ben Watson: “I’m just struggling to ride how I want to at the moment and to have that real fight in me. It’s disappointing for all of us; the bike’s working really good and everyone in the team is putting in 100% and sticking by me. The lap times were a little way off in practice and that gave me a bad gate-pick for Qualifying; each session leads onto the next and everyone knows the inside gate is a massive advantage here. I’m sure I was top-five into the first turn in race one but I was too far out and got pushed into the soft stuff. I tried to put it all behind me and I rode a lot better in race two with some good passes so we made progress even though I’m still far from where I ought to be … but we will get there.“

After his superb performance one week earlier in England F&H Kawasaki Racing Team’s Jed Beaton started race day impressively as he quickly moved forward from ninth to seventh in the first moto but his relative inexperience on a 450 in this, his first season of MXGP racing, became evident as he was eventually restricted to 11th at the finish of the moto and never recovered after being sandwiched at the first corner of race two. The Australian is now 11th in the series points chase but is only eight behind seventh as the series heads to Argentina in two weeks’ time.