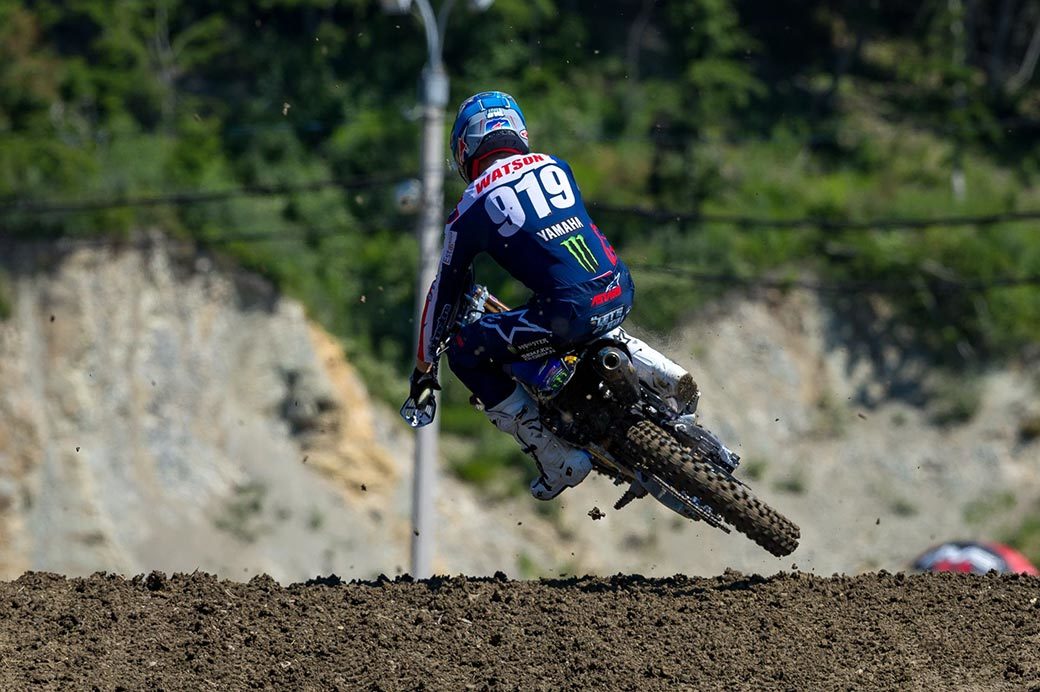 Monster Energy Yamaha Factory MXGP’s Ben Watson never felt comfortable on the unforgiving Orlyonok circuit in Russia and it showed in his qualifying times – some three seconds off the pace of the pole sitter at the MXGP of Russia.

Qualifying in 21st place left Watson with a tough job on his hands at the start of each moto. A crash early in the first moto meant the 24-year-old was always going to find it difficult to score big points and he would cross the line 18th.

Although the second moto started much better, he would ultimately drop back and finish 21st at the chequers, one place behind his brother Nathan.

“I’ve been struggling all day,” Watson said in a press release. “Qualifying never is my strongest point, but especially on a track like we had today where you need to take some risk. I never felt comfortable doing so, so I rode on safety mode all day – and in this class, you are never going to be fast if you do this.

“I’ve had a couple of crashes today, and one of them was really scary, but I am okay, and I’m healthy, so I am going to stay positive. It was just one of those days – I’m just happy to come out in one piece.”

“I know what I am capable of. I won’t let this affect me. There are better days to come,” he added.

Watson’s difficult MXGP debut left the Brit with just one point on the leaderboard, but the rookie has plenty of time to turn things around, starting with his home GP at Matterley Basin on June 27.