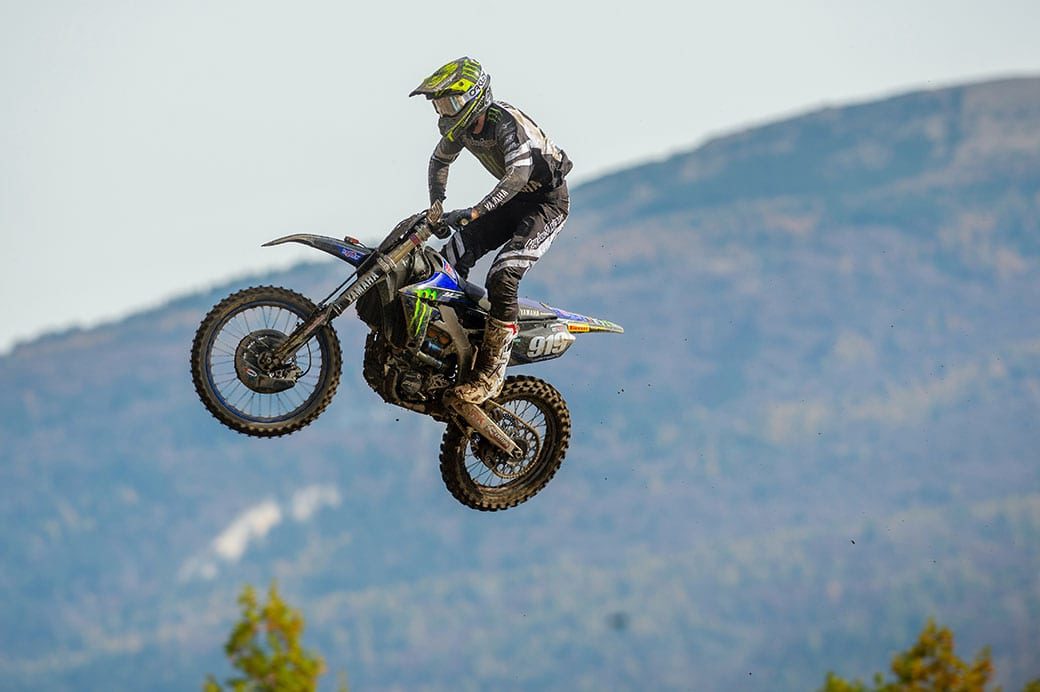 Monster Energy Yamaha Factory MX2 star Ben Watson reflects on his final year racing a 250cc motorcycle in the MX2 Motocross World Championship before stepping up to the 450cc and the premier class, MXGP.

“I promise there is nothing in life that would have given me the same level of emotion and general high than what I have experienced during my best days racing,” he said.

“My last season in MX2 couldn’t have been weirder. The coronavirus pandemic struck after just two rounds, which meant I had to head home with no bike for over two months,” the 23-year-old from Nottinghamshire, England, said. “It gave me a lot of time to recap and realise how much I wanted to be better. When the restart happened in Latvia, I was immediately better and then it just clicked in Lommel. I was able to ride exactly how I knew I could ride. I managed to finish the final six rounds with five podiums and two GP wins.”

Watson was one of only five MX2 Grand Prix winners in 2020, and as a result of his evident speed, skill and determination, the Monster Energy Yamaha Factory MX2 star who has reached the 23-year age limit in MX2, was rewarded with a place on the Monster Energy Yamaha Factory MXGP team for 2021. “When I crossed the line to take my first ever Grand Prix victory there were too many things going through my head actually to take in during that moment. It was quite a long time after the day had ended when it really settled in that I had won a GP and that dream of standing on the top step as a kid had become a reality.”

Humble yet quietly confident, Watson will enter the premier class with positive momentum after drawing the curtains on his MX2 career with two impressive Grand Prix wins. “My first year in the 450cc class could bring some huge surprises so I don’t want to make a real solid strategy as I could easily be led down the wrong path,” he said with a sense of realism. “I want to go into the new season with an open mind and take every opportunity during the winter to be better.”

The MXGP class is the fastest and most competitive class in motocross. It will demand a different approach and another level of experience and skill. Towering at 183cm tall and weighing in at 78 kilograms, it is predicted that Watson will be better suited to the YZ450FM as opposed to the YZ250FM that he has raced for the past three seasons.

“I do believe the YZ450FM will suit me and my style a lot more,” he agreed, “not many people have seen me ride the big bike, but a lot do say they think it will be better for me. I am heavy and tall for a 250, but I would say it is more about the way I ride a bike. I don’t like to be aggressive and sometimes on a 250 I do miss that aggression. I believe I will be able to make the 450 more suited to my riding style whereas with a 250 I just wanted as much power as they could give me.”

Watson can already see the advantage of having well-established MXGP riders Jeremy Seewer and Glenn Coldenhoff as Monster Energy Yamaha Factory MXGP team-mates in 2021. “Jeremy and Glenn are two of the best team-mates I could ask for. I am looking forward to getting started with both the guys as they seem to be open to riding and training together and just generally helping each other improve.

“They were both successful in MX2 and have continued that success into MXGP, so I think they can help me with the transition to the 450 and give their opinions on what they think I should or shouldn’t do entering this new challenge.

“I know I will enter the new season blind having never raced most of the MXGP riders before, but that is what makes this new chapter so exciting. I am going to gain so much experience and I look forward to developing in a lot of different ways.”