On his debut for the F&H Racing Team Henry Jacobi completed the opening round of the FIM MX2 Motocross World Championship at Villa La Angostura in Argentina joint third on points.

The 22-year-old German repeated his qualification performance in the opening GP moto as he rode with great determination to advance to second and keep the defending champion in sight through the early stages of the race. He was eventually pushed back to third 15 minutes from the close but stayed calm and concentrated to comfortably maintain that position to the chequered flag.

After two great starts Henry had little joy at the start of the second GP moto and found himself initially way back in 16th place; posting lap times little slower than the leaders as he charged through traffic Henry had advanced to fifth by the finish to end the day equal on points with the two riders ahead of him in the moto, but their higher placing in race two resolved the tie in the overall result and he had to be content with fifth overall, the time lost on the opening lap costing him the podium.

Henry Jacobi: “I think it was a really good weekend for me, especially as you never know where you really are before the first GP. To start the season like this is really good. I’m OK with the result, even if I am a little bit disappointed after the race to miss the podium so narrowly; we were all close in the points but we have still 18 rounds to get podiums.

“I’m happy with the entire weekend – I was so close here, even though I don’t particularly like this tricky track. I was just surprised in race two when the gate dropped so fast; usually I count to three when they show the five seconds board and then focus on the gate, but after three the gate was already down. After that I was actually riding better in the second race than in the first one, but I lost too much time at the start.”

F&H team-mate Adam Sterry had a solid ride in eighth or ninth place throughout race one to eventually claim eighth place at the finish; the performance gave him confidence to push more strongly in race two as he advanced from an initial ninth to hold fifth place until a fall ten minutes from the end pushed him back to ninth. The Brit also holds ninth in the series standings headed to his home GP later this month.

Adam Sterry: “The weekend was solid and I’m quite happy how it went but the results don’t really show what I was capable of this weekend. I made a few mistakes, but we showed we have good speed and it’s the best first round I’ve ever had since I started racing GPs. I’m just happy to fly back home safe.

“We showed that we can get good starts with this bike and that’s positive; the racing was good but I rode tight in the qualifying race yesterday. I battled with my teammate in the second race but had a crash and it was tough to finish the race as the bike landed on my arm but luckily I could finish ninth.”

A poor gate pick after an unfortunate qualification cost the Bike It DRT riders after a good start to the weekend when Darian Sanayei had posted second fastest time during practice. The American salvaged a 12th place after a strong charge from outside the top 20 in race one, while young Brazilian team-mate Gustavo Pessoa, who battled as high as fourteenth at some stage of each moto, finished 16th in each race in his first full GP campaign. 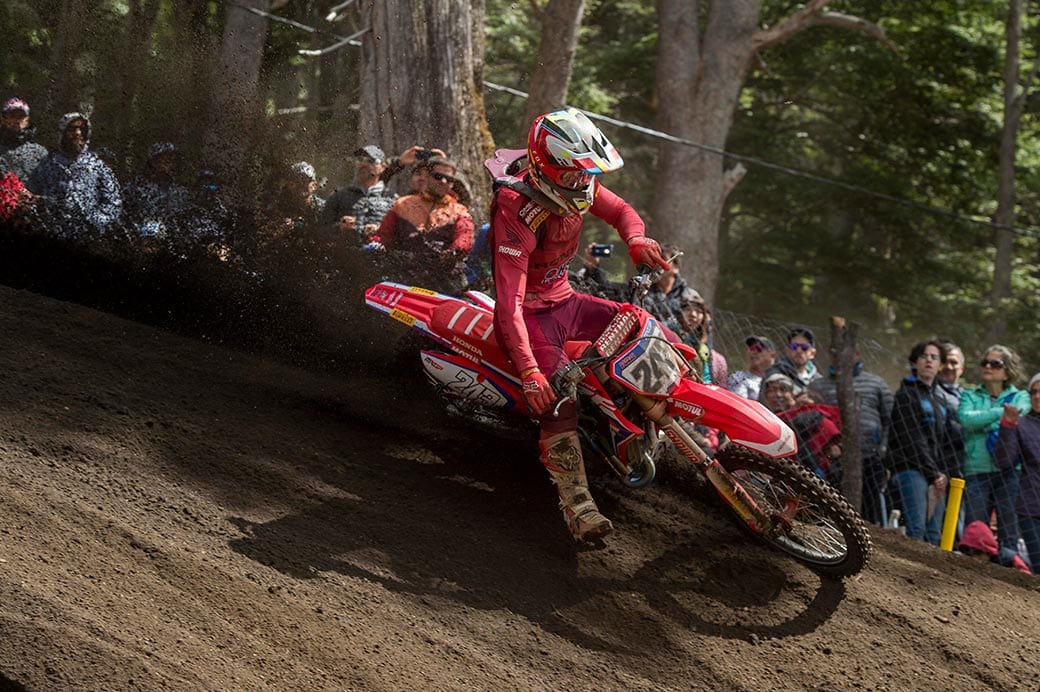