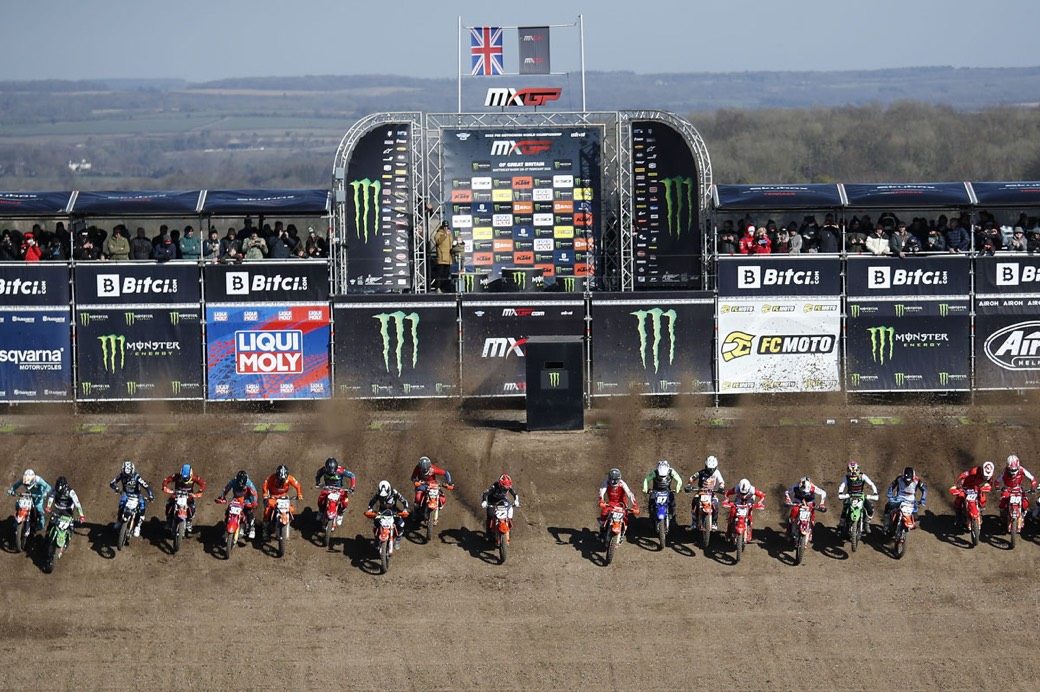 The FIM has banned Russian athletes from taking part in any events and activities associated with the Fédération Internationale de Motocyclisme. Its decision came after an extraordinary meeting with the FIM Board of Directors, which was convened to urgently discuss the situation in Ukraine.

The board took account of the International Olympic Committee recommendations and unanimously condemned the Russian invasion of Ukraine and has suspended the Russian and Belarusian federations.

No Russian or Belarusian riders, teams and officials can take part in any FIM events and activities. In addition, the FIM Board of Directors unanimously recommends to all Affiliated Members and Continental Unions to apply these measures at the national and continental levels.

Vsevolod Brylyakov was the solitary Russian rider taking part in the FIM Motocross World Championship earlier today in Mantova, but this mandate appears to rule him out of further participation. Brylyakov’s MXGP season could be over before his first points-paying moto. We will have to wait and see how this one goes, but there doesn’t appear to be an option here.

If this is applied down to the ACU, then this could rule out Evgeny Bobryshev from the ACU Revo British Motocross Championship. This is a breaking story and more will become clear as it unfolds.

The FIM Board of Directors held an extraordinary meeting on 5 March 2022 in relation to the situation in Ukraine. After having carefully considered the International Olympic Committee recommendations and the specificity of our sport, the Board of Directors has unanimously condemned the Russian invasion of Ukraine. Henceforth the following provisional urgent and protective decisions have been taken which are effective immediately and stay in force until further notice:

To suspend, for the Motorcycle Federation of Russia (MFR) and the Belarusian Federation of Motorcycle Sport (BFMS), the issuance of FIM licences and the FIM licences already distributed. To suspend the functions of persons from MFR and BFMS acting as FIM Officials and as Commissions members/experts/agents of the FIM. As a result, no Russian and Belarusian riders, teams and officials can take part in any FIM Events and activities.

To suspend the registration of and to cancel all FIM Events such as FIM International Meetings, FIM World Championships and FIM Prize Events taking place in Russia, Belarus and Ukraine and, if applicable, to relocate these FIM Events to another country.

To interrupt any other FIM activities including but not limited to seminars, commissions meetings, training camps taking place in Russia, Belarus and Ukraine.

The FIM Board of Directors unanimously recommends to all Affiliated Members and Continental Unions to apply these measures at the national and continental levels.

The FIM President, Jorge Viegas added: “We stand in sympathy and solidarity with all those suffering, as a result of the Russian invasion in Ukraine, and remain in close contact with our affiliate member in Ukraine (FMU). I would like to thank the FIM Board of Directors members in deciding these measures in the interests of sport and peace. The FIM, together with its promoters and organisers, already acted on this matter and cancelled the FIM competitions scheduled in Russia, Belarus and Ukraine. The decisions announced today are in line with the recommendations and statements made by the International Olympic Committee, adapted to suit our sport. The FIM family is watching the developments in Ukraine with great sadness and hope for a prompt and peaceful resolution.”