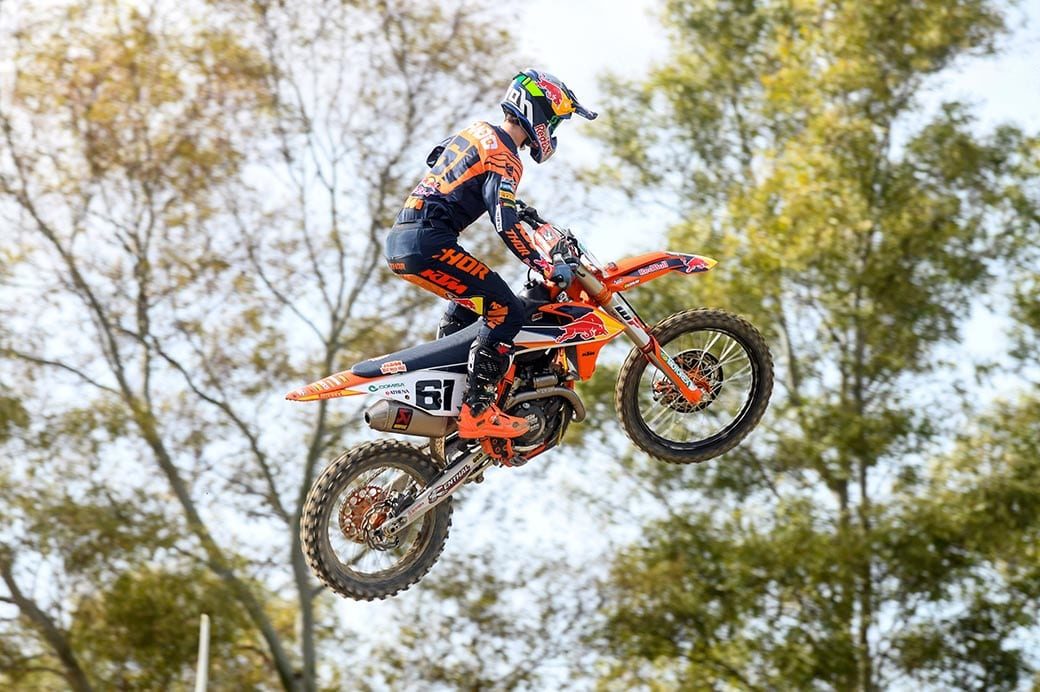 In an impressive turnaround, Jorge Prado has returned to training on his KTM 450 SX-F after recovering from a fracture to his left femur.

Just two months from when Prado crashed while training for his rookie MXGP season at the Malagrotta track in Rome, the two-time MX2 world champion has been given the green light to start building up bike strength.

The team posted the good news on Facebook this morning along with new images. Yesterday Prado put in 20 laps around the same circuit that robbed him of valuable bike time and he was quickly at home. “It was a fantastic feeling – that I have been waiting for a long time – and I immediately felt at home: my KTM is exceptional and even without pushing I easily regained a great feeling, without no leg problems or anything,” said Prado.

“It’s a new beginning for me, and I really want to thank KTM, Claudio De Carli and my team, who have always been close to me. I’m going to start training to prepare for the world championship. Obviously, it is still too early to understand when I can be ready to go behind the starting gate.”

Red Bull KTM Factory Racing won’t be rushing his recovery so a return to the gate for the opening round of the 2020 FIM Motocross World Championship at Matterley Basin could well be asking too much of even this special talent. But we’ll be keeping our fingers crossed he’s in the UK for the MXGP of Great Britain on February 29/March 1.

In the meantime, below you can check out a video of Prado in action at Malagrotta track.