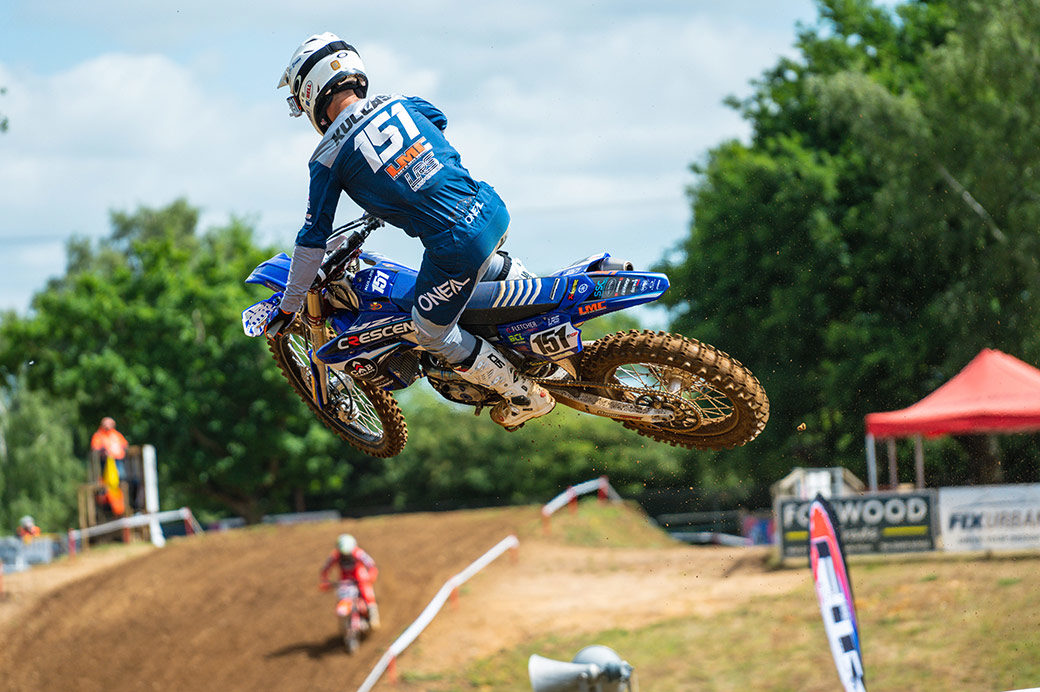 Cab Screens Crescent Yamaha has agreed to release Harri Kullas for MXGP duty with Gebben Van Venrooy Yamaha for the remainder of the season, and the British squad are delighted for the Estonian.

Although Kullas will represent the Dutch outfit on the world stage, he will continue to race for Cab Screens Crescent Yamaha in the Revo ACU British Motocross Championship and MX Nationals as he continues his quest for honours. He currently holds second place in the British championship and has a commanding lead at the top of the MX Nationals standings.

Kullas will join Gebben Van Venrooy Yamaha and his new teammate, winner of the MXGP of Sardegna, Calvin Vlaanderen, with his first race coming at Loket on July 17 for the MXGP of Czech Republic.

The British team feels the chance for Kullas to compete back at GP level was too good an opportunity to miss, and it will only help him with his speed and fitness heading into the remaining rounds of the UK championships.

“I always said that if this opportunity arose for Harri, I would never stand in the way, and I would 100 per cent back it and embrace it,” said team boss Lee Webber.

“This opportunity has come about from the hard work that the team has put in these last few years, along with Yamaha UK, but most importantly the work that Harri himself does week in week out. He thoroughly deserves the chance to show where he is at the moment, on the biggest stage of all – now I have a reason to watch GPs.”

Kullas will take the seat vacated by Lithuanian Arminas Jasikonis, who has elected to step away from professional racing for the remainder of the year following a severe head injury.

“I’m very happy to get this opportunity to get to ride a few GPs,” said Kullas. “We have worked so hard the last four years with Cab Screens Crescent Yamaha, and of course, my girlfriend has been by my side – like they say, hard work pays off.

“Obviously, we have had great results in the UK, and it is nice that world championship teams see what we do in a national championship.

“Big thanks go to my team boss Lee Webber, who has put a great team together and is supporting this opportunity with Gebben Van Venrooy Yamaha.

“I’ve looked the team past few years, and it looks good, so I give my absolute best, enjoy and hopefully we can have some good races for the rest of this season.”