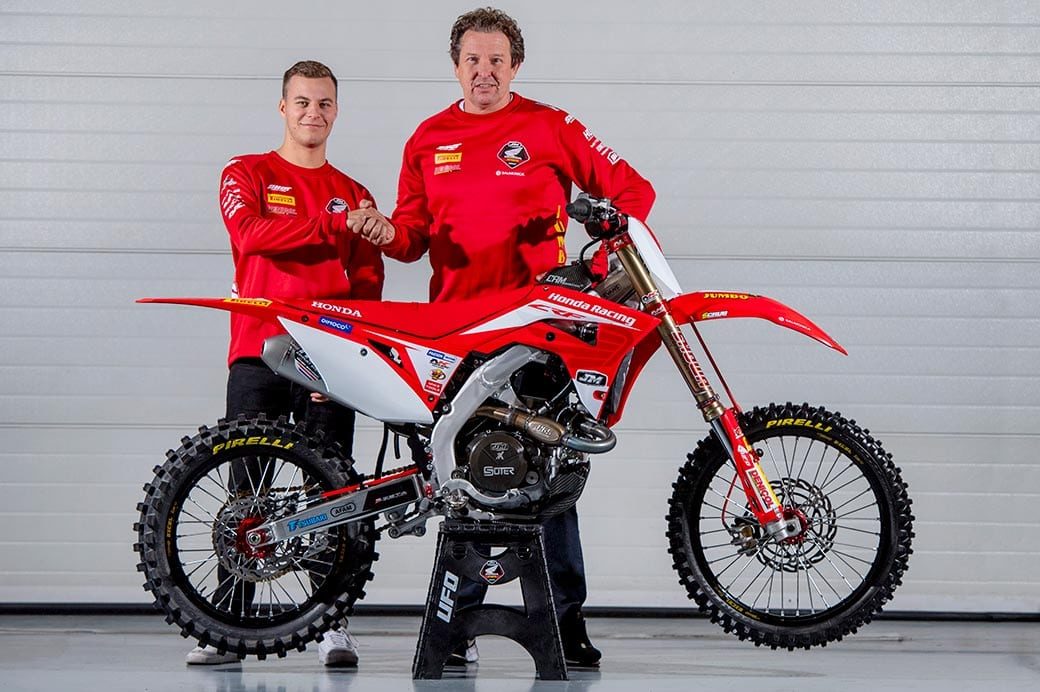 Henry Jacobi and Michele Cervellin have both struck 2021 deals with JM Honda Racing as the team field an all-new rider line-up for the FIM Motocross World Championship.

The trio of Julien Lieber, who has retired from MXGP action, Benoit Paturel (rumour has him on the way to a former world champion’s team) and Artem Guryev all make way for the new pairing.

“It’s been a very busy and also quite stressful year for everyone in the motocross world championship,” said Jacobi. “However this is an amazing way to cap off the season for me! I’m really looking forward to start working with the JM Honda Racing crew.”

“I’m sure to be part of a really good team and it will be cool to tap into all the know-how that Jacky [Martens] has. From the bike to the parts and the support around me I will have everything at my disposal to get good results.”

The hard-charging 24-year old German has a lot of respect for team manager Jacky Martens, who he’s wanted to work with for some time. “When I was on Husqvarna I was already looking up to Jacky because he ran the factory team in MX2 and I wanted to get on that program.,” Jacobi added. “Like we all know that didn’t happen, but now I still get the opportunity to work with him and the JM Honda Racing team!” 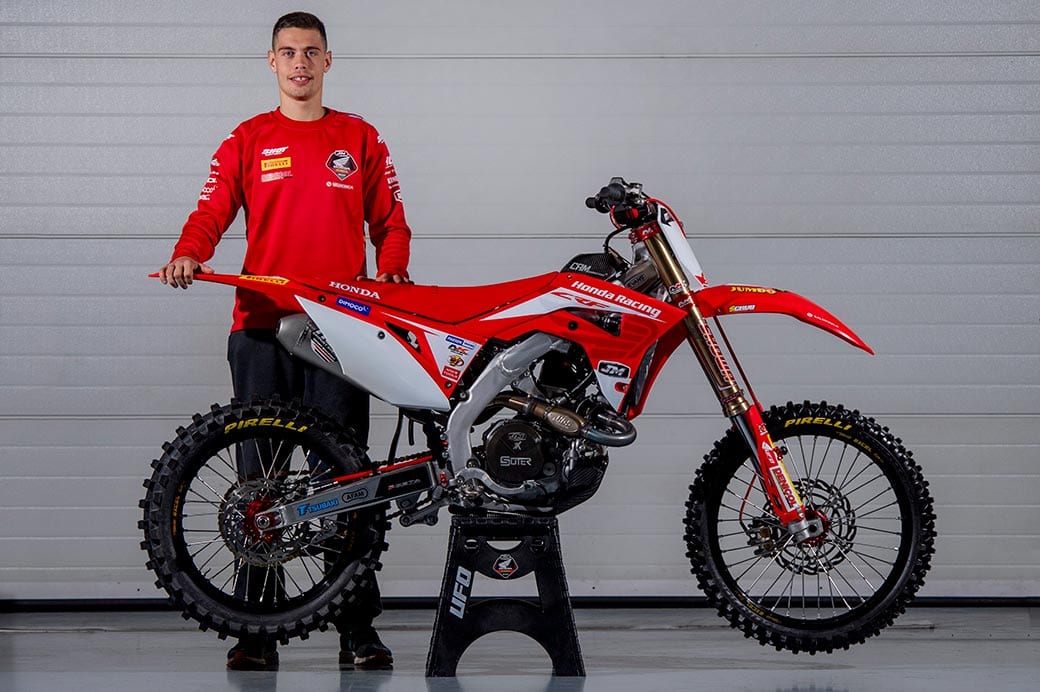 After a string of top-five results and a career-best seventh in MX2 two years ago Michele Cervellin adapted quickly to the bigger bike in what was his rookie season in the MXGP class. Cervellin showed flashes of his ability and ran top-10 pace at several rounds. Due to a big getoff in Faenza Michele’s progress was unfortunately halted.

“I’m really, really happy with this deal! JM Honda Racing will give me a great opportunity to grow as a rider because I will move to Belgium to work closely with Jacky Martens and the team,” said Cervellin. “To take the next step in my career with such a good team is super motivating, I can not wait to start working for the new season!”

Cervellin has spent the last two years on Yamaha but the 24-year-old is familiar with red machinery, spending two years on the CRF250R in the MX2 world championships, 2016 through 2017. And he feels the timing of his return to Honda couldn’t have been better. “Of course it’s also nice to be back with Honda,” he added, “I was on Honda bikes for 10 years, I began on the CRF150R and made my way through the ranks with the brand. Especially now with the awesome new CRF450R the timing could not have been better to rejoin Honda.”

Team manager, Jacky Martens: “We’re super pleased with our rider line-up for 2021 and very excited about our technical package based on the all-new CRF450R. Our first year in the MXGP class and all circumstances surrounding the past racing season have been extremely challenging but we’ve proven that the foundation is right.

“Henry is a very dedicated rider who’s committed to keep improving. He already showed great things in MX2 and there’s no doubt that he can make things happen in MXGP too. As for Michele we’re very keen to provide him with the tools to fully exploit his bike skills. He’s a rider I’ve been following for a while and his first test on the CRF450R was already impressive. To be back on a Honda is like a homecoming for him, for JM Honda he’s the perfect fit to head into the 2021 season!”

The 2021 MXGP Motocross World Championships will begin at Muscat, Oman on April 3.