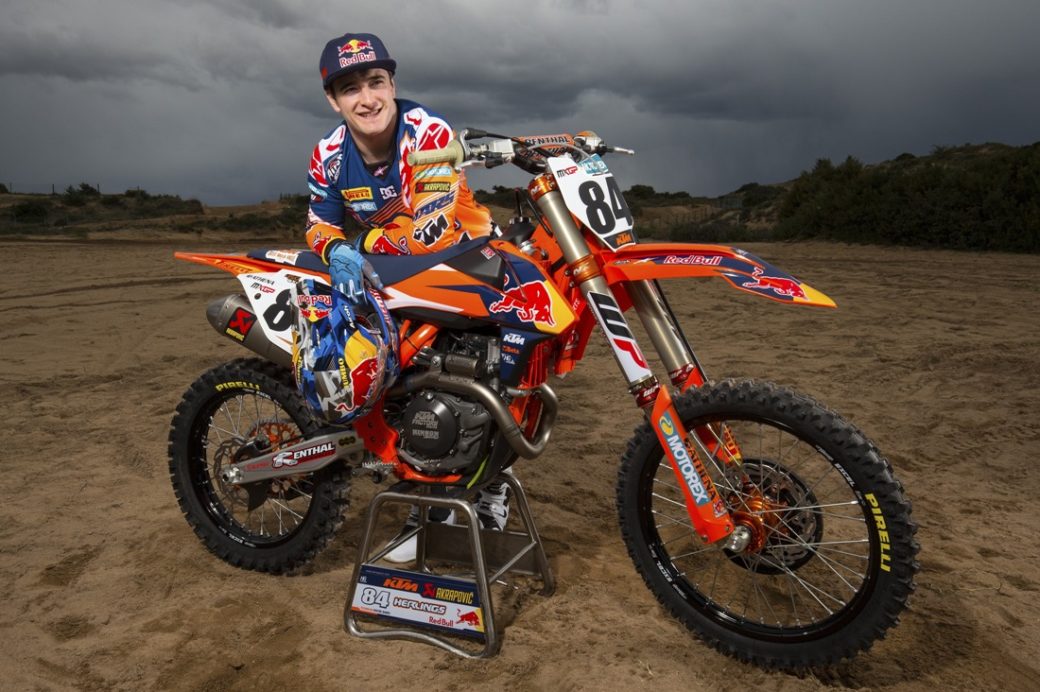 Herlings lasted just one and a half laps before he flew over the bars superman-style at Ottobiano on Sunday at the third round of the Italian MX Championship.

It appeared initially that the bike and his pride had suffered the most damage, but this dinnertime the Dutch Bullet posted a video of his left arm and hand in plaster to just below the elbow with the message “seriously fucked up. Getting ready for Qatar in two weeks time”.

The full extent of the injury is as yet unclear, but KTM rider manager Joel Smets confirmed on Tuesday afternoon that “Jeffrey stays in plaster until Monday for sure, then he will be examined again. His bikes will be in Qatar but a decision in whether he can race will not be made until the last minute.”

Practice in Losail gets underway in 10 days time!