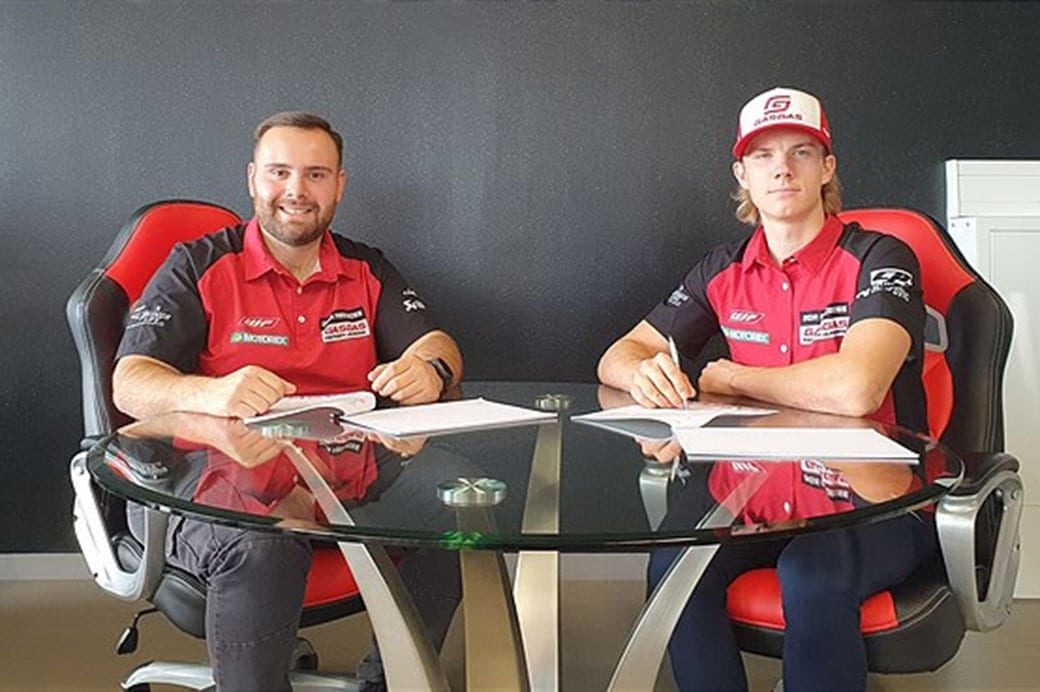 One of the hottest prospects in the MX2 World Championship right now, the young Swede will remain in red and take on his first full season of MX2 competition following his sensational performances as a stand-in rider during recent GPs. Joining the DIGA Procross GASGAS Factory Racing team for 2021, Isak will compete alongside the returning Simon Langenfelder with both racing on our proven MC 250F.

Crowned Swedish 125cc Youth National Champion in 2016 and 2017 following a number of years racing in domestic youth championships, Gifting went on to enter a limited number of EMX250 rounds in 2018. His season highlight came in Latvia where he placed a strong ninth overall before lining up for a full season in 2019. Continually improving, Isak ended the year with an impressive fifth overall at the final round in his native Sweden.

2020 saw Isak line up for a second full term of EMX250 racing. Continuing his strong form, overall podium finishes at the opening three rounds marked a serious improvement in the 19-year-old’s speed. While ranked third in the championship, an offer from DIGA Procross GASGAS team manager Justin Amian to compete in the MX2 World Championship saw Isak switch series’ and get his first taste of top-flight MX2 competition, as a fill-in rider.

Grabbing the opportunity with both hands, Isak joined the team at round nine, immediately claiming top-10 overall results despite very little time to prepare. Turning heads at the latest round, the MXGP of Lommel, he battled with established MX2 stars and charged hard to claim 8-2 results for fifth overall. 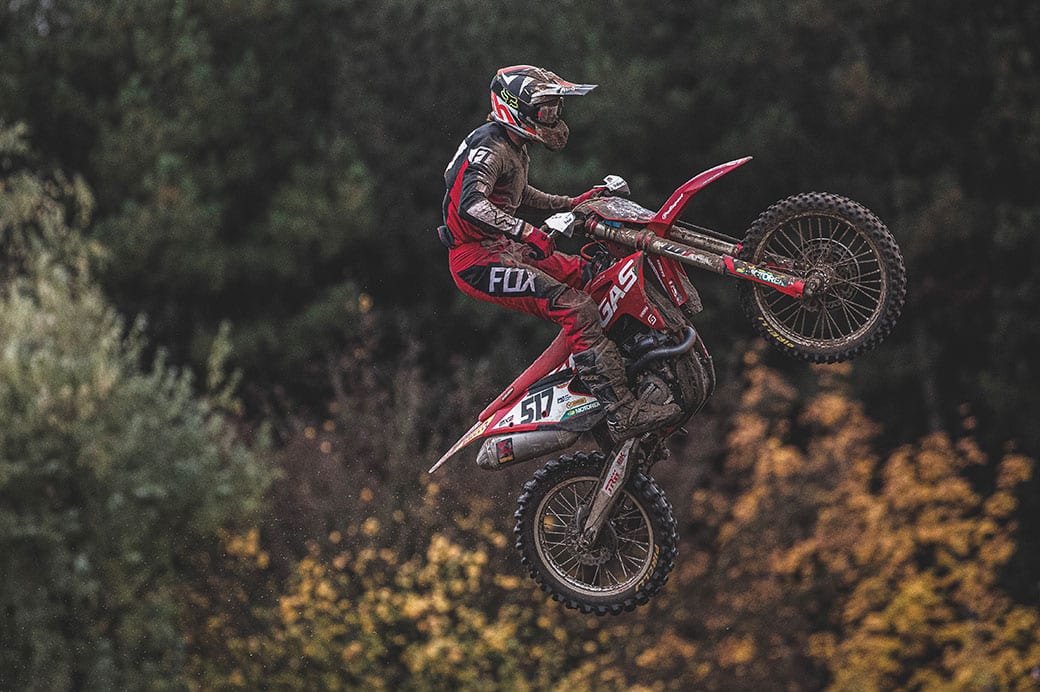 With his sights set high and with just three rounds of the 2020 season remaining, Gifting is focused on doing all he can to claim an overall podium result and complete his exceptional year in the best way possible.

Simon Langenfelder will return to the team for 2021, his second term of MX2 World Championship action. Having shown flashes of speed throughout this season before an untimely leg injury, the young German is fully focused on his recovery and looking ahead to prepare for the new season.

Isak Gifting: “It’s an amazing feeling to continue with the DIGA Procross GASGAS team in 2021 as a full factory rider. Riding Grands Prix has been a dream of mine since I was a little boy and now I’ve made it. Racing for a factory team, it’s just unbelievable.

“The bike is fantastic and having a solid team around me with a great manager, mechanics and a trainer gives me a lot of confidence. I have a great feeling going into 2021. I can’t wait to have a full winter of testing with the team and I’m sure that together we can achieve some great results.”

Simon Langenfelder: “I’m really looking forward to 2021. I was just starting to put together decent results this season before my crash in Faenza. It was a disappointing way to end the season. Fortunately, I have a great team around me, and I’m almost fully recovered so we can begin our preparation for the new season really soon. I’m excited for the future. I know the bike is good so being able to continue with the DIGA Procross GASGAS team is a great feeling.”

DIGA Procross GASGAS Factory Racing Team Manager, Justin Amian: “We’re really excited for the 2021 season with Isak joining the team alongside Simon. Since Isak joined us as a fill-in rider he’s done nothing but impress me and the rest of the team. His results speak for themselves. Continual progression and he’s really made the best of the opportunity that we gave him. He is incredibly strong-minded, a real fighter on the track and his fitness is incredible so it was an easy decision to have him join our team.

“We believe in him and he believes in us. We also know that Simon can deliver great results, as he started to show this year. His injury was really unfortunate, but we know that he is fully focused on his preparations for 2021. We look forward to a great off-season of testing ahead of next year and we’re excited for the future with Isak and Simon.”