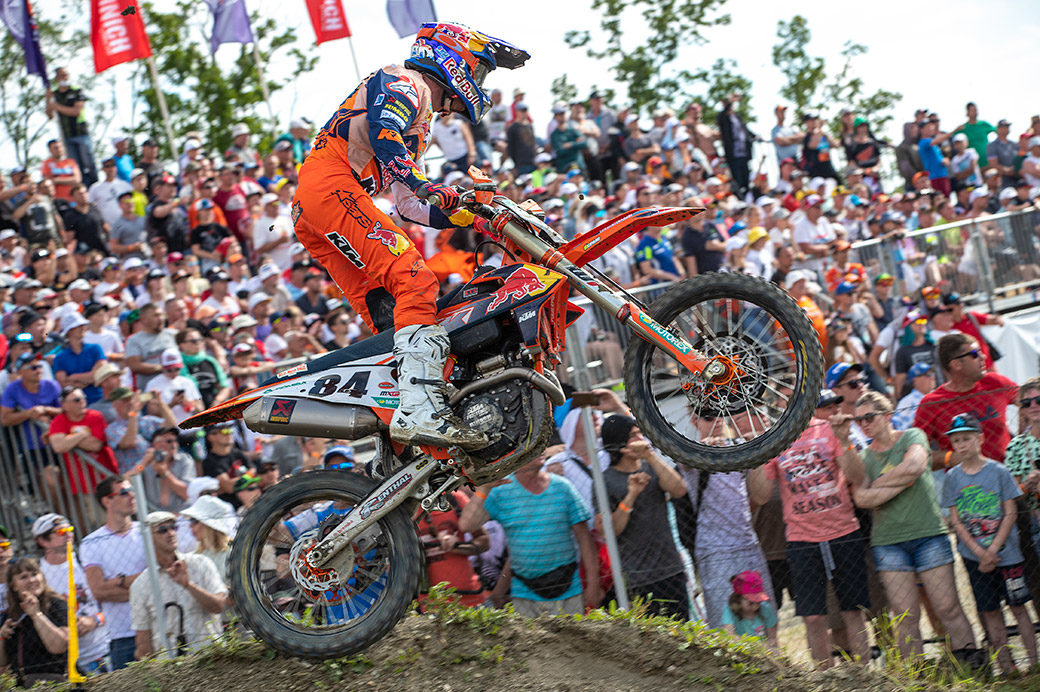 Nine months after his last competitive appearance at the FIM Motocross World Championship Jeffrey Herlings navigated the fast hard-pack Orlyonok circuit to a second-place at the MXGP of Russia.

Herlings captured the first Pole Position of 2021 when he pushed his KTM 450 SX-F to the fastest lap in Timed Practice – confidence building, especially considering it’s not a favoured venue for the four-time world champion.

The Dutchman made a so-so start in the first moto and managed to reach the finish line in fourth. His prime slot in the gate helped for the second moto when he pushed into the lead on the first lap.

Herlings then made a small mistake that cost him four positions. He recovered to third and gained another place in the final two laps to claim second.

It was Herling’s first visit to the box since his last Grand Prix finish in Italy during the summer of 2020.

“I’m happy,” Herlings said. “These are not the best results and not what we dreamt of, but I’m pleased to get on the podium at a track I don’t like so much.

“I worked my way to fourth in the first moto then had a holeshot, tip-over and then back to second. It wasn’t a bad weekend. Hopefully it gets better from here. I’m already looking forward to Matterley Basin – it suits me better with more grip and lines.”