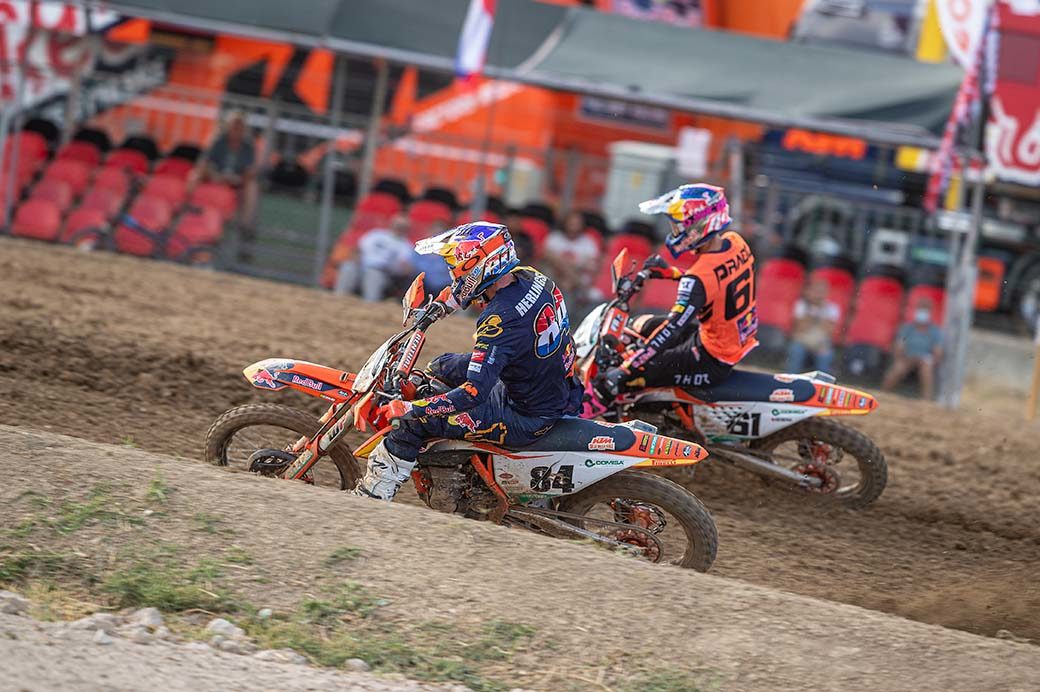 Tim Gajser, Glenn Coldenhoff and Calvin Vlaanderen were the top three in MXGP Free Practice at the 2021 MXGP of Afyon, but when it mattered in Time Practice, Tony Cairoli and Red Bull KTM Factory Racing teammates Jorge Prado and Jeffrey Herlings all came good.

While there was no rush for the riders to get out on track, Herlings did set the early Time Practice pace. Prado bettered the time and then later in the timed session annoyed Gajser as the MXGP world champion thought the Spaniard impeded a hot lap.

Herlings dramatically snatched pole on the final lap with a time almost a full second quicker than Prado who had to settle for second.

Gajser had passed the timing beam just in time to give him another shot at claiming the top spot but was unable to improve on his third place.

Cairoli finished fourth and Pauls Jonass continues his good form, despite his spectacular get off on Sunday, with a fifth-place on the gate.

“I had to keep trying for this one, I think it’s very important to stay on the inside [of the gate],” said Herlings after taking his fifth pole of the season.

“I had to put some heaters down but on the last lap I felt like the track was at its best and everything fell into place – found some good lines and we managed to get pole. I think it’s important to stay on the inside.

“I have to give it up to Red Bull KTM race team, they did a good job. We tried to improve [starts] yesterday so we’re going to see if it’s worked out today – that’s going to be key.”

Thibault Benistant and Jago Geerts were off the pace and down in 13th and 14th respectively. Conrad Mewse is again absent from Grand Prix action as the British MX2 champion-elect gets ready to head to Landrake for Sunday’s Revo-backed ACU MX2 finale. 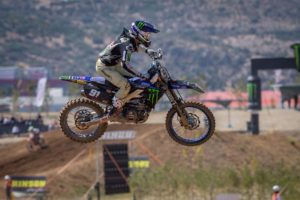 Jeremy Seewer reveals he is suffering from Epstein Barr Virus 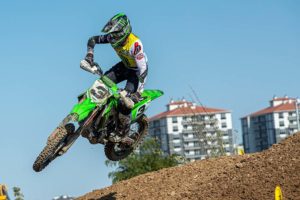 Romain Febvre on the missed opportunity in Turkey 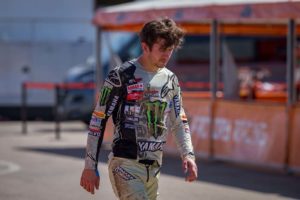 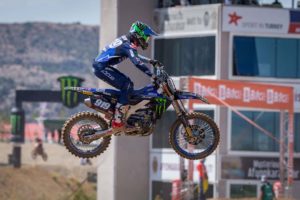 Ben Watson on 'disaster' in Turkey 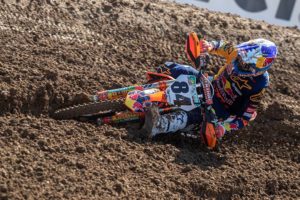 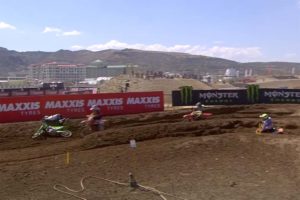