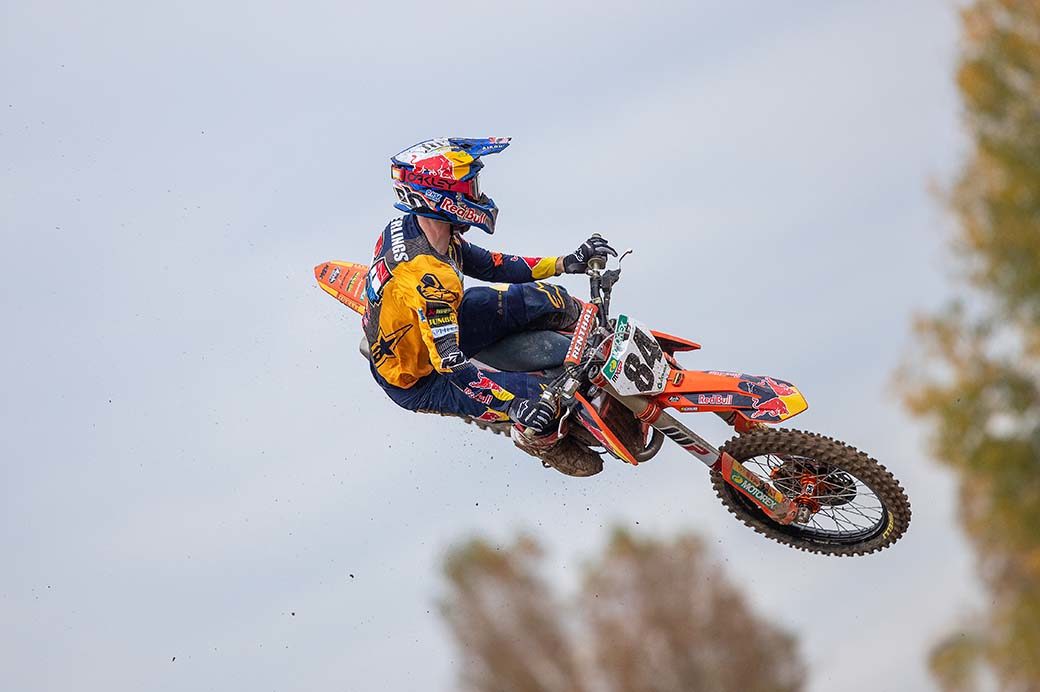 The closet and most tense FIM Motocross World Championship season seen for years has ratcheted up to the most nail-biting climax you could imagine after Jeffrey Herlings won race one at the MXGP of Citta di Mantova to level the points with Romain Febvre.

Red Bull KTM’s Herlings got cut off at the start as Febvre made a great start. At the head of the pack was Jorge Prado as he took his 17th holeshot of the 2021 campaign.

Prado used his big elbows to hold off Febvre in second while Herlings made his way into third place. The battle between the front two played perfectly into Herlings’ hands as he manoeuvred up the inside of both teammate Prado and KRT’s Febvre to take over the lead.

While initially Herlings gapped Febvre, who had finally made his way past Prado, the Dutchman began to suffer arm pump.

Despite making some ground on Herlings, Febvre had plenty to deal with as Team HRC’s Tim Gajser was on a charge.

It was the break Herlings needed and he managed the closing laps to take the chequered flag less than two and half seconds clear of Febvre.

With that win, Herlings levelled the championship with 683 points but holds the top spot thanks to his greater number of moto wins.

In a season full of drama, could we be set for one final twist?