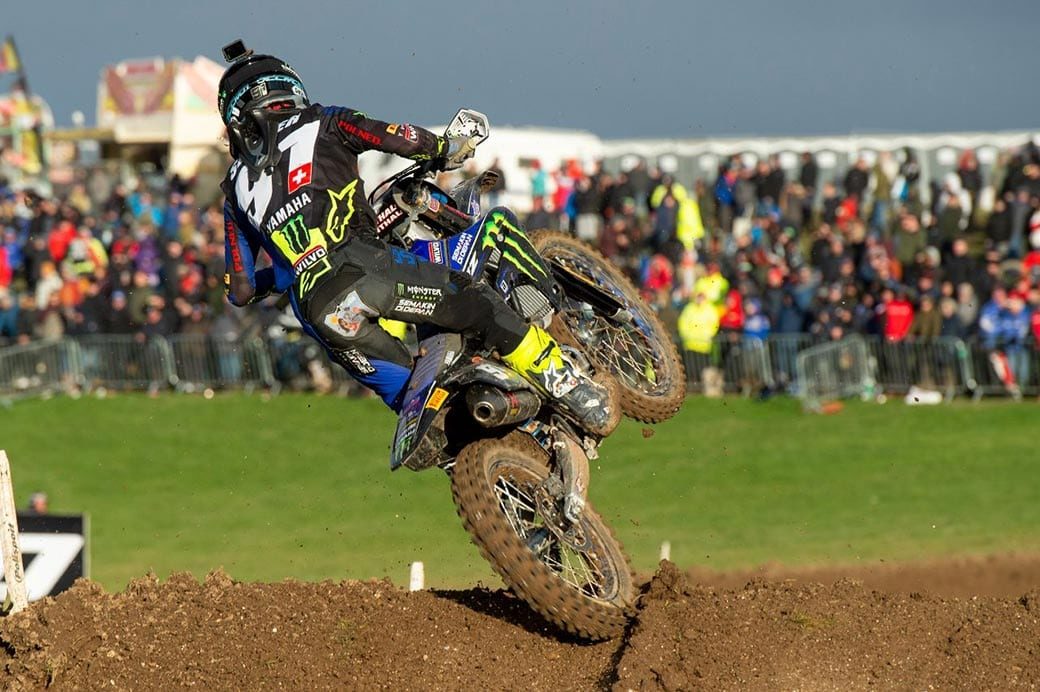 Despite finishing ahead of his Monster Energy Yamaha Factory MXGP team-mates at the MXGP of Great Britain, Jeremy Seewer was left a little disappointed after just missing out on the MXGP podium at Matterlay Basin.

Seewer secured fourth place overall at a tough opening round of the 2020 FIM Motocross World Championship, surviving rough conditions and a shortened timetable on Saturday, then delivering second- and eighth-place finishes in the two points-paying motos on Sunday. 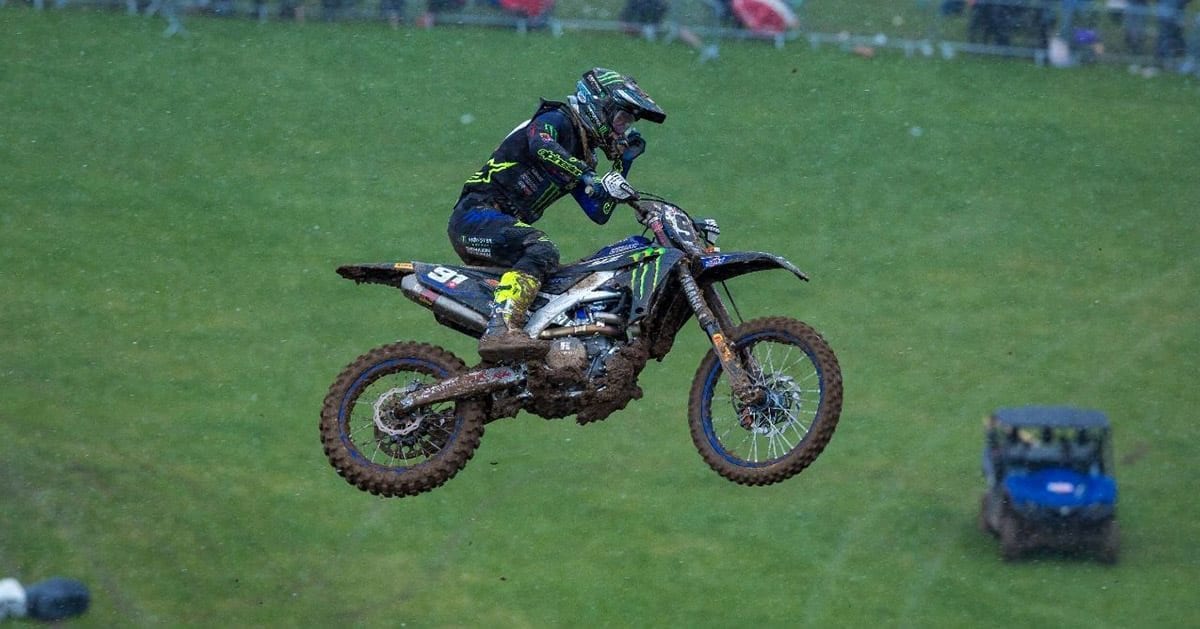 A collision with Clement Desalle at turn-two in the second moto, left the Factory YZ450F with a damaged rear brake caliper, leaving Seewer with plenty of work to do – ultimately costing him a place on the podium. But the 25-year-old Swiss rider did well to wrestle his machine through the entire moto without a rear brake.

“It was a strange weekend because of the time schedule,” Seewer said via a press release. “We lined up with no time on the track, but it was the same for everyone. I started off with an epic holeshot, like a whole bike length ahead of everyone, so that was super cool. I finished second, so that was a really positive start to the season.

“It proved we did a good job in the winter because the track was really technical and tricky.

“In the second race, I had contact with another rider and he damaged my brake. I had to ride without my brake for the whole race which made it super tough. I think I still took good points, so I am happy with this and my speed is good. It is just a shame I couldn’t stand on the podium today, but we will keep working and be back next weekend.”

What’s next for Seewer?

Seewer and the rest of the Monster Energy Yamaha Factory MXGP squad head to Valkenswaard for this weekend’s MXGP of Netherlands.