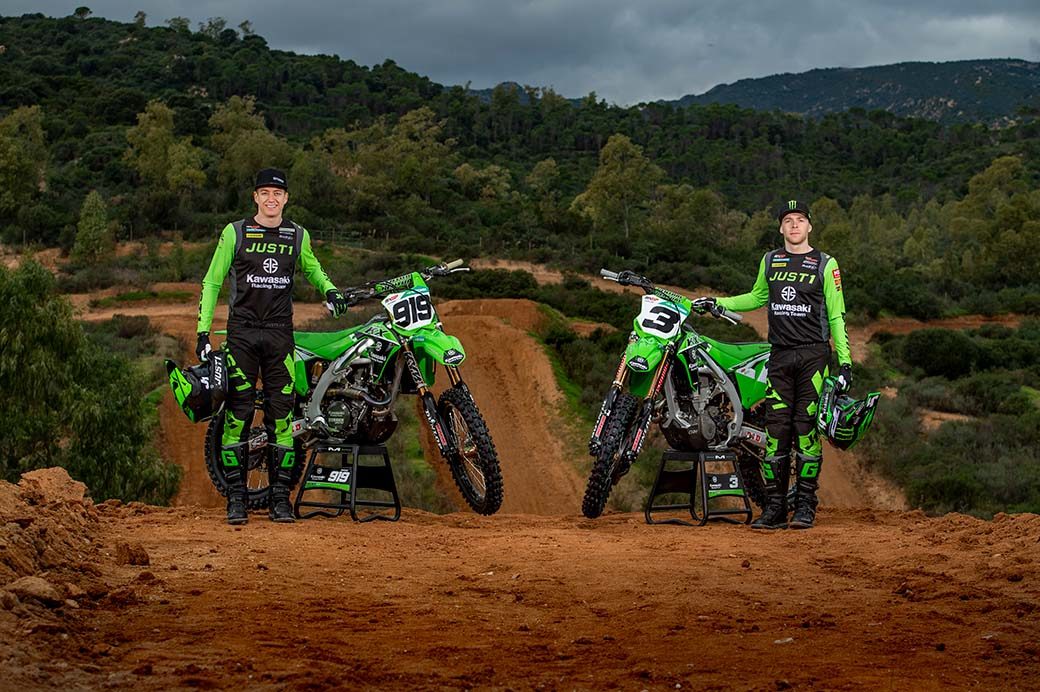 The Kawasaki Racing Team will again enter the FIM Motocross World Championship with a strong line-up in the premier MXGP class; the 2022 series starts on February 19-20 at Matterley Basin for the MXGP of Great Britain.

2021 was an epic end-of-season as three riders battled all the way down to the final moto for the title and with the silver medal, headed by the slenderest of margins, Romain Febvre gave Kawasaki its best-ever result in the premier MXGP class.

The 30-year-old Frenchman will again be the leader of KRT after signing a new two-year deal directly with the Japanese factory which will now be even more deeply involved in the new project as the reins of the Kawasaki Racing Team pass to Formula One legend Kimi Raikkonen and past motocross GP winner Antti Pyrhonen.

Both have been involved in the sport for many years and celebrate their 10th anniversary in MXGP this year. In fact, their first season together was on private Kawasaki machinery, and they are now back in Green to run the Factory Kawasaki Racing Team assault with full support from KMC Japan and KME.

Britain’s Ben Watson, a long-time training partner of Romain Febvre, will enter his second season in the MXGP class after a strong learning year in 2021; the young talent is ready to enter the pre-season races this weekend on the island of Sardinia and one week later in France.

“The new company and management will be strategically involved in utilising the Kawasaki Racing Team’s MXGP racing activity, along with their own Research and Development inside the MXGP arena more directly than in the past to integrate innovations into future KX production models for our worldwide customer base to use in their own racing endeavours.

“The Kawasaki Racing Team MXGP has a massive and complex role to fulfil; we believe that the team will continue to help us make big strides towards our ultimate goal of becoming MXGP World Champion.” 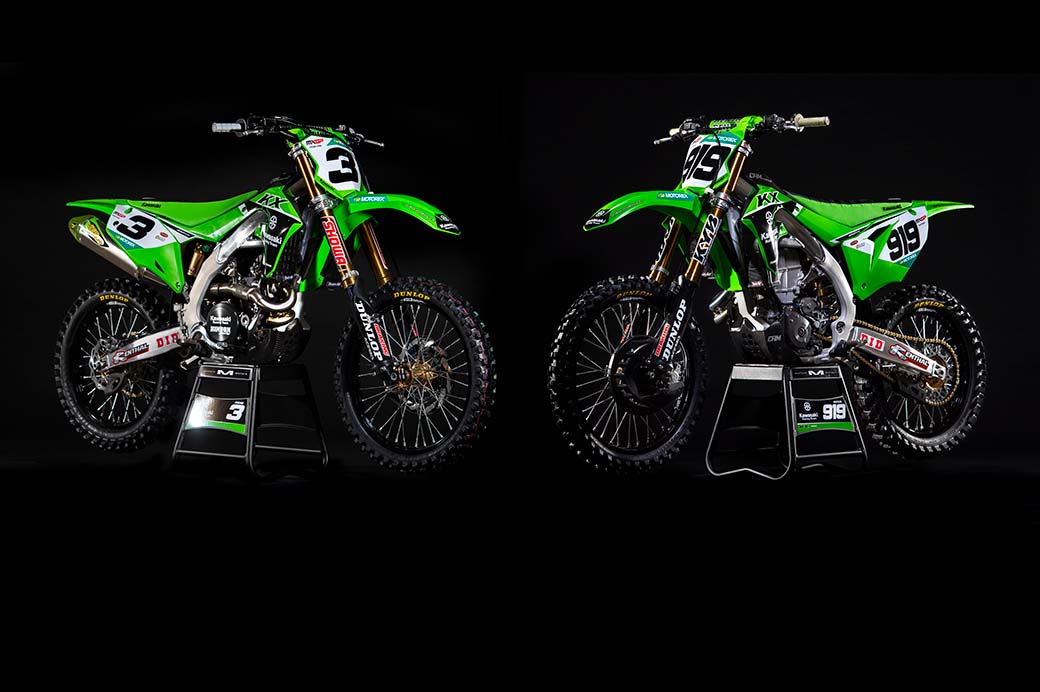 Kimi Raikkonen (Team principal – KRT MXGP): “It’s no secret that, for me, one of my great passions in life for many years has been motocross but this team is not what you might call a hobby; it’s very serious, very focused and we aspire to be the best we possibly can. Now I have retired from racing I will be able to spend more time on this project; not on the daily issues but more from a strategic point of view using my experience of how teams work and what creates success on the world stage. Everyone including myself is delighted that Kawasaki has chosen us to be the Factory team. I know that the chance of success is always greater with direct factory support so this translates into a great opportunity for us as the new Kawasaki Racing Team in MXGP.”

Antti Pyrhonen (Team manager – KRT MXGP): “Since I joined Kimi’s team ten years ago we have never stop working hard to get the best results in the MXGP class and, after we achieved some good results with numerous wins and podiums, we now have the opportunity to work closely with a prestigious factory. We have been working on this new project for several months already and we are of course delighted to have this opportunity to join Kawasaki and to run the Kawasaki Racing Team. The MXGP class is the pinnacle of our sport and we know how competitive the series is, but we are looking to this new challenge with optimism as we have two strong and fast riders to enter this new chapter with a factory behind us.” 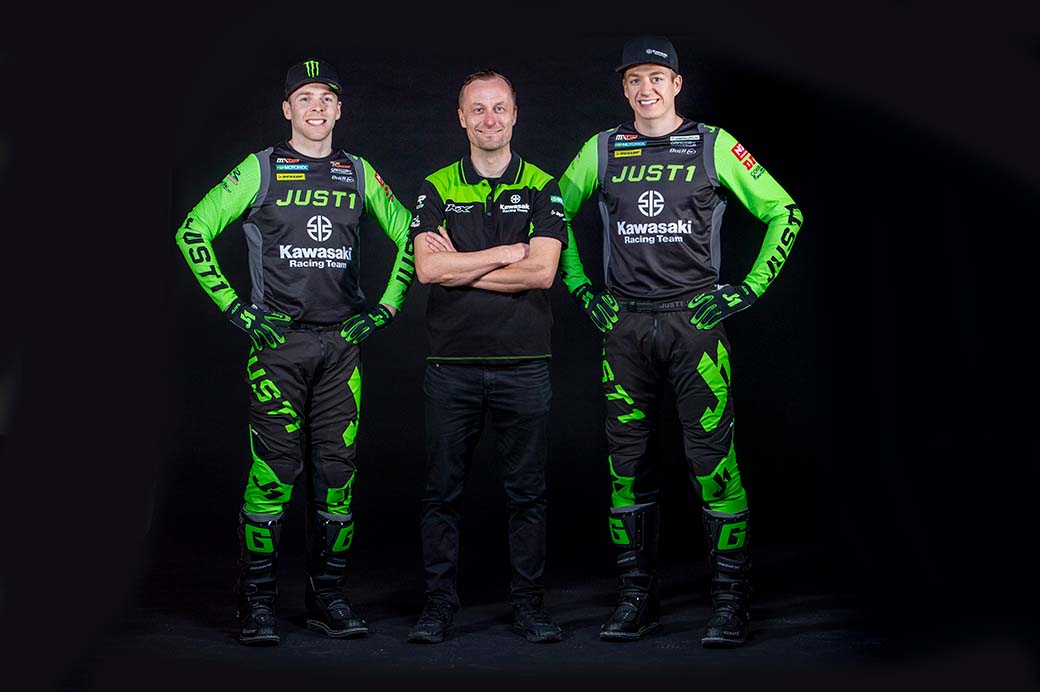 Romain Febvre: “For sure it has not been my best winter since I started racing. It’s always frustrating to be recovering from an injury while your rivals are working on the tracks but that’s how it is; injuries are part of our sport. My recovery is going well and I can’t wait to get back on my Kawasaki. The championship will again be long and I will do my best to start racing as soon as possible. 2021 was definitely a great season for me; I felt so comfortable on the KX450-SR and I was fighting for the title until the very last moto. Signing a two-year factory deal with Japan was good for my confidence, and it is another boost to be involved in the new project from day one.”

Ben Watson: “There aren’t so many factory rides in the MXGP class so I’m very proud to be selected by the Kawasaki Racing Team for my second year in this championship. It’s a new chapter of my career and it’s great to work closely with Romain; we know and appreciate each other as we have trained together in the past. I learnt a lot during my rookie season and I am confident for the season ahead as I have seen how strong the team is after sharing time together for a couple of months already. It’s really exciting to be part of this new challenge.”