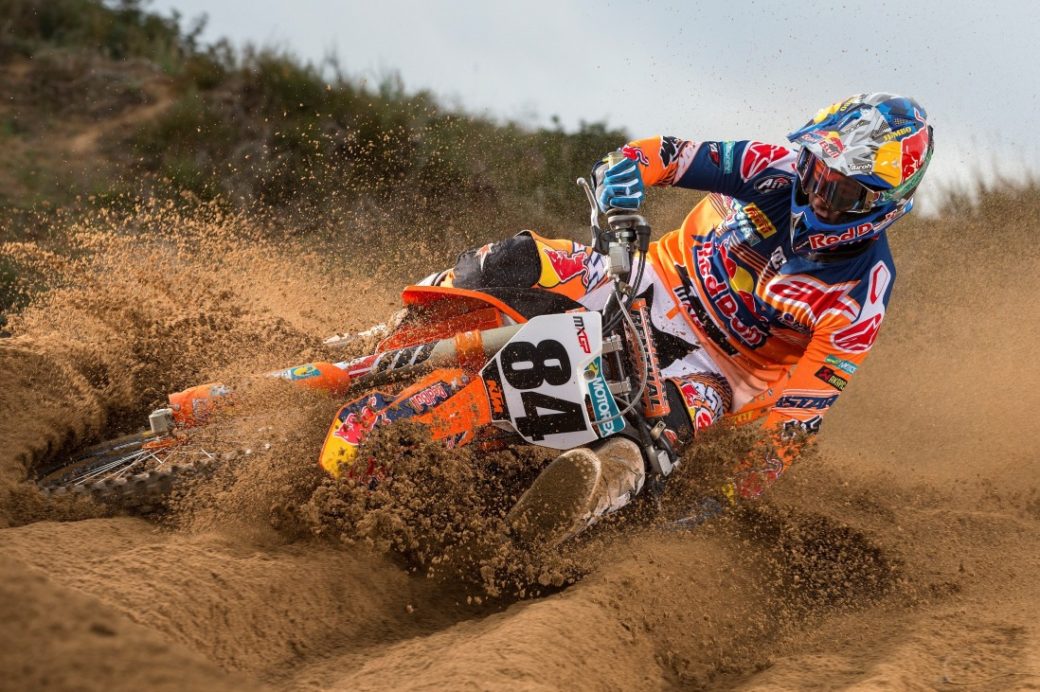 The Red Bull KTM Factory Racing Team has confirmed that it expects its two Motocross factory riders Jeffrey Herlings (MXGP) and Pauls Jonass (MX2) to be fit to start at the opening MXGP in Qatar on February 25, 2017.

Jeffrey Herlings was injured in a crash in the final round of the Italian International Motocross Championship (Internazionali D’Italia Motocross) at Ottobiano last week. Tests revealed that he had a fractured fourth metacarpus, one of the five bones between the wrist and the fingers. He had successful surgery on Monday morning in Belgium and will wear a protective cast for one week. Doctors have told Herlings that he should be fit to ride, free of pain, at the opening round of the world championship. The Dutch rider, a three-time world champion in MX2, joins the MXGP premier class this season.

Pauls Jonass of Latvia, who was vice world champion in MX2 in 2015, suffered what doctors described as a light concussion during a crash at the Lacapelle-Marival Masters Motocross International in France. They confirmed the rider should take rest for 4-5 days, and the medical examinations he has had so far are satisfactory. Jonass is expected to be also fit to ride in the opening round of MX2. Both events were part of the factory team’s pre-season race preparation. Jonass has now had four days of rest and has been declared fit to race.

For the 2017 season, the Red Bull KTM Factory Team will field Tony Cairoli, Glenn Coldenhoff and Herlings in the MXGP class, and Jonass and Spanish teenager Jorge Prado will contest MX2. Cairoli confirmed strong pre-season form by winning both the MX1 and Elite titles on the KTM 450 SX-F at the Internazionali D’Italia Motocross, while Prado picked up his first title in the senior ranks on the KTM 250 SX-F with a win in the MX2 class at the same three-round event.