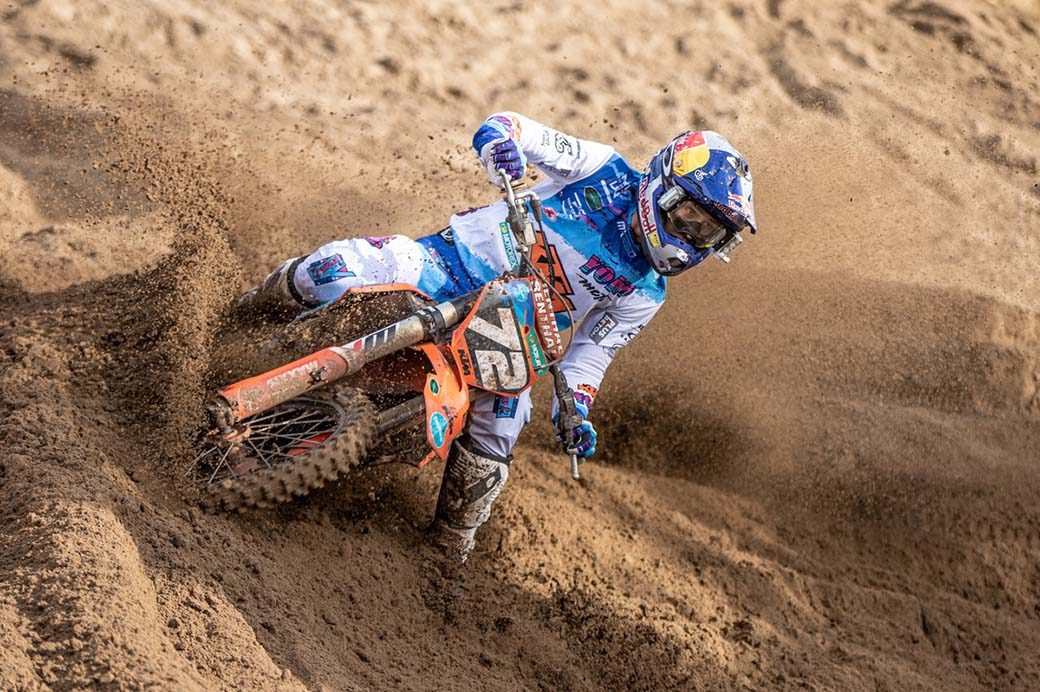 Some 50 years after his grandad Harry Everts made his debut in 1971 and 15 years since his father Stefan’s last world championship race of his career, Liam Everts will take to the MX2 gate at Riola Sardo for his debut.

For Harry, the special place to start his successful world championship career back in the day was Launsdorf in Austria. Liam will start his at the MXGP of Sardegna, where he will face a brutal sand track built in the dunes of Riola Sardo on the large Italian island of Sardinia.

In the past month, with no European Championship races on the schedule and only two Grand Prix races overseas in Turkey, Everts kept himself busy by racing international races. 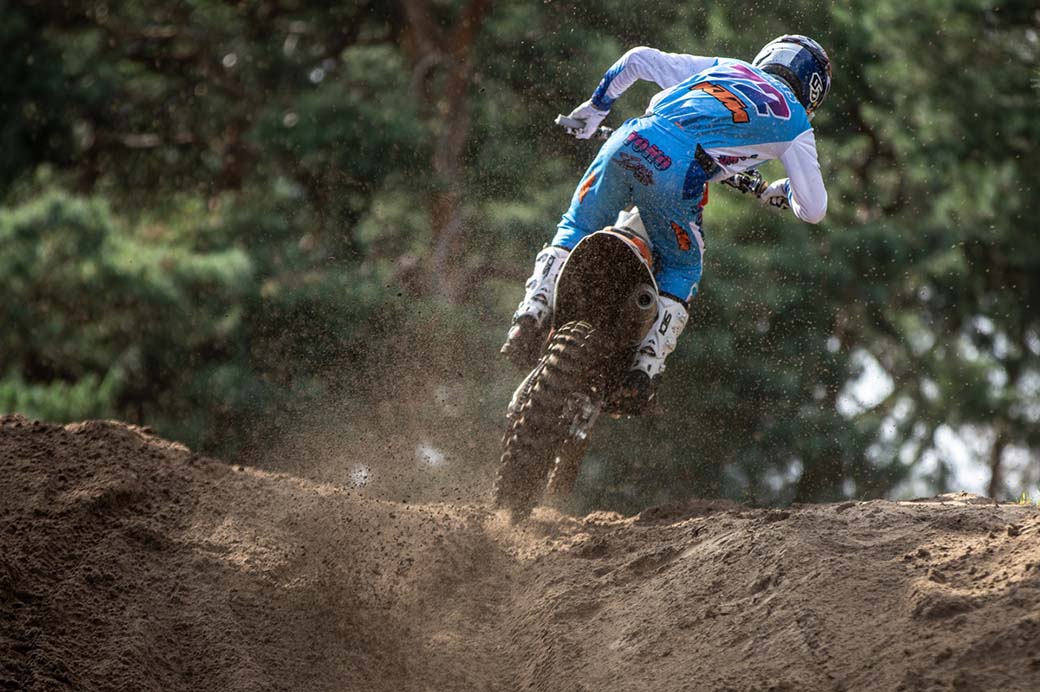 Showing he’s ready for his debut in the world championship and the Motocross of Nations, he looked comfortable in the first event he raced – the traditional August 15 meeting at the Keiheuvel in Balen, Belgium.

The event had some regulars from the MX2 world championship, and EMX250 classes and the track has a similar base to what the riders will face at Riola Sardo – it was the perfect outing to test Everts’ level against some of the best MX2 pilots on the planet, including Tom Vialle, Jago Geerts, Jed Beaton, Rene Hofer and others.

Everts immediately showed his pace in the timed practice by clocking the third-best lap. In the first moto, his start wasn’t that amazing, but from outside the top five, the KTM rider fought himself past Rick Elzinga, Rene Hofer and Jed Beaton. He took the chequered flag in third, with only Tom Vialle and Jago Geerts in front of him. 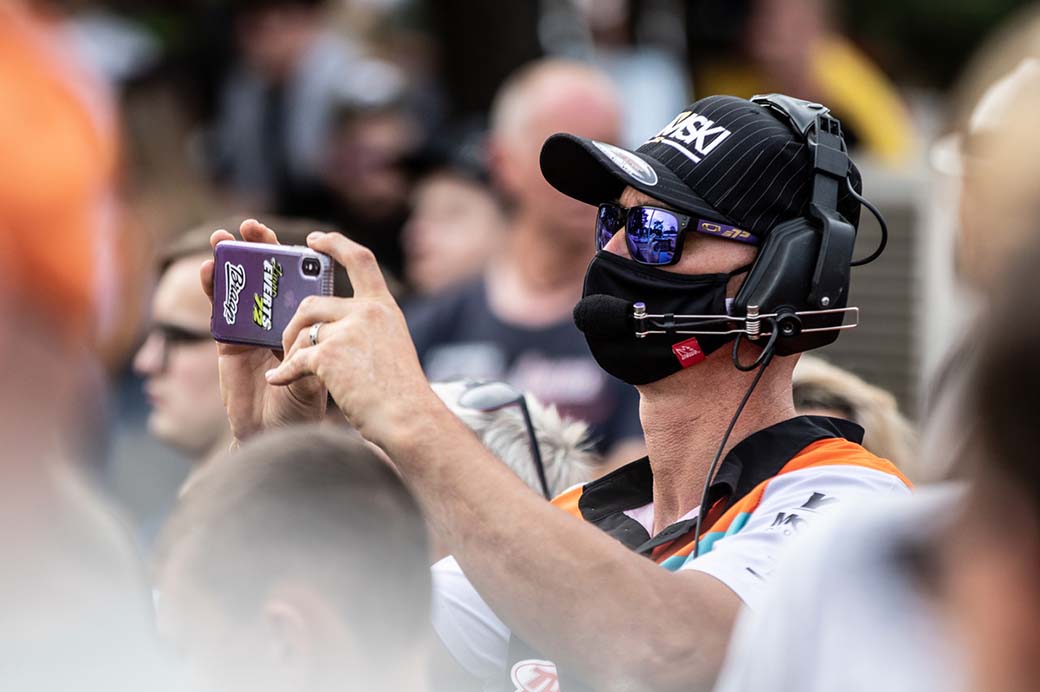 In the second moto, Everts started just behind Vialle and Geerts. Unfortunately, the pair were just a bit too fast. Everts tried to hold Beaton off as they battled for third, but halfway through the race, Beaton found a way past and Everts had to settle for fourth.

In the super final, the top 15 of the 450 class and 250 class raced each other. Again, Everts raced a solid race, finishing ninth overall and the second-placed MX2 rider, behind Jago Geerts.

Racing machines that are 200cc more powerful isn’t great fun, but with the MXoN coming up and Liam being selected to race the 250cc bike in the MX2 class, he will race those bigger bikes twice. So this was a beneficial experience for the Foodmaker-sponsored youngster. 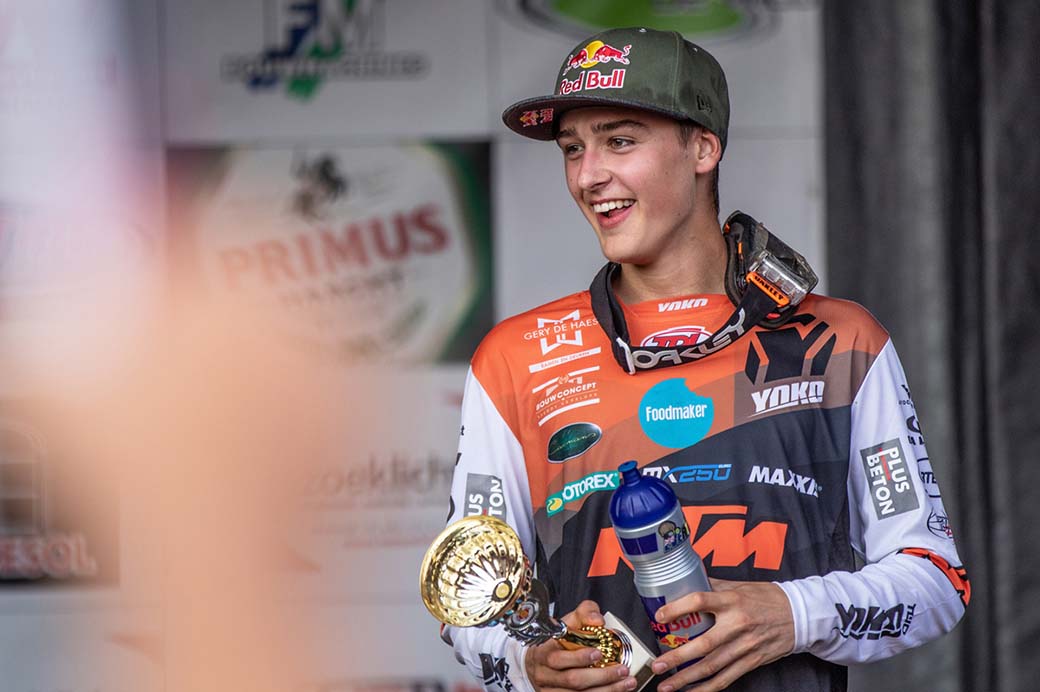 After the race at the Keiheuvel, Everts raced two ADAC MX Youngster Cup races. The Belgian pulled himself out of the championship hunt by skipping the race in Dreetz, all to race in Belgium in front of his home crowd at the Keiheuvel. Now the plan was winning motos and possible overall. At Fürstlich Drehna, a track where he also took the overall in the 85cc in 2018, this plan came together perfectly.

The youngster from Lummen dominated the event by finishing in second in the first moto and winning the second and the third motos. Those results combined gave him the overall victory, with 72 points!

Last weekend, the final ADAC MX Youngster Cup race of the season was held in Reutlingen. On this hardpack track, Everts grabbed the overall again. Less dominant as his first win but with a fourth-place finish in the first moto, a win in the second race and again a fourth-place finish, he scored 61 points, which was enough to seal the overall victory.

Those great results placed Everts in third place in the championship standings. Looking back on the past month and all the positives, Everts’ debut in the MX2 world championship can’t come at a better time.