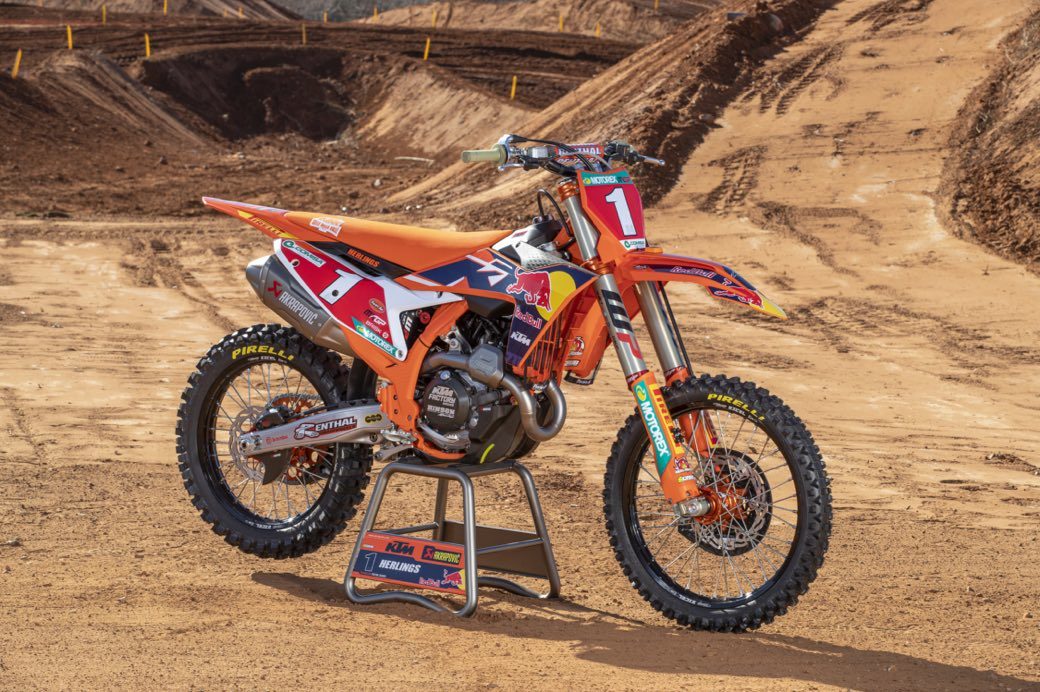 The Frenchman completed several testing days with the defending MXGP World Champions and will now steer the factory KTM 450 SX-F in the absence of #1 Jeffrey Herlings as the 2021 title winner continues to recover from surgery on his left heel.

Boisrame will take a place under the awning and next to countryman Tom Vialle (racing the KTM 250 SX-F in MX2) for the re-arranged British Grand Prix at Matterley Basin this Saturday and Sunday and the Grand Prix of Lombardia at Mantova the following weekend. The 23-year-old made his debut in the MXGP category in the final five rounds of 2021 and posted four top ten moto results. Boisrame won the 2018 EMX250 European crown and contested two and a half seasons in MX2 where he graduated to the front of the pack.

“When they postponed the British Grand Prix another week this gave us and Mathys a little more time to do some riding and further testing and it became clear that we could bring him into the team already for the first round,” explains team manager Joel Smets.

“Jeffrey is unique: it’s impossible to find another rider like him but we can appreciate Mathys’ speed and his determination. He has already shown that he can run fast and strong at Grand Prix level. It’s a good chance for him and some important track miles for us.”