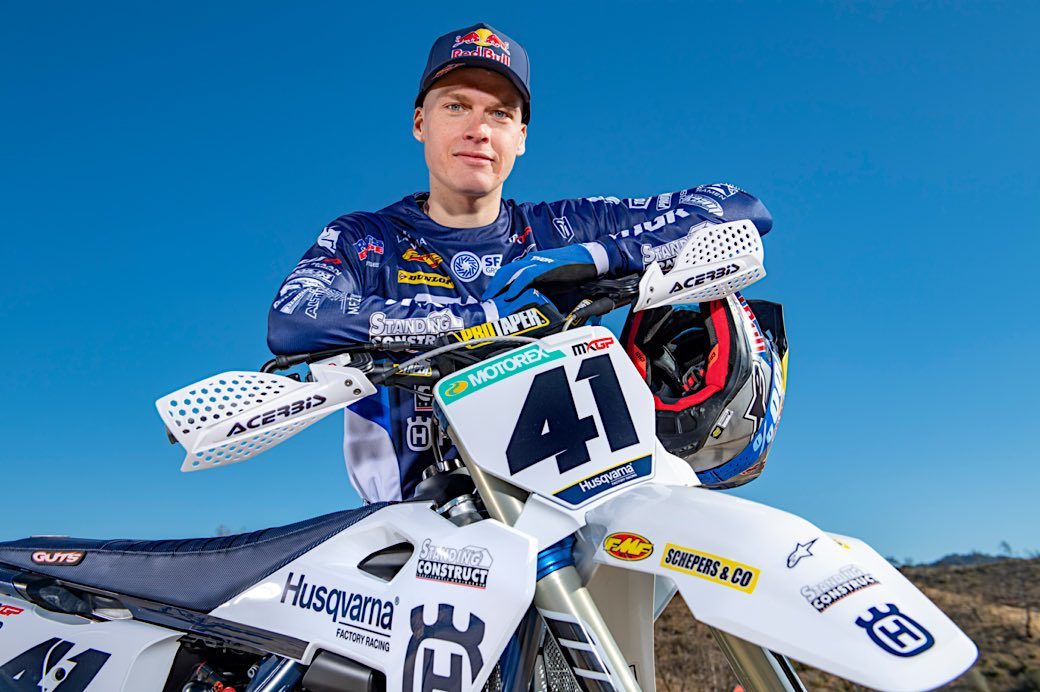 Pauls Jonass is to sit out the Matterley Basin MXGP as he recovers from surgery on his arm.

The Standing Construct Husqvarna Factory Racing pilot started suffering from tendonitis in his arm while testing in January. Initially, specialists advised Jonass and the team that rest would resolve the problem. But unfortunately, the tendonitis got worse, leading to the recommendation of surgery.

To minimise the possibility of Jonass missing points-paying motos, the operation was scheduled directly after the opening round of the FIM Motocross World Championship. However, the postponement of the first round to one week later removed a free-weekend window between Matterley Basin and Mantova.

“The plan was ruined when the opening round was pushed back by a week,” said team manager Tim Mathys. “Although we are disappointed that Pauls cannot race this weekend, it is a long season, and our goals remain the same.”

On Monday, the 25-year-old Latvian had the operation in Herentals, Belgium and with that successfully out of the way, he can now turn to recovery, hopefully in time for the second round of the championship, which will be held in Mantova on March 5-6.