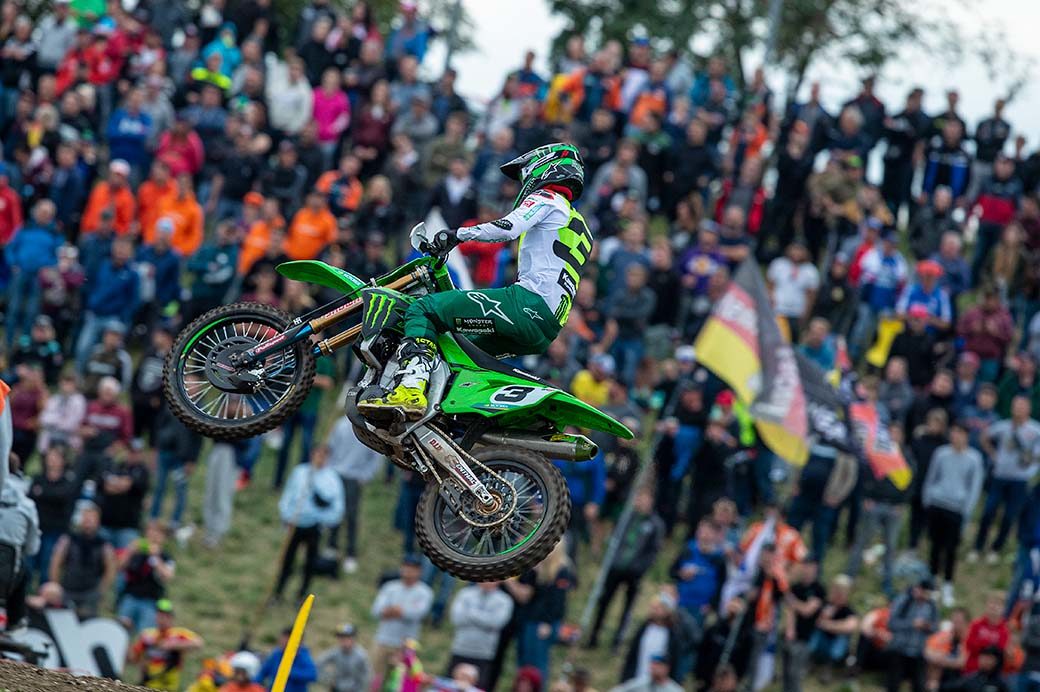 The FIM Motocross World Championship carries momentum into Round 12 of the series in Lacapelle Marival for the MXGP of France, following an explosive German Grand Prix which saw Team HRC’s Tim Gajser take back the red plate in MXGP, while in MX2 Monster Energy Yamaha Factory Racing’s Maxime Renaux edged out even further in his maiden title chase.

This season, the MXGP of France is the second of eight back-to-back races and will head to a new venue, with Lacapelle Marival having the honour of hosting a Grand Prix race for the very first time.

Yet Lacapelle Marival is not completely unfamiliar to the paddock, as the majority of the riders have all had a chance to line-up at the French circuit for the well-known pre-season international ‘The Masters of Motocross’. But while this will be the first time that an official MXGP and MX2 World Championship race will take place there, it has previously hosted the MX3 and Women’s Motocross World Championship rounds back in 2009 and 2011.

Now 10 years later, Lacapelle will make its debut in what promises to be another exciting Grand Prix as the MXGP and MX2 championships remain tight knit. What’s more the action will also include rounds of the EMX250 and EMX125 Presented by FMF Racing, with Fantic Factory Team Maddii’s Nicholas Lapucci looking to extend his championship lead in EMX250, while MRT Racing Team KTM’s Valerio Lata will look to keep control of the EMX125 Presented by FMF Racing series after taking the lead at the last round in Germany.

In MXGP, things could not get any closer as Team HRC’s Tim Gajser leads the series once again, but by the slightest margin of just two points. The Slovenian took back the red plate from Red Bull KTM Factory Racing’s Jeffrey Herlings, as he made a stellar return to the top step of the podium after injury.

The next races will be vital for all of the championship contenders, especially Monster Energy Kawasaki Racing Team’s Romain Febvre who will line-up on home soil for the first time since 2019. For Febvre the home Grand Prix will be important as he will look to repeat his success of the German Grand Prix and get on the podium once again, as well as whittle down the eight-point gap he has to Gajser.

Of course, Jeffrey Herlings will not make this easy as he will look to fight back after an intense weekend in Germany that saw him battle with his teammate Jorge Prado of Red Bull KTM Factory Racing, with the pair colliding at the end of the race which put Prado out of race two. The extent of the Spaniard’s injuries is unclear, but hopefully we see him line up for the races and continue his fight for race wins.

Red Bull KTM Factory Racing’s Tony Cairoli will also look to make up for lost ground after a 5-10 result in Germany. Cairoli is still struggling as a result of his crash in Riola Sardo several weeks ago, but with time we should see the nine-time world champion fighting at the sharp end once again.

Meanwhile, Standing Construct GasGas Factory Racing’s Pauls Jonass continues his positive run this season as he edges closer to another podium finish. Last weekend saw the Latvian battle well inside the top five as he finished fourth overall, just seven points shy of the podium. Jonass has proven that he is strong in hardpack and with the upcoming races all taking place on tracks with harder surfaces, it will be interesting to see what results he can deliver and whether a second podium this season is something he can achieve in this incredibly competitive class.

Monster Energy Yamaha Factory Racing’s Jeremy Seewer and Glenn Coldenhoff had a much more positive weekend in Germany, with the duo finishing fifth and sixth overall. The races saw both riders battle at the sharp end of the field, which is a step in the right direction, as the pair have struggled at times this season.

Rockstar Energy Husqvarna Factory Racing’s Thomas Kjer Olsen and Arminas Jasikonis will look to improve upon their results in Teutschenthal, after Olsen finished 12th overall and Jasikonis failed to score points in race one and only managed three points in race two.

Some big news coming from the paddock in the previous GP was the announcement that Mathys Boisrame will replace the injured Ivo Monticelli and Monster Energy Kawasaki Racing Team for the remainder of the season, which will see the MX2 rider move up to the premier class. The details of when Boisrame will line-up for the team are not clear but hopefully we see him at his home Grand Prix or not long after.

Beta SDM Corse MX Team’s Jimmy Clochet, Jordi Tixier of JT911 KTM Racing Team and Benoit Paturel of Honda SR Motoblouz will also look to impress in front of their home fans, as will wildcard riders Maxime Desprey, David Herbreteau and Brice Maylin who will make an appearance for the French Grand Prix. 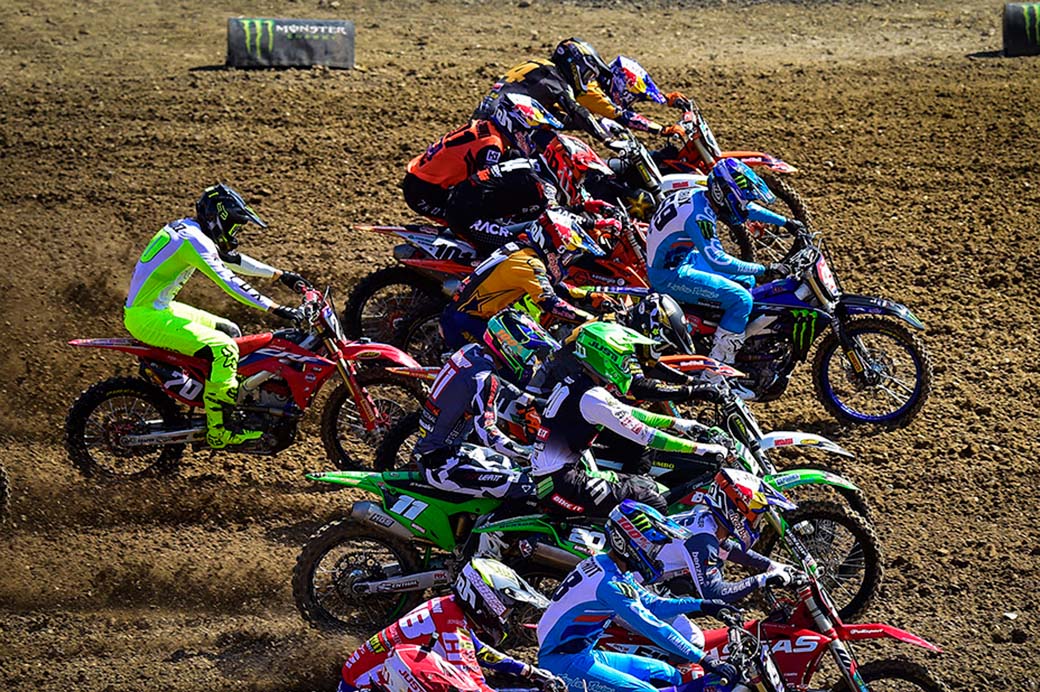 For the first time, Monster Energy Yamaha Factory Racing’s Maxime Renaux will get to enjoy his home Grand Prix and to make things even sweeter, he will do so with the red plate. For Renaux his first GP race in front of the French fans is bound to be exciting and hopefully the pressure of wanting to perform well at home will not affect his races.

Looking to challenge Renaux for the top step will be fellow Frenchman Tom Vialle of Red Bull KTM Factory Racing who will look to make a comeback to winning ways after a two-place penalty for not respecting waved yellow flags saw him break his Grand Prix winning streak.

Monster Energy Yamaha Factory Racing’s Jago Geerts will look for some more clean races in Lacapelle Marival, as he will look to whittle down the 85-point advantage that his teammate Renaux has in the championship. The third Yamaha factory rider, Thibault Benistant will look to put on his best performance at his first French Grand Prix and hopefully be in with a chance to fight for his second podium as an MX2 rookie.

The MXGP of France will also be an important one for Red Bull KTM Factory Racing’s Mattia Guadagnini and Rene Hofer, as Guadagnini will need to deliver some strong results to get back in the title fight as he has now dropped to third on the standings and is 12 points behind Geerts, while for Hofer this weekend will be another opportunity to get on the podium after he celebrated his first MX2 top three finish last weekend in Germany.

Also looking to get back on the podium will be Rockstar Energy Husqvarna Factory Racing’s Jed Beaton and Kay de Wolf. Last weekend both riders finished fifth and sixth overall, so it would be good to see them continue with these positive results and make another podium appearance this season.

Another rider that would be nice to see on the podium is Hitachi KTM fuelled by Milwaukee Conrad Mewse, who was incredibly fast in Teutschenthal, though his results did not reflect that as he placed eighth overall. Nonetheless, the Brit has proven several times this season that he is fast, but just needs two consistent results to solidify it.

Also looking to perform well at the upcoming races will be F&H Kawasaki Racing Team’s Mikkel Haarup and Roan Van De Moosdijk, as well as Simon Langenfelder and Isak Gifting of Diga Procross GasGas Factory Racing who also showed a glimpse of strong results in Germany despite some crashes and bad luck.

But of course, being in France Stephen Rubini of Team Honda Assomotor will be more motivated than ever to get some good results, meanwhile Calvin Fronvielle will hope to do the same as he will make a wildcard appearance in the MX2 class.

Note: All times are local and subject to change 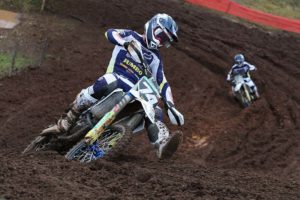 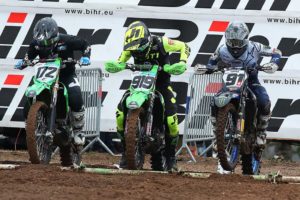 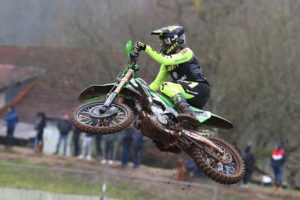 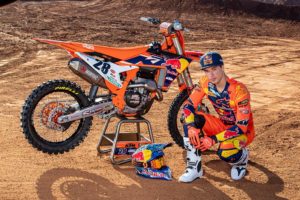 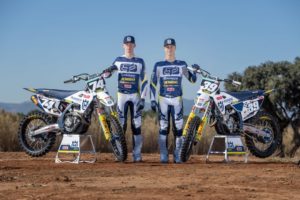 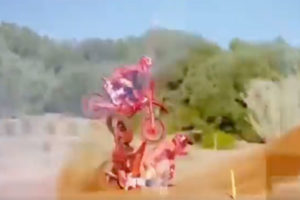