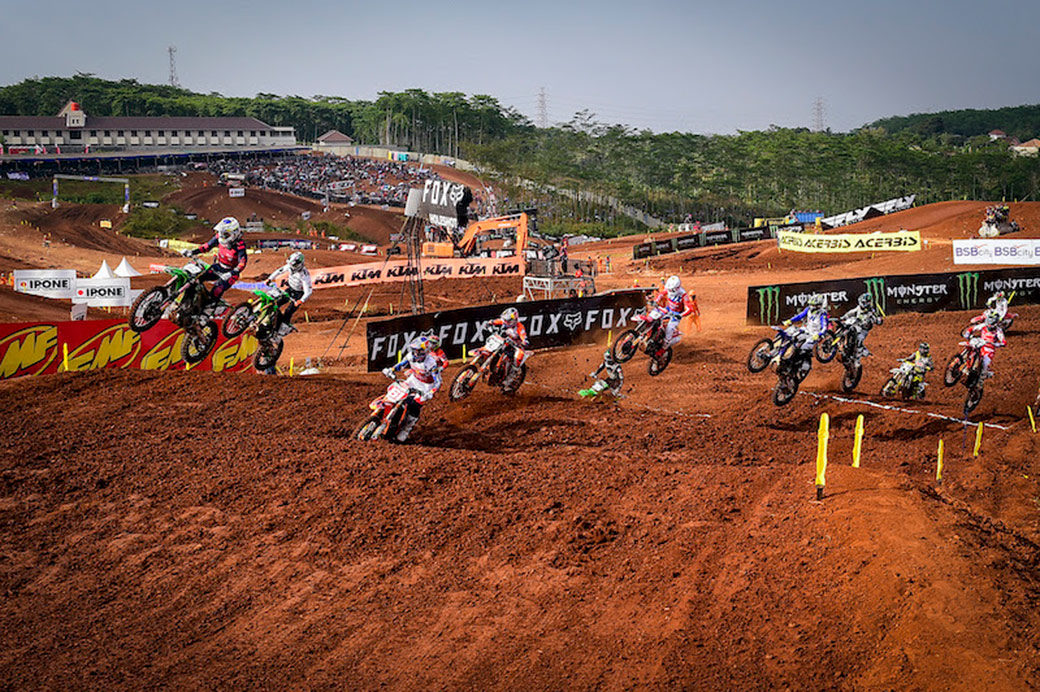 The MXGP of Jakarta has been cancelled, Infront Moto Racing has announced today.

The 13th round of the 2022 FIM Motocross World Championship was set to run on July 2-3; however, despite the best efforts by the local organiser, it has not been possible to secure the proper running of the event for this year.

“Infront Moto Racing and the FIM look forward to returning to Jakarta for FIM Motocross World Championship in the future, but for now the focus is on the MXGP of Indonesia which will take place in Samota-Sumbawa on June 25-26,” said the rightsholder in a press release.

A presentation took place today to promote the MXGP of Indonesia to the national media. Present for the conference was the Governor of West Nusa Tenggara Dr H. Zulkieflimansyah along with the Chairman of IMI/Indonesian Parliament H. Bambang Soesatyo as well as the CEO of Samota Enduro Gemilang Muhammad Ihsan Zulkieflimansyah and the Organiser of the MXGP of Indonesia and CEO of Sport Talenta Indonesia Happy Harinto among other local authorities.