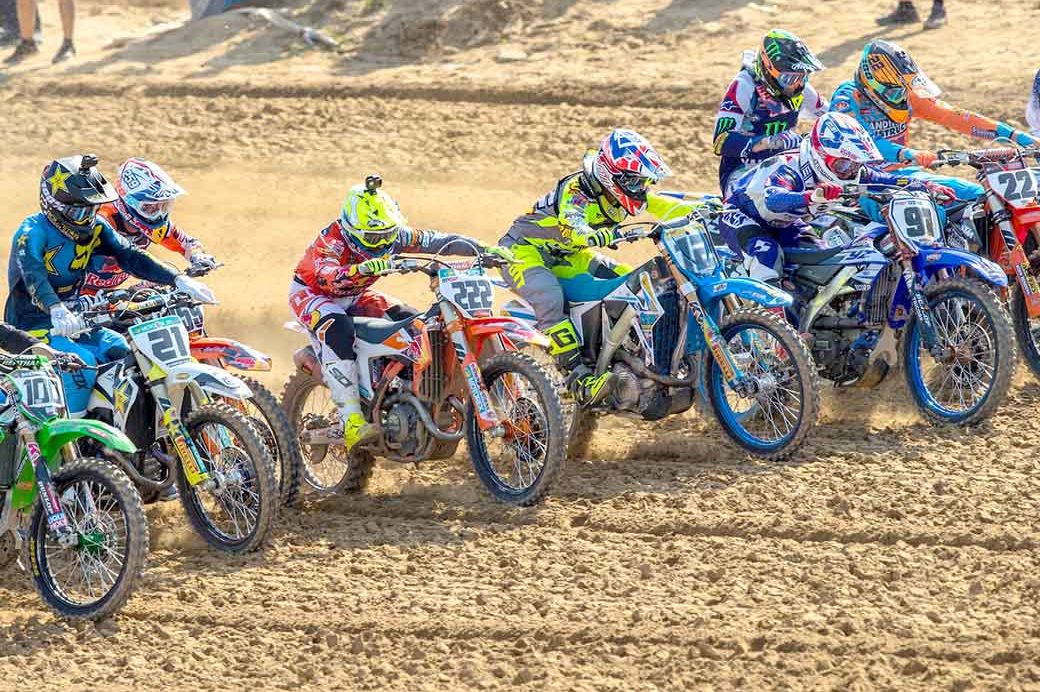 Max Anstie swept back onto the podium for the first time this year with two stunning rides at Ottobiano as the world title chase tightened up in both MXGP and MX2.

“It’s been a long time,” said Anstie, “and I’ve had a terrible first half of the year. I went into the season so confident after my performance at the Nations at the end of last year but then I suffered a concussion in Spain.

“I’ve had a bad time since then, crashing during the week as I tried to catch up and I was tired at the weekends. Anyway, I hope I’ve turned the page now and can keep it up. “The track was intense today – it wasn’t particularly rough but it was so fast with sharp kicker bumps.”

Anstie wasn’t the only rider with cause to celebrate at the end of the weekend. With Jeffrey Herlings absent, Tony Cairoli grabbed his chance with both hands and scored a double win to head to Indonesia trailing the Dutchman by just 12 points and in MX2 Jorge Prado is now just nine points off Pauls Jonass after his fifth GP win of the season. 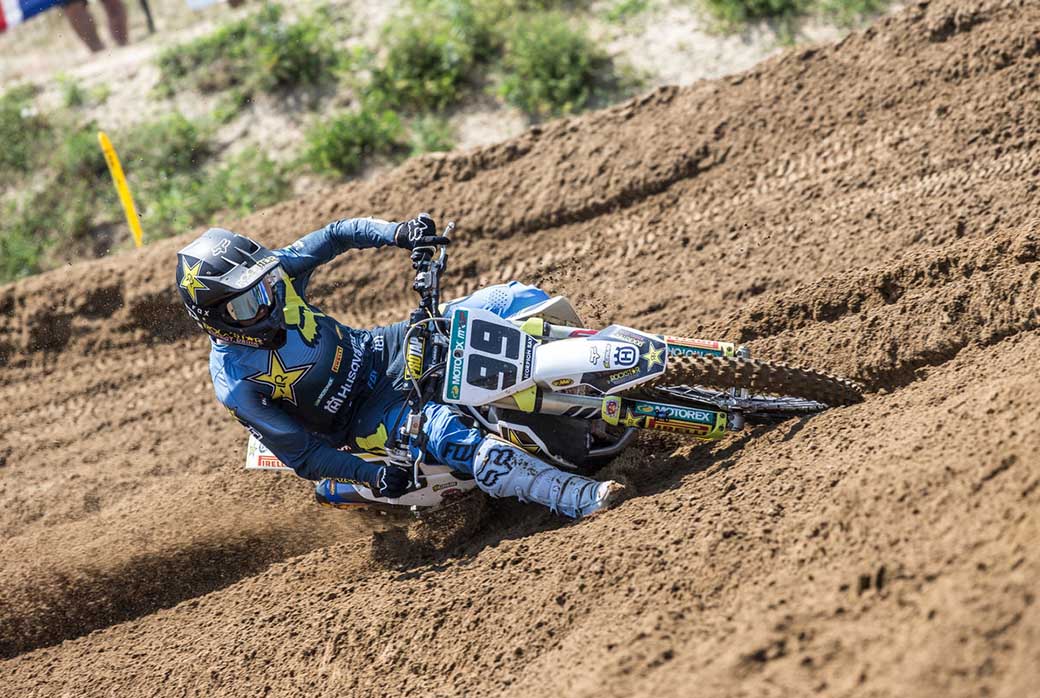 It wasn’t all plain sailing for Cairoli, whose two first-lap crashes in qualification left him with seventh gate pick for race day. He was concerned about how much energy he used on Saturday and justifiably too because while temperatures were 10 degrees down on the horrific 42 of 2017, the high humidity was challenging for all.

Come race day and TC knew the secret to coming out of the fast first run sweeper safe and up front by railing the outside and going even further than necessary to lessen any chance of a collision.

In both motos he hit the front on the opening lap, once with a clear run and second time out with two devastating wide passes on Clement Desalle and Kevin Strijbos. “I put in three or four good laps in the first moto and controlled it from there,” he said. “I tried to do the same in race two but I was in too high a gear going into a turn on lap two and lost the front end.”

How long did it take to regain five places against the best riders in the world? Three laps! And then Tony was on his way to the 50-point maximum and looking forward to Indonesia.

Quali winner Romain Febvre initially chased Cairoli in race one before binning it in a turn to hand second to Desalle but the Belgian came under extreme pressure from Anstie through the closing laps. The one-line track – for everybody bar Cairioli – saved second for Desalle. Anstie closed but eventually tucked the front end trying a last-ditch move.

The GP was not kind to the other Brits. Tommy Searle’s bike quit at the gate in race one and he inevitably needed several laps to relearn the track in race two before advancing to 13th.

Shaun Simpson fared even worse.“I crashed early on and then again at the end of the waves after getting back to 18th,” he said. “The bike was bent and I took a knock to the ribs.”

In race two he was running a little better in 17th until Desalle bogged in a turn right in front of the Scot, with the resultant fall pushing both of them back to the edge of the points. Graeme Irwin salvaged two solid scores from 18th and 16th. 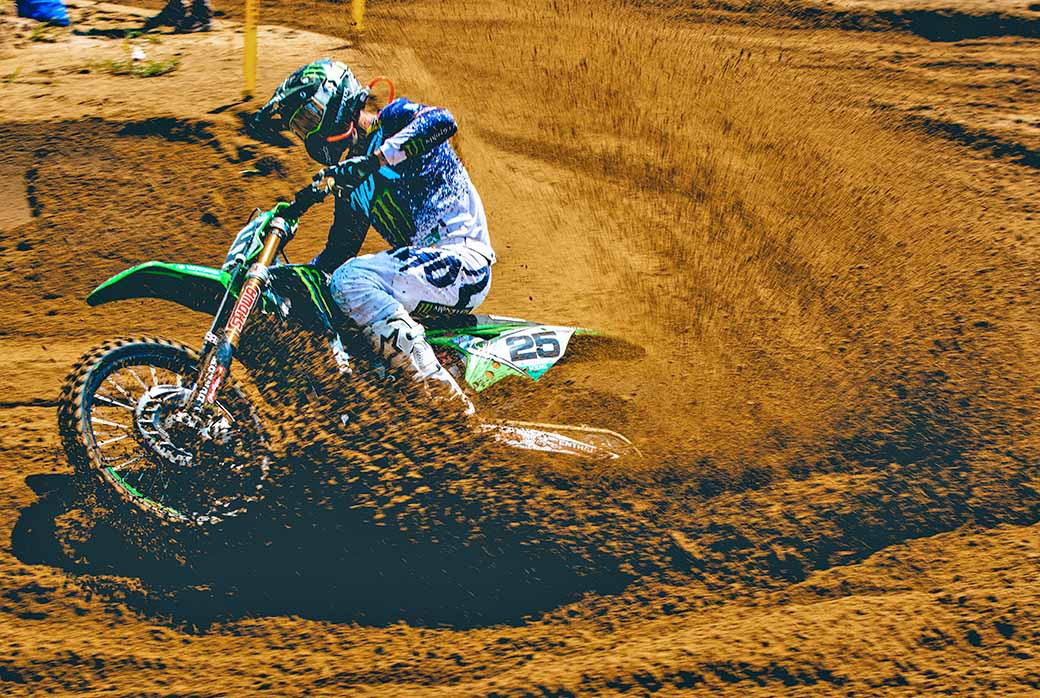 Thomas Covington looked like the man in MX2 as he followed up his quali victory by running down Jorge Prado in an opening GP moto where the only other potential or actual moves were Ben Watson’s continual pressure on Pauls Jonass for third, a stunning charge by Conrad Mewse from 11th to eighth and Calvin Vlaanderen’s second-half backwards surge after he pushed too hard in the heat through the early laps.

To his own surprise it was Covington who faded in race two. “I settled into second and expected Jorge to drop off the pace but he didn’t,” said the American. “That got me mentally and I started hitting all the bumps.” At the close he was down to fourth.

Prado was almost as surprised by his performance as Covington was after he had withdrawn from the second moto 12 months ago with heat exhaustion but this year he was on it to the end.

“Last year was not the best for me here,” he said, “but I had a really good weekend this year and felt really comfortable in race two.” The Spanish kid is now just nine points shy of Jonass and the Lativan is getting rattled. 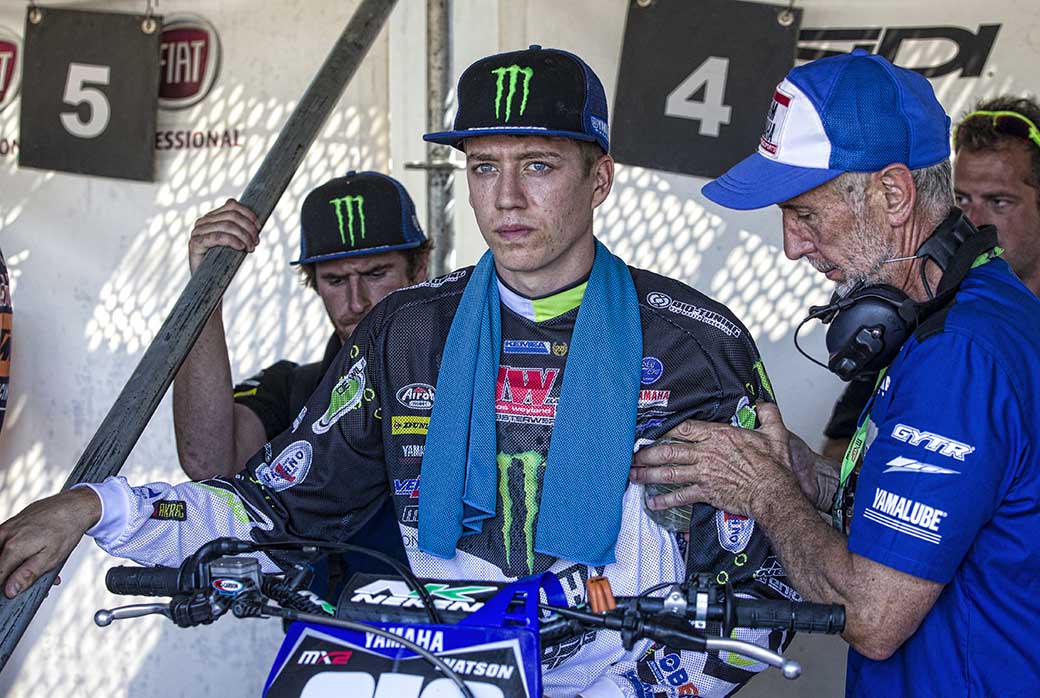 “I really struggled with the track and couldn’t find my rhythm,” he said. “On top of that my left hand went numb 15 minutes into race one and I had blisters in race two. But it’s still a long season – anything can happen and I need to stay sound.”

Watson had to come from 12th to fifth to end the day dropping four points to Olsen in their tussle for bronze but the gap back to Vlaanderen in fifth is now 53 and it’s another 32 to Covington. Mewse was again advancing in the top 10 until he went out mid-moto.

Ottobiano was not a kind track for the Brits in the support classes. The balls-out raceway gives little reward to technical finesse other than an ability in sand and racing all weekend was decided in most cases at the horrible 180 degree first turn.

None of the Brits gated well in the Saturday evening EMX250 moto but Martin Barr pulled off the save of the weekend as Marcel Conijn bounced off fellow Dutchman Roan van de Moosdijk at turn one straight into the Ulsterman’s path and he got rammed from behind by Mikkel Haarup.

Settling down in ninth by the end of the first full lap, Barr was virtually the only one in the top 10 making headway as he pushed forward to sixth but series leader Mathys Boisrame was second throughout to add seven to his points advantage.

Mel Pocock moved from 17th to ninth with Todd Kellett, Josh Spinks and Steven Clarke making similar restricted headway in his wake. The most impressive ride through the pack came from Haarup – on the deck at turn one, he was 11th at the finish.

Clarke had the start sussed on Sunday morning to muscle his way to the front and was soon alone as Saturday winner Dylan Walsh binned it on lap two, to leave the Brit three seconds clear until Jett Lawrence got the bit between his teeth to make the pass. Barr was nowhere but Pocock had gated 10th and was right on Boisrame’s tail until the Frenchman binned it after the pair touched.

The WMX opener was a Kiara Fontanesi festival as the ebullient Italian muscled her way into the lead by lap three and stayed there. Courtney Duncan got back to her old habits by crashing twice before salvaging second with the fastest lap of the race. 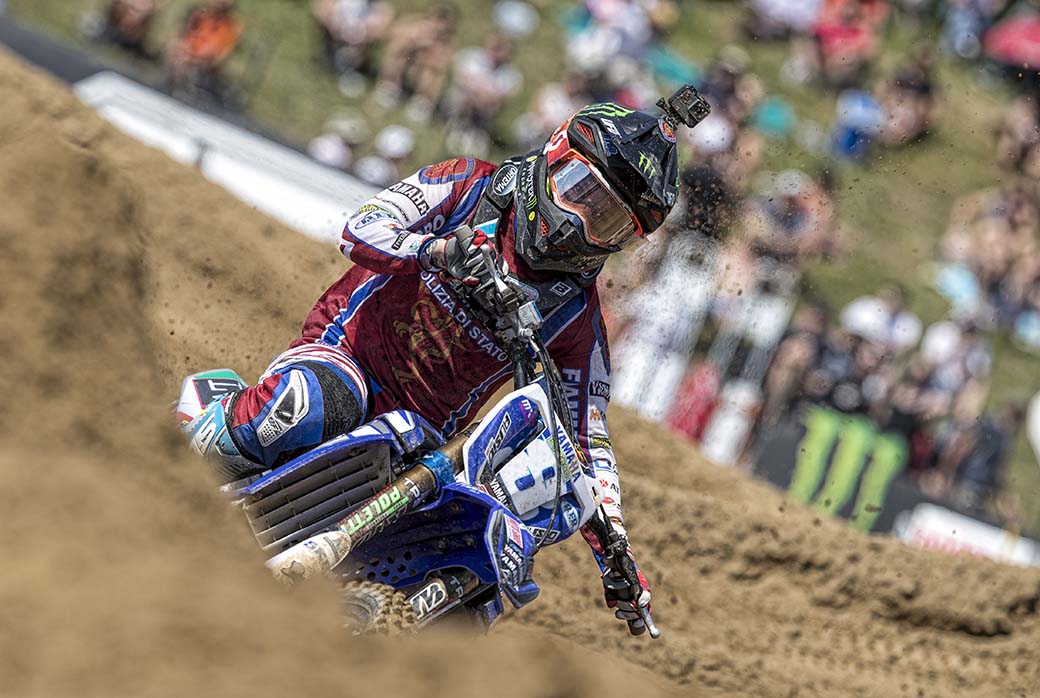 Nat Kane was sixth throughout and Stacey Fisher wrung the neck of her 125cc smoker for points in 17th. The Sunday morning race saw Nancy van de Ven ease past Larre Papenmeier first to hold a narrow advantage over Duncan to the finish with Fontanesi a distant third.

Kane was eighth from 14th on lap one to keep closing back in on Steffi Laier in the tussle for fifth in the series while Fisher was out of the points in 24th from 32nd first time round.