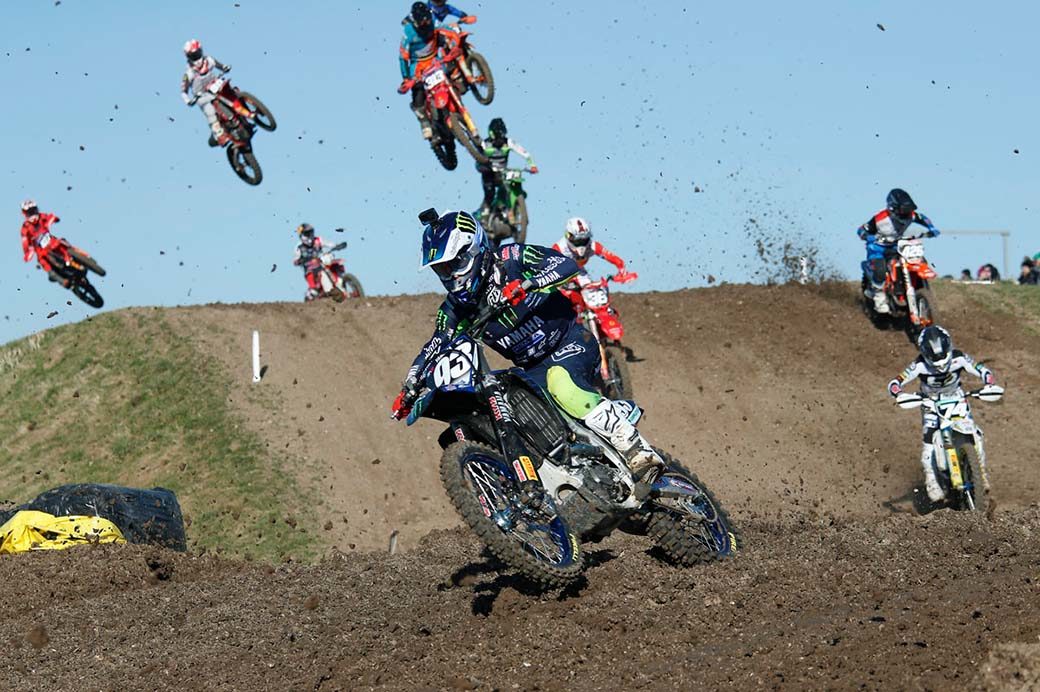 MXGP of Lombardia Qualifying results from Mantova on March 5, 2022.

While it was Jeremy Seewer (Monster Energy Yamaha Factory Racing MXGP) that bagged the holey in Mantova MXGP Qualifying, it didn’t take long for Tim Gajser (Team HRC) to make his way up from third to take over the lead. From there the Slovenian gapped the field for a comfortable win.

Ruben Fernandez had an early exit from the moto as he spectacularly crashed on the finish line jump at the end of the opening lap. He was able to pick himself up and didn’t appear to be seriously hurt; however, his bike was a different matter. Although it didn’t impact his second-place finish, Seewer also had a brief off-track excursion as he left the track.

The track looked slick and Gajser noted after the race that it wasn’t as deep as it has been in the past – a lot more hardpack.

Vialle continued his charge and took Langenfelder’s front wheel, leaving the German on the deck. Van De Moosdijk had nowhere to go and ran over Langenfelder, which ejected the Dutchman and left Langenfelder holding his back.

Besides a little tip over from Vialle, which didn’t impact his finish, it was a bit of a train to the chequered flag.