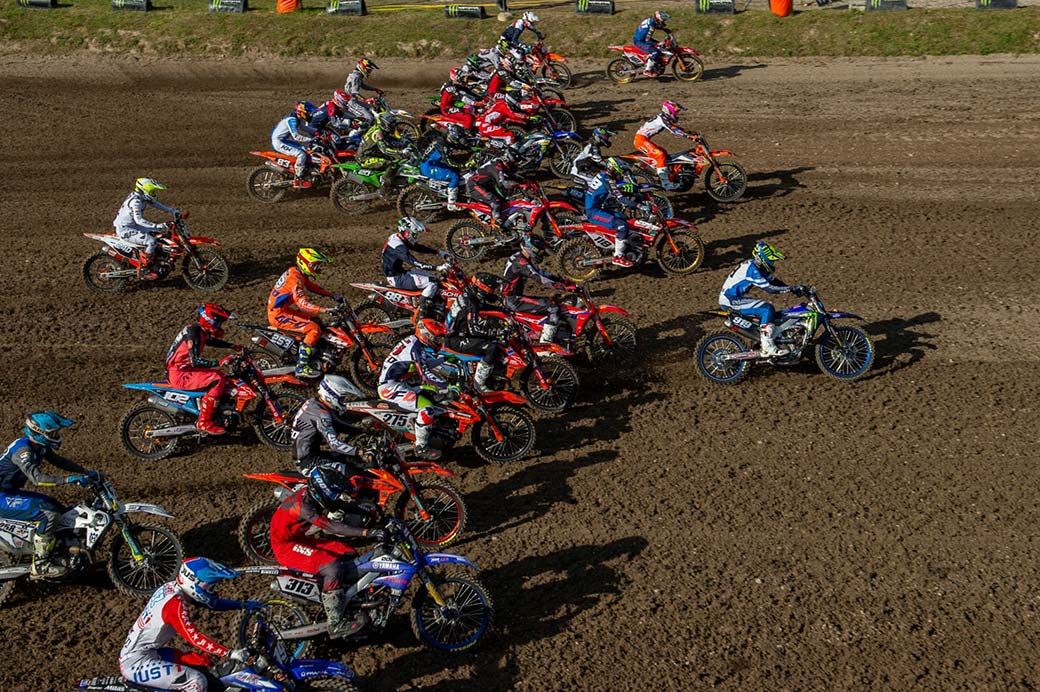 It was a case of when not if. As many had expected, some big changes to the 2021 MXGP calendar have been announced by Infront Moto Racing.

Infront Moto Racing would like to inform of the changes that have been applied to the 2021 FIM Motocross World Championship calendar.

There have been unavoidable updates to the 2021 FIM Motocross World Championship due to the ongoing COVID-19 restrictions, but Infront Moto Racing together with the FIM, the FIM Europe and all the organisers have been working hard to maintain a full racing calendar for one of the most competitive seasons of MXGP.

As a results, the MXGP of Portugal that was originally scheduled to take place on the 23-24 of October and the overseas races, MXGP of Argentina, MXGP of Asia and MXGP of Bali will no longer take place this year, but they will all be postponed to 2022 and instead will be substituted by a triple-header in Pietramurata with the MXGP of Trentino (23-24 October), MXGP of Pietramurata (26-27 October) and MXGP of Garda (30-31 October) and two events in Mantova for the MXGP of Lombardia (6-7 November) and MXGP of Città di Mantova (9-10 November).

Following the success of last year’s triple GP in Trentino, there is no doubt that this season the trio of races will once again deliver some incredible racing as we draw this exciting season to a close while MXGP will return to Lombardia following the eagerly anticipated Monster Energy FIM Motocross of Nations to crown the Motocross World and European.

In addition, Infront Moto Racing regrets to inform that this year’s FIM-Europe Motocross of European Nations will not go ahead as originally planned and will be postponed to 2022 at a venue to be announced soon.

The 2021 edition of the MXoEN was due to take place in Riola Sardo, Italy, later this season, though the tough decision was made to push back the event by a year. Infront Moto Racing and FIM Europe look forward to a fantastic edition of the Motocross of European Nations in 2022. More info on the venue that will host the 2022 event will be shared soon.

IMR would like to thank you all for your understanding in this difficult situation as the aim is to present the most complete FIM Motocross World Championship season of racing with some incredible action of MXGP and MX2 stars who continue their battle for the title.

The latest revision can be seen below. 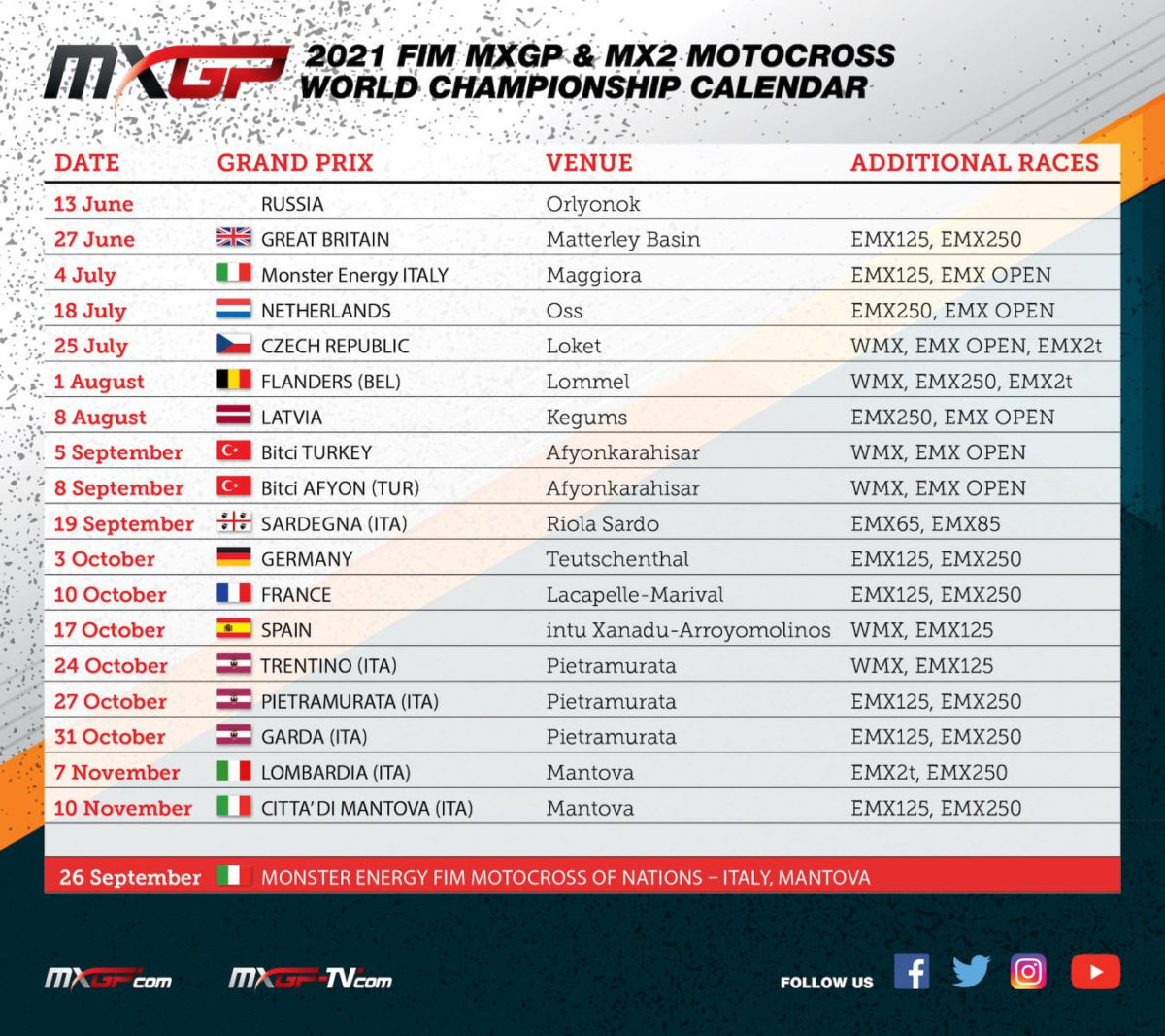