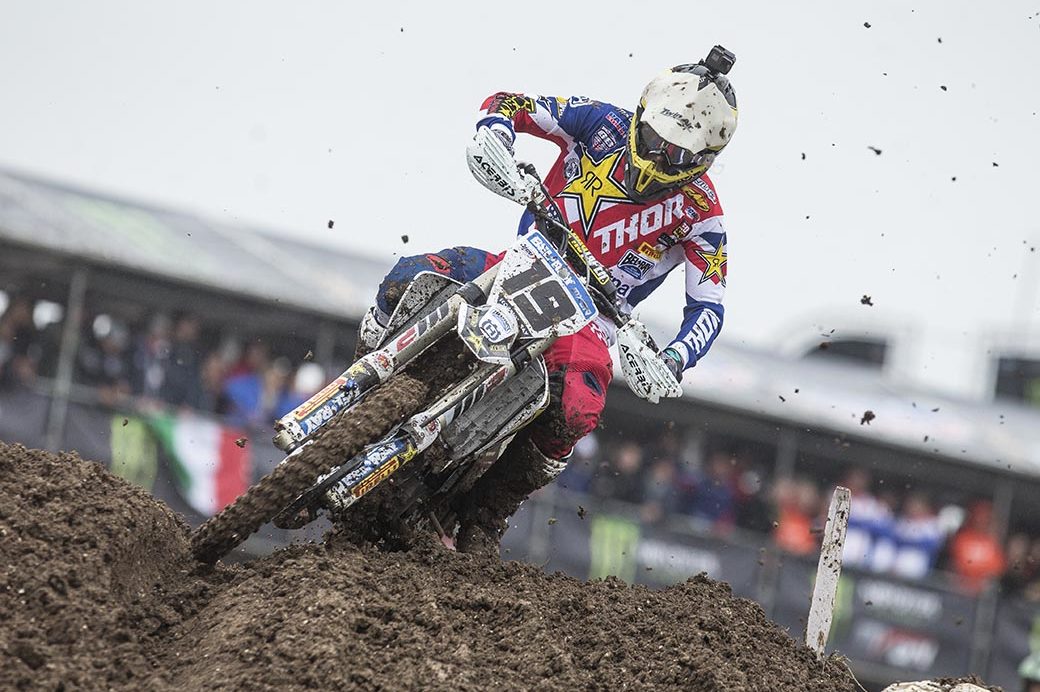 With pretty much every other nation on the planet announcing their Motocross of Nations teams in recent weeks I’ve been on tenterhooks waiting for Mark Chamberlain to put us out of our misery and let us in on his not so little secret.

Of course, Chambo has been busy in recent weeks getting his new venture, the Action Sports Music Live festival, off the ground although I believe the bigger stumbling block is budget for the team and its hangers-on, or lack thereof.

Apparently, long gone are the days when riders were so pumped to get offered a ride for Team GB that they’d scour the TMX Classifieds for a suitable bike to ride, load up the van and then go represent Queen and Country with a smile on their chops because now ‘the package on offer’ is equally as important as the selection itself if not more so.

Admittedly, there’s one hell of a cost involved in representing your country at the MXoN especially when it’s in the US of A. But there’s also the prestige involved and it obviously means a hell of a lot to the brands that back a rider/team that they’re present at the MXoN. If anything, more of a marketing push is made around this event than any other single race on any schedule…

While people are quick to slate the ACU for not bankrolling the whole thing I feel that the time of their responsibility has passed somewhat and to a degree all the federations should stump up something – maybe not the AMCA or BSMA but definitely those that sanction a national ‘Pro’ race series.

The reason I say that is because if the ACU were still the sole sanctioning body for professional motocross events in the UK they’d be processing – and therefore skimming off (for want of a better phrase) – a bigger percentage of the monies involved than they do currently.

Anyhoo, stepping away from my soapbox for a moment and back to the original subject I suppose I’d best address who my dream team would be if funds were no issue…

The beauty of the MXoN is that the MX2 age rule isn’t included which enables us to chuck a more mature rider out on a 250 to mix things up.

The mixed-capacity nature of the event means the MX2 rider is in for a tough day as getting a 250F off the line amongst the 450s is hard enough at the best of times but made even worse when the start is ripped deep as it most likely will be at RedBud.

Our leading MX2 rider – Ben Watson – isn’t renowned for getting great starts and that’s in a field full of 250s. And although his race pace is better than average the likelihood of him charging through an MXoN-class field of 250 and 450 riders is probably lower than normal.

So is it better to stick Conrad Mewse in there on his rocket-powered KTM? Or possibly Tommy Searle on Sanayei’s Dixon-tuned beast? Or maybe even consider dropping Max Anstie – who should have access to a factory Husky – down to the MX2 division?

I feel that Anstie has the potential to win on any capacity machine if he gets out of bed on the right side so he should be a shoo-in for the MX1 or Open ride really.

Tommy and Jake Nicholls are our other strongest 450 candidates so given the fact Searle has the option of a speedy 250 – and the skill set to pull off a very strong result on one – I’d go Max in MX1, Tommy in MX2 and Jake in the Open class in order to get the best result possible on the day.