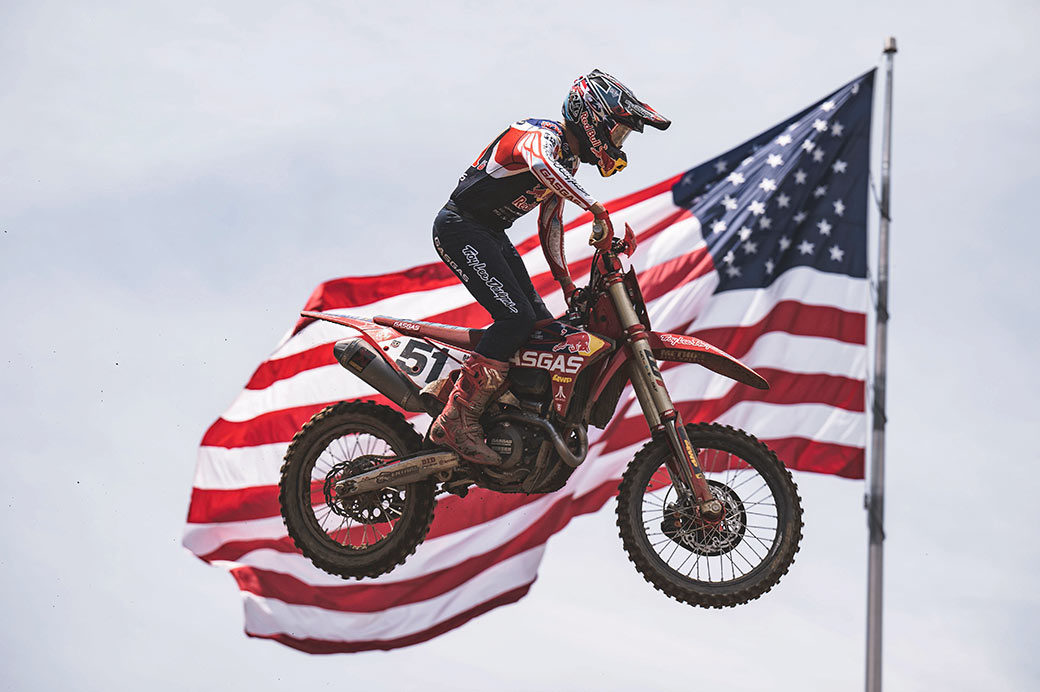 Justin Barcia has pulled out of the running for Team USA’s RedBud Motocross of Nations squad.

It’s a dramatic change of heart for the TLD Red Bull GASGAS Factory Racing rider after putting in a solid case to be included in the 2022 RedBud MXoN roster on a 250cc machine.

Before Pro Motocross took its two-week break, Barcia was seen battling Christian Craig at the Washougal National. They appeared to be slugging it out in front of the cameras as if they were auditioning for the coveted spot.

However, Barcia has now elected to drop out of contention. On Instagram, the 30-year-old explained why. “I bleed USA. I’m always honoured to represent team USA at the MXoN,” Barcia wrote.

“Unfortunately, I have pulled myself out of the running to represent on a 250 this year. I rode the bike a week ago and told the crew the bike and myself could bring it home for USA, but after a ton of debating, I don’t believe it would be fair to the team when I’m not able to 100 per cent prepare on a 250 right now.

“After Washougal, I flew back to California to work with [the team] on my 450. I haven’t gotten to a spot this year where I feel I’m riding to my full potential, so I have to keep giving my 450 season all my attention which won’t allow me to dedicate enough time to prepare for a 250 MXoN run.

“I’m very thankful for this opportunity, I wish Team USA the best of luck and look forward to another opportunity next season.”

With Barcia out of the running for the MX2 spot, that leaves the door wide open for Craig and his potent Monster Energy Yamaha Star Racing YZ250F. Will he get the nod, or will team manager Roger DeCoster surprise us all and go in a different direction?