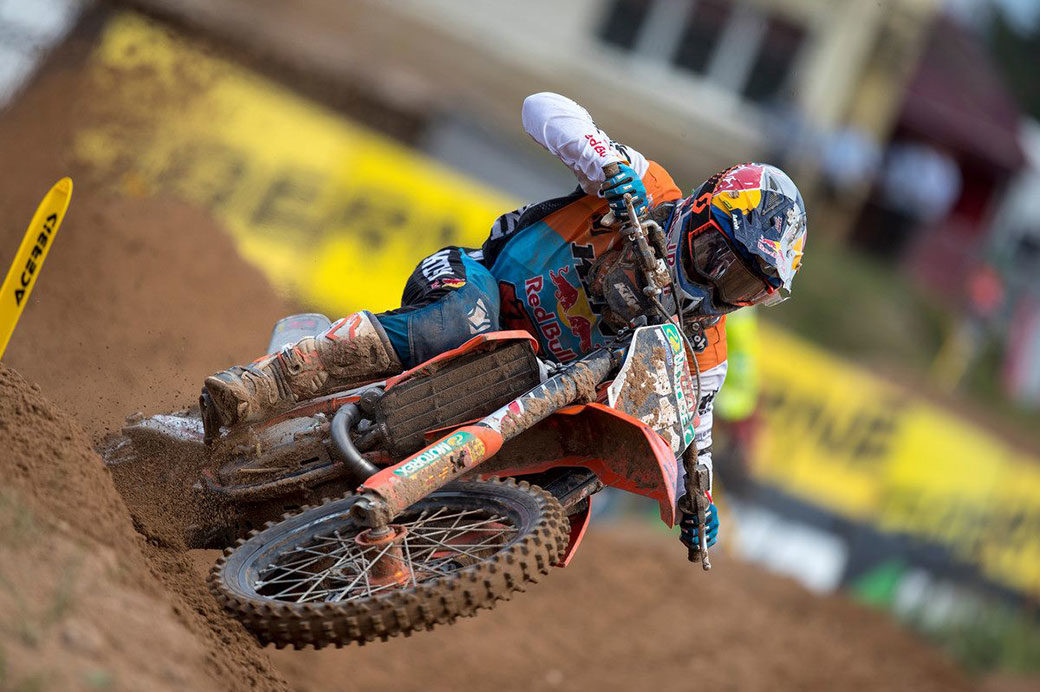 Rene Hofer will join Red Bull KTM as a full-time Grand Prix rider in 2020. The 17-year-old impressed with three wild-card MX2 appearances in 2019 in what was his first full year of competition with the KTM 250 SX-F.

The Austrian will give KTM factory presence in the MX2 class alongside Tom Vialle next season with double world champion Jorge Prado joining the MXGP category with Tony Cairoli and Jeffrey Herlings.

The teenager (who will turn 18 in the first days of 2020) is a former FIM Junior and European Champion and has risen through the ranks. He won EMX125 European Championship races in 2018 and was a contender for the title until a mid-season injury. Hofer claimed a podium finish and classified fourth in the EMX250 standings at his first attempt with the KTM 250 SX-F in 2019.

The rider from Linz joined the Grand Prix team for three appearances this summer; taking his first FIM world championship points in the Czech Republic and then scoring 7th place overall at the Grand Prix of Italy at Imola. This weekend he will represent Team Austria as one of the three best racers from his country for the 73rd Motocross of Nations at the TT Circuit Assen.

Hofer will be the first Austrian to represent the modern incarnation of Red Bull KTM, the first in MX2 and the third native in the factory team after Heinz Kinigadner and current VP of Offroad Robert Jonas.

Rene Hofer: “I’m super-excited. We’ve really worked for this over the last couple of years and my dreams are coming true right now. We were not sure if it would happen for 2020 but I showed some good speed in the second half of the season and also that I could compete in good positions in MX2. I felt confident in the class from the very first time, even if the weekend routine is pretty different from EMX. 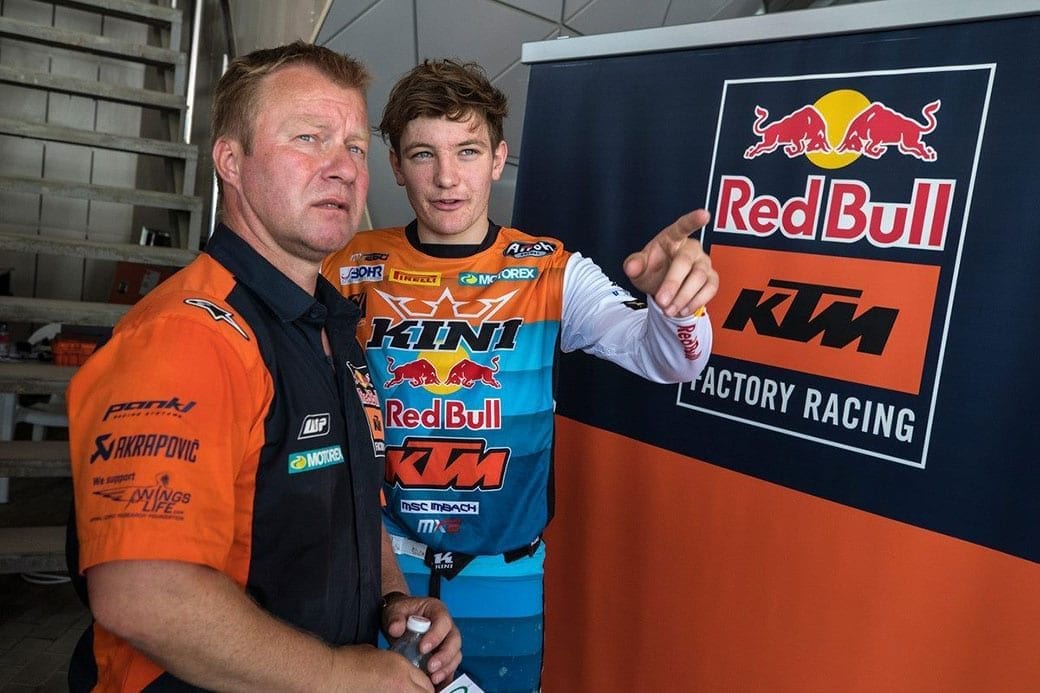 “I’m so grateful to be able to have the chance to ride for the most successful team in the GP paddock and to have the best racing people around me as well as being able to learn from Tom. I’ve trained with him a few times now and he’s a really nice guy. He had an unbelievable rookie season and I think we can put in some solid preparation work over the winter to be ready for 2020.

“I turn 18 next year and I know I am ready for this step. For sure the result in Imola was very good but I will be hungry for more and I will bring in the very best effort from my side. I cannot forget to thank all the people who have helped me reach this stage of my career and who have helped shape me as a rider and as a human. I cannot wait to start work for 2020 but first I need to focus on this weekend!”

Robert Jonas, VP of Offroad: “Rene has quickly moved up through the levels of the sport and he made sure that it was hard to ignore his progress in 2019 and his first with the 250 SX-F. After two seasons in the 125s and just one in EMX250 he was already pushing for a Grand Prix opportunity and showed us what he can do.

“We really like the mentality and the determination of this kid and we’re proud to be able to bring another rookie into our factory team for 2020. He’s Austrian and some might think this would be an advantage but it also comes with pressure, and we wanted to make sure that Rene would be able to handle this chance. I can remember this situation from my own experience and we have no doubts about Rene.

“2020 will be a learning year but, together with Tom, it means we have exciting and youthful talent behind an amazing strong MXGP line-up.”