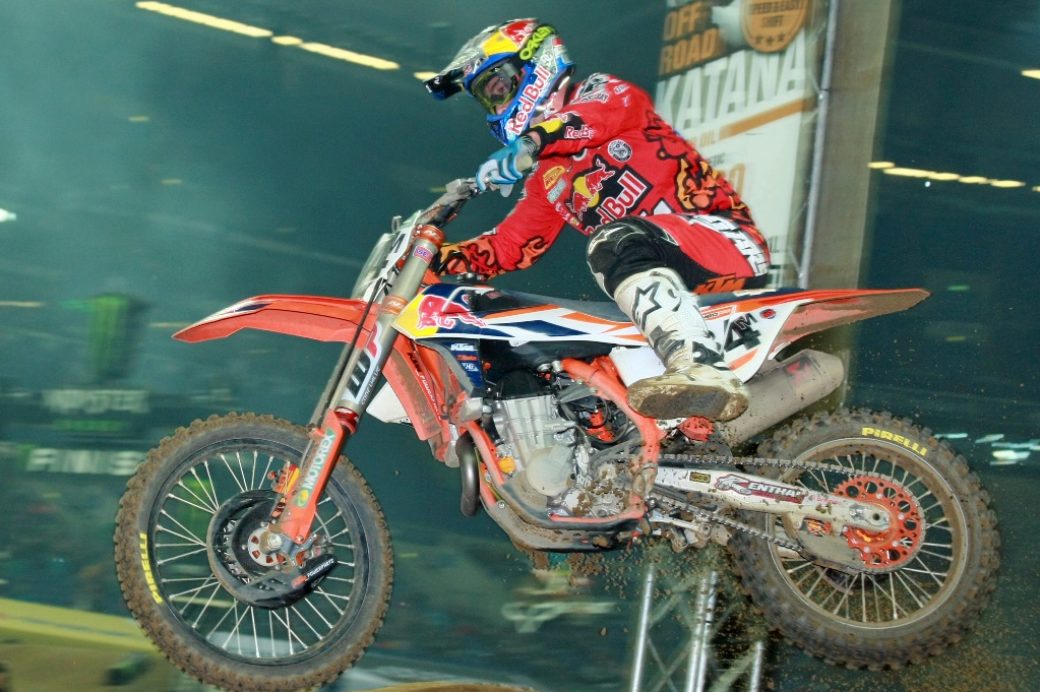 As many people expected the Red Bull KTM Factory team took out the victory, with Ryan Dungey, Marvin Musquin, Jeffrey Herlings and Jorge Prado. AMA Supercross champion Dungey was more than happy with his first race back in several months.

“It was nice to be back,” Dungey said. “My first race since my injury. We have had two or three weeks at the supercross track. It’s nice, but every time you go to the gate its nerve racking, but once we did that first one and Gajser was riding well and we had a good pace and by the time we got into the third one the personal reward was looking good and I was more focusing on the team aspect, that was first. Winning individually was second most important thing, and it was nice to get that one out of the way and it was nice from the boys at KTM, they all came up from Austria. It was a unique race and I am sure there was good coverage on television and the track developed much more different than I thought. I was proud of Marvin and Herlings and little Prado.”

Jeffrey Herlings looks super-fast all weekend and probably the fastest rider on the track, but crashes caused him to finish less than he might have expected.

“It is kind of a MXoN race,” Herlings said. “Coming here I knew I had the strongest team, which wasn’t the case at the Nations. I mean riding with these guys and working with Roger, who is the man of motocross. It was great all the KTM crew here and we gave them a 1-2-3 and the manufactures Cup, so that is pretty amazing. First moto I was struggling and tried to pass Romain and we both went down. Second moto I holeshot and I thought ok here we go, but then I went down and came from last to fifth. The last moto I figured we have to make it happen. I was mid pack and made it to the front. I am looking forward to next season and having more battles going on.

World MXGP champion and Honda rider Tim Gasjer was also super quick around the indoor motocross circuit, and despite picking up a slight injury enjoyed his evening.

“Track looked nice,” Gajser said. “I liked it, not too technical, but I liked it a lot. I think, we MXGP guys also know how to ride indoors, but for sure it was tighter, and they (the American riders) have more experience riding in a stadium, but I knew we would fight hard for sure. It’s nice having the names like Dungey, Musquin, Osborne and those guys who race in America. I think it’s the same, he is good, and a good guy, and a quick racer and fast and everything, but as a rider you go and do your own thing and you don’t think about somebody else. We never do that, because it will mess with your head.”

No doubt all three riders will look forward to coming back to the SMX Cup and continues what looks like being a long tradition to this event.