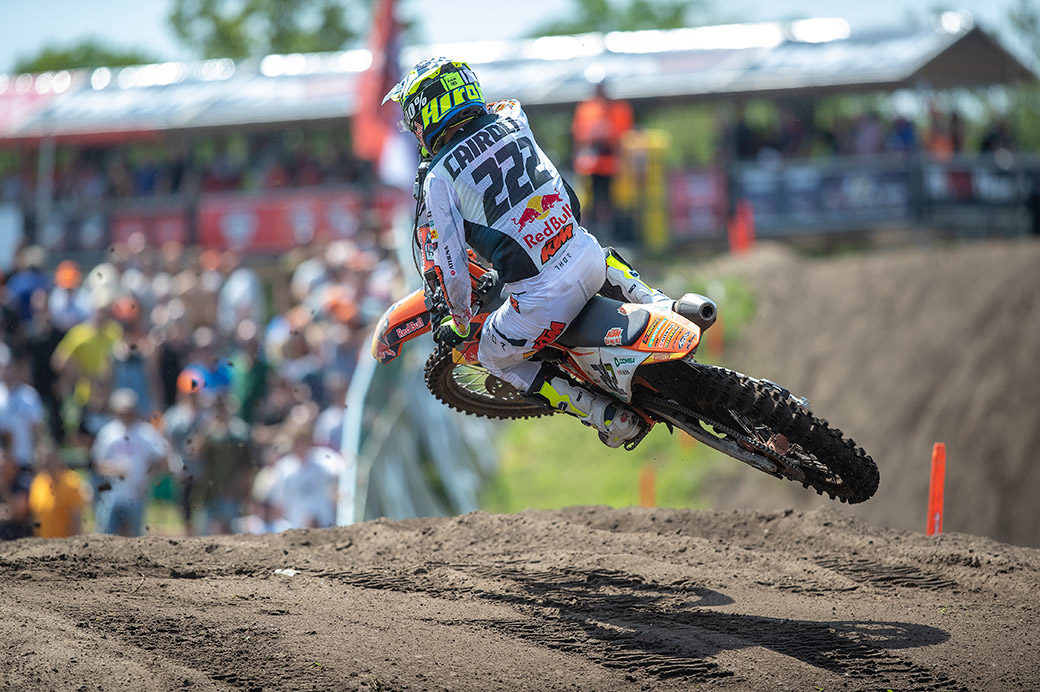 In a huge rumour leak bomb, a report suggests multiple team switches are on the cards for MXGP 2022, in what would be the biggest shakeup of the FIM Motocross World Championship seen in years.

The Kimi Raikkonen-backed IceOne team could be set to take over the reins of the Kawasaki Racing Team in 2022, says a report in Europe.

This week, Kawasaki Motors Europe and parent company Kawasaki Heavy Industries announced that 2021 will be their final season in the FIM Motocross World Championship, working with MX ESCA running under the banner of Kawasaki Racing Team Europe.

According to multiple reports, this will not be the only change to team structure for next season, with some riders and owners switching brands in the biggest single-year shakeup seen for many years.

If the IceOne Racing team were to take over the running of KRT, it would mean their relationship with the Husqvarna factory squad coming to an end after a number of successful years under the stewardship of Finnish former Grand Prix racer Antti Pyrhönen. IceOne last ran Kawasaki machinery back in 2012.

Rumours suggest that the Nestaan team, which operates the MX2 Husqvarna factory squad, is set to step in and run both factory efforts in 2022.

If that bit of gossip isn’t juicy enough for you, then how about the confusing structure of Red Bull KTM Factory racing becoming, well erm, less confusing. The rumour mill has it that Jeffrey Herlings and Tom Vialle will be the only MXGP riders on orange machinery in 2022.

The De Carli faction of Red Bull KTM will switch from KTM to GASGAS with Tony Cairoli, Jorge Prado in MXGP, and Rene Hofer and Mattia Guadagnini in MX2, say the rumours.

Of course, often when one rider/team switches brand, then there is impact elsewhere.

What isn’t rumour, and has us too excited for words is the entry of Triumph Motorcycles into motocross and enduro bike production, with plans to take on top tier competition with a full factory set up. And with Ricky Carmichael on board to offer his expertise in testing and the set up of a race programme, Triumph has secured some serious credibility.

Will Triumph be ready for 2022? Well, we asked, and they aren’t saying. However, surely they wouldn’t have announced now if they weren’t going to be ready to fly the British flag in 2022?