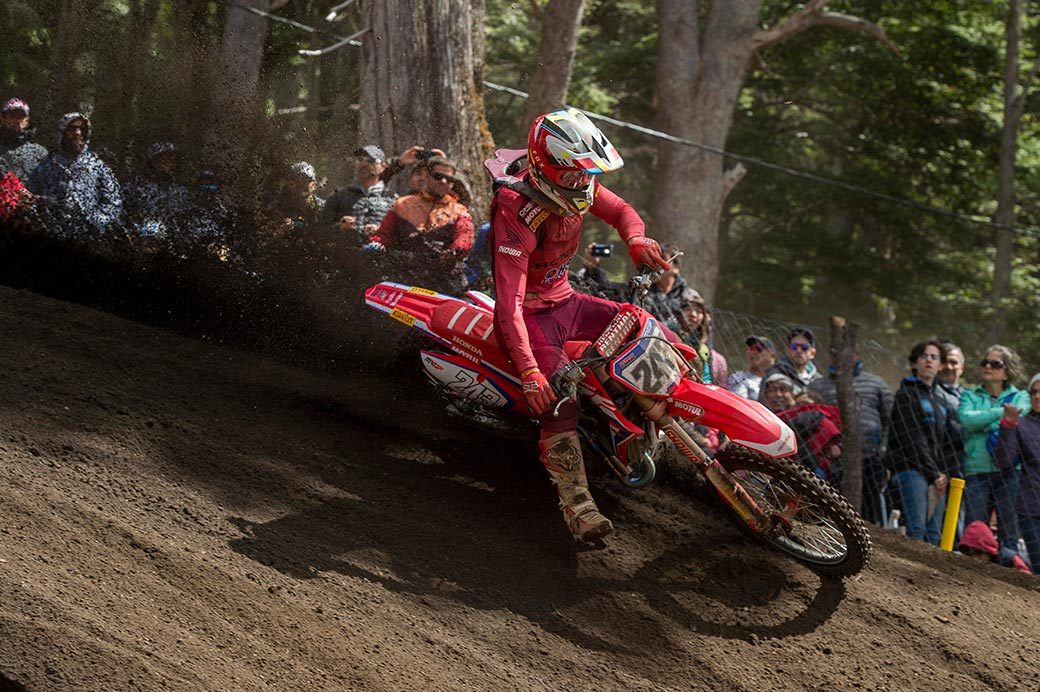 Team HRC and Tim Gajser started off the 2019 MXGP world championships with a second overall at the picturesque Villa La Angostura track in Patagonia-Argentina.

With a packed crowd showing their appreciation, Gajser led part of the second race as he looked on course for an overall victory. In the end, he had to settle for a pair of second place finishes, but it was an extremely impressive opening round for the Slovenian rider who has won at this track twice before.

Rounding the first turn outside the top five in moto one left Gajser with plenty to do, but he eventually settled into a rhythm and began to pick off riders one by one as the laps ticked off. With just five laps remaining he eventually made the pass on Romain Febvre for second and set about trying to track down Antonio Cairoli. Unfortunately time ran out before he could really mount a challenge and he crossed the line just over five seconds behind.

In the second race, Gajser was millimetres away from claiming the holeshot but he soon passed for the lead and set about trying to escape from the chasing pack. Unfortunately he couldn’t find his rhythm straight away and Febvre passed him early on. With Cairoli just behind, the three engaged in a great battle which eventually saw Cairoli move into the lead with Gajser close behind. The two quickly pulled away and although the #243 gave it everything he had, he missed out on the overall victory by under three seconds. It was still a podium performance though and one that sets him up nicely for round two in a few weeks’ time.

It was also a solid first round for fellow Team HRC rider Brian Bogers, who is easing himself back into this competitive MXGP class, after missing almost the entire 2018 season with injury. Bogers is hoping to get up to race pace as quickly as possible and felt that today was positive step towards that goal as he achieved two top 20 finishes.

With the next round of the series being at Matterley Basin, on March 23/24, Bogers has a couple of weeks now to build upon this solid showing and prepare himself for England and for what is another one of the best tracks in the calendar.

Tim Gajser: “I’m really happy to start the season strongly with a podium, and to feel really good on the track.

“In the first race I didn’t get the best of starts and it took me a couple of laps to find a good rhythm and to find the nice lines but once I did that, I passed a lot of the guys in front of me and finished in second. That was a great way to start the season off.

“Then in second moto, it was even better as I almost took the holeshot and I led for a lap but I was riding tight and not enjoying my riding so Romain [Febvre] and Tony [Cairoli] passed me. After this, I found my rhythm and found the flow around the track and was able to move into second and just start enjoying riding again. Two second-places is a good start to the season and I’m really looking forward to the next races.

“A big thanks to the whole team around me, who help me out and put together this amazing CRF450RW.”

Brian Bogers: “I felt pretty good today and it was better than yesterday so that was positive.

“I feel like I need a lot more of the race rhythm after being out for such a really long time. However I think I will get it back quickly and already the second moto was better than the first, even though I was 17th compared with 16th.

“The goal was the top 15 for this weekend and I think it was close to that with two solid motos with nothing strange happening, so I’m pretty happy with this weekend and it’s nice to know where I am now and where I need improve from here.”

Team HRC and Tim Gajser started off the 2019 MXGP world championships with a second overall at the picturesque Villa La Angostura track in Patagonia-Argentina. 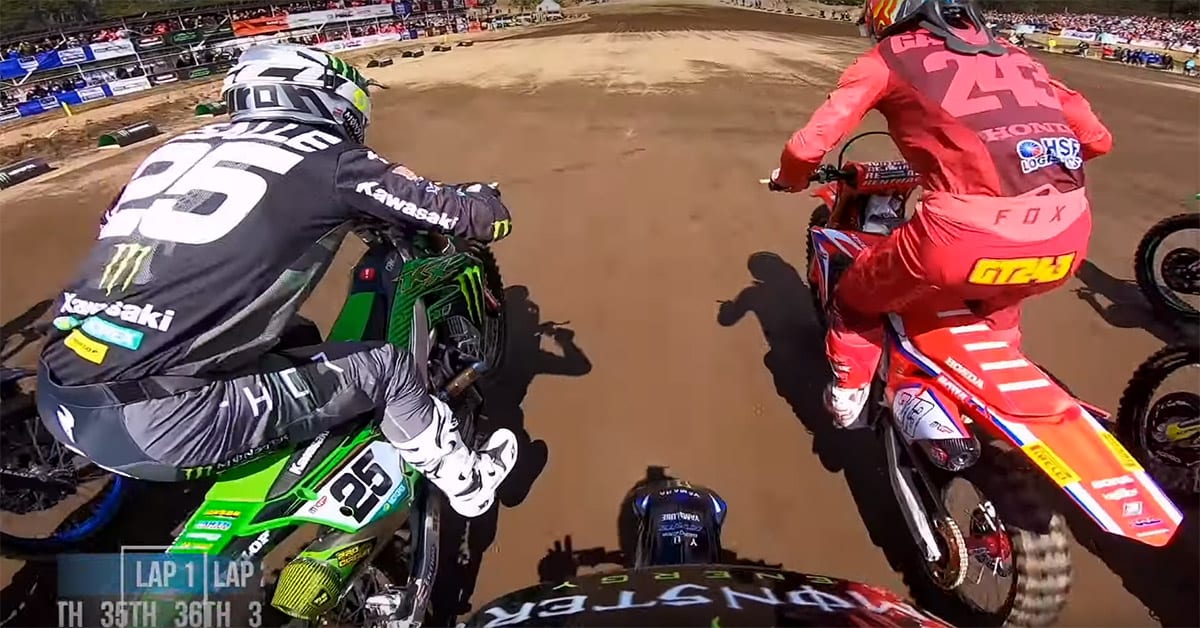 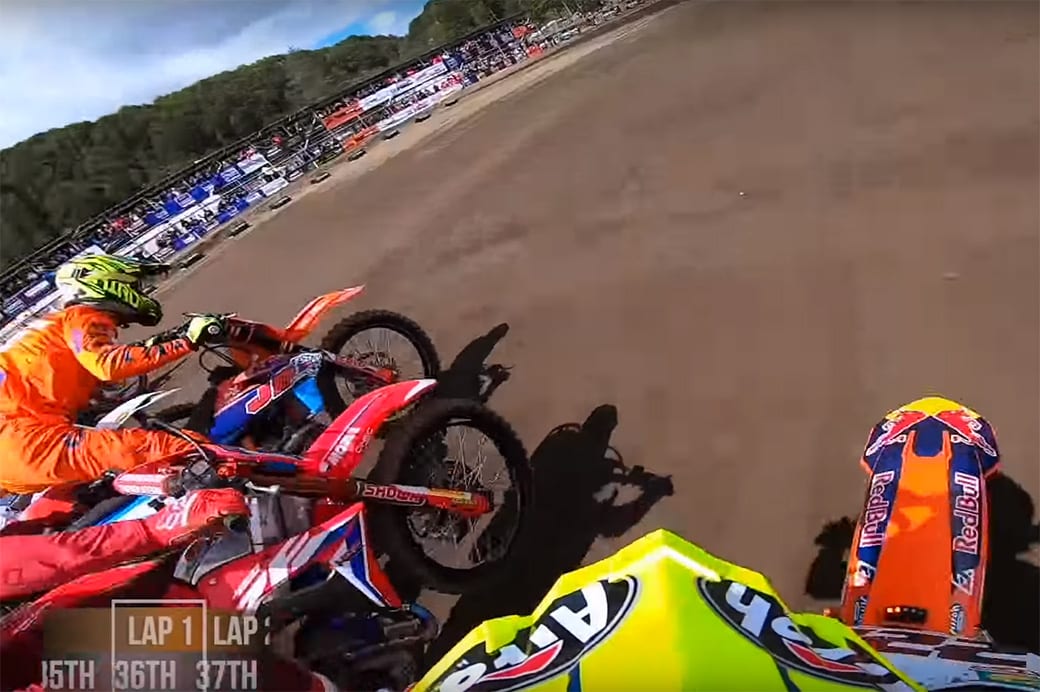 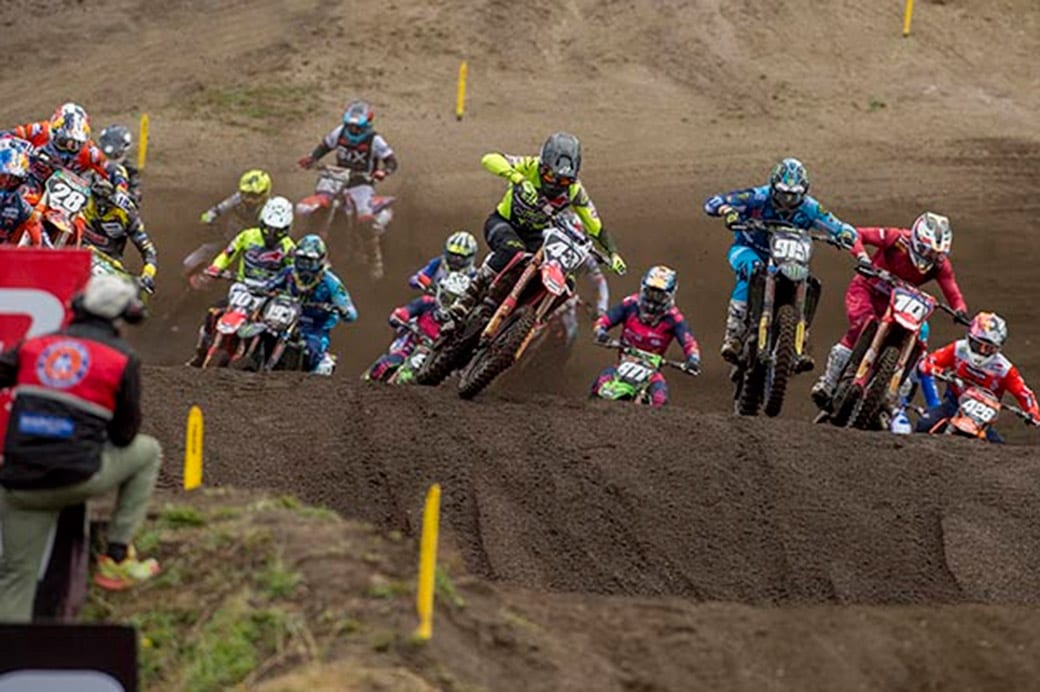 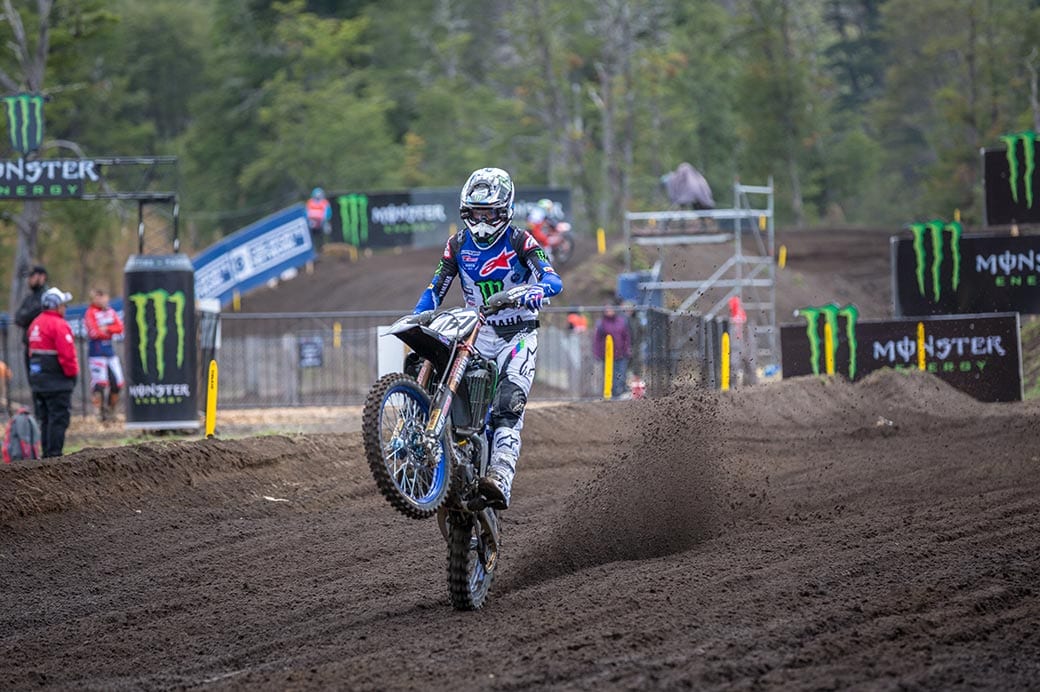 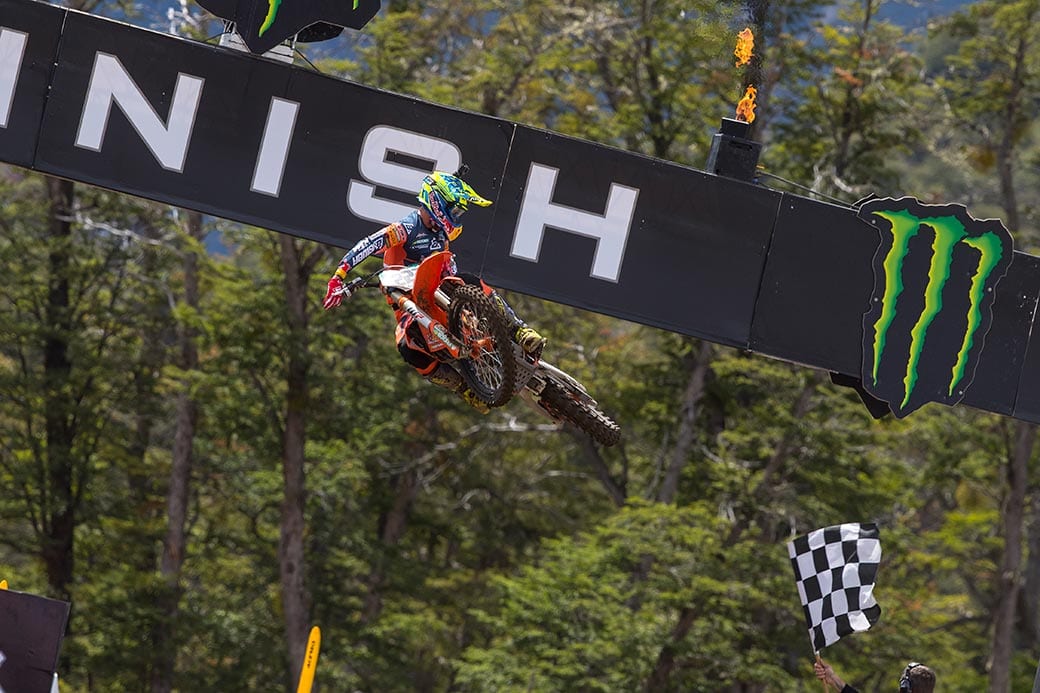