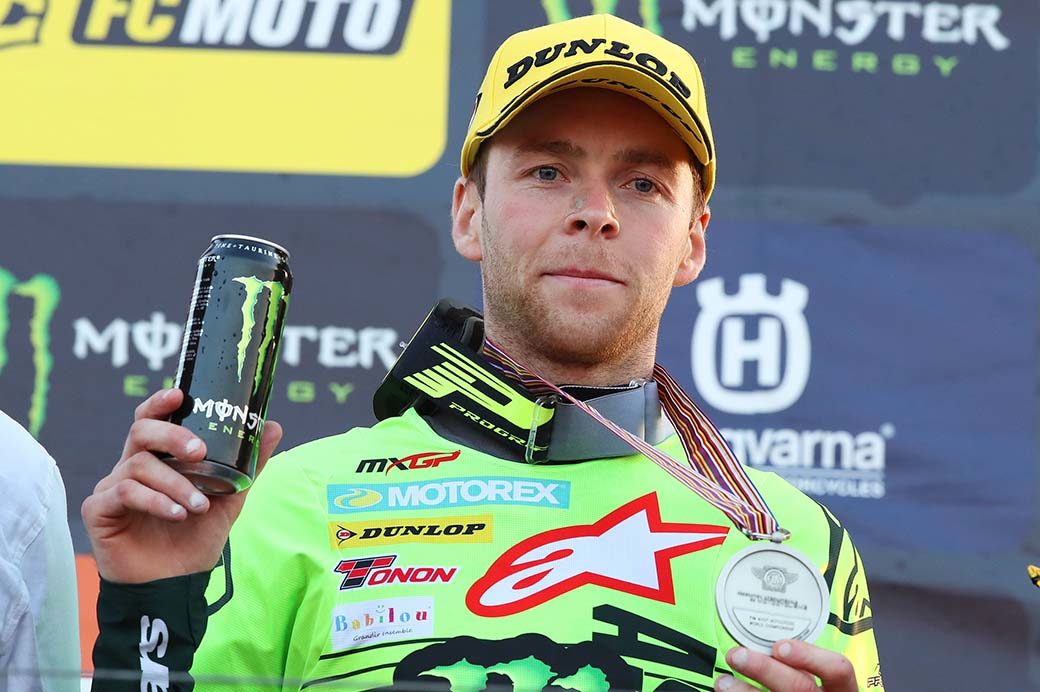 Romain Febvre “has no regrets” after completing the 2021 season an honourable runner-up in the FIM Motocross World Championship with his 10th podium of the year at Mantova.

His reactions pulled him clear of Herlings in the race to turn one in the opening moto but Herlings’ teammate Jorge Prado denied Febvre the holeshot.

Prado defied every move by the Frenchman through the first four laps and then on lap five Herlings was able to take advantage of the tight duel to dive inside for the lead and establish a cushion before Febvre could finally move into second.

Time and again the Kawasaki leader, dropping his lap times by two seconds on a clear track, closed down his title rival but could not quite find the momentum to reverse the positions.

Febvre and Herlings went into the 36th and final moto of the campaign absolutely level on points – after more than 20 hours of pulsating action the season would go to the wire with winner-takes-all. 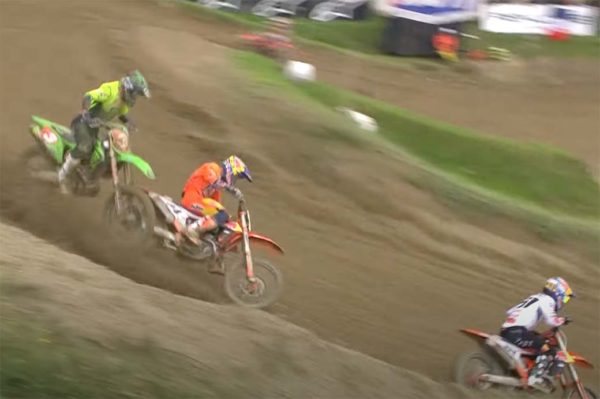 Another superb start in race two had Febvre round the first turn second before sweeping gloriously to the front halfway around the opening lap.

An aggressive pass on lap two saw his title rival move ahead but the Kawasaki man stuck to his rear wheel until a freak moment three laps later as his rear wheel suddenly found unexpected traction leaving a turn and he looped out.

The incident cost the Frenchman 10 seconds and effectively ended his world title ambitions but he regrouped to finish third for his 10th GP podium of the season and a slender five-point defeat in the FIM Motocross World Championship – his endeavours also ensured a second-place for Kawasaki in the Manufacturers’ World Championship.

“To fall that close is really tough,” Febvre said. “I gave my best so I have no regrets, but it wasn’t quite enough to take the title. Right now I feel a little mad with myself for sure but that’s racing: it’s a hard way to lose but I gave my all.

“At the moment it’s really tough but I will get through it and be back to battle for the title for Kawasaki again next year.” 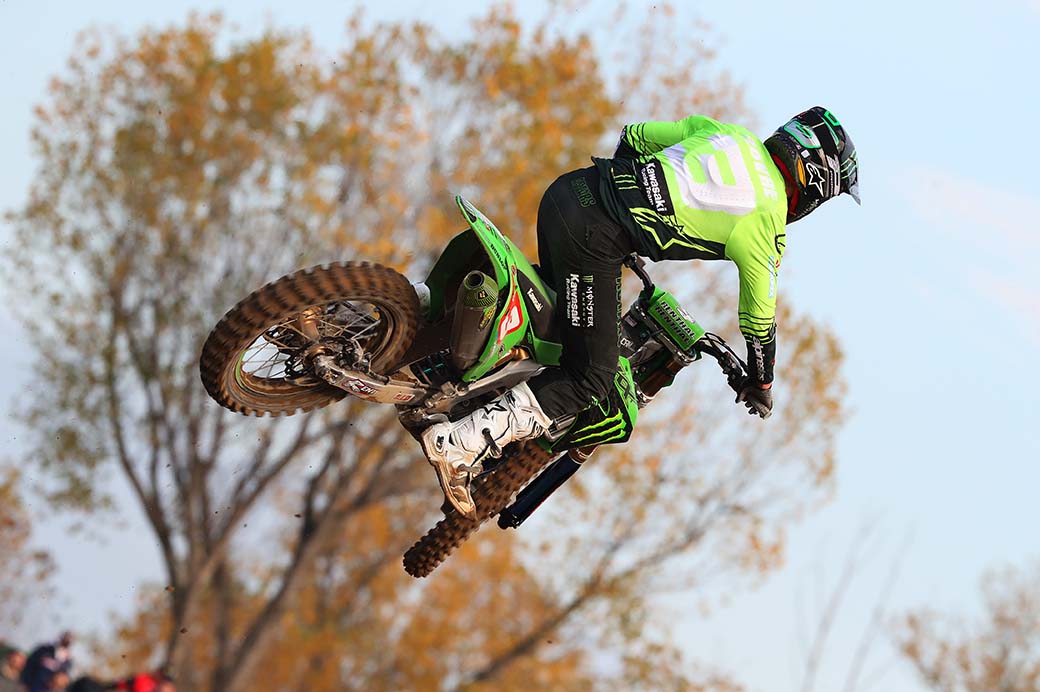 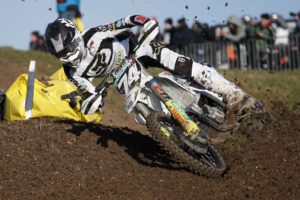 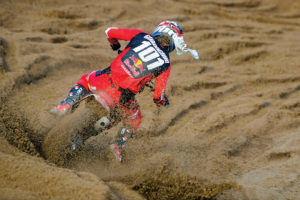