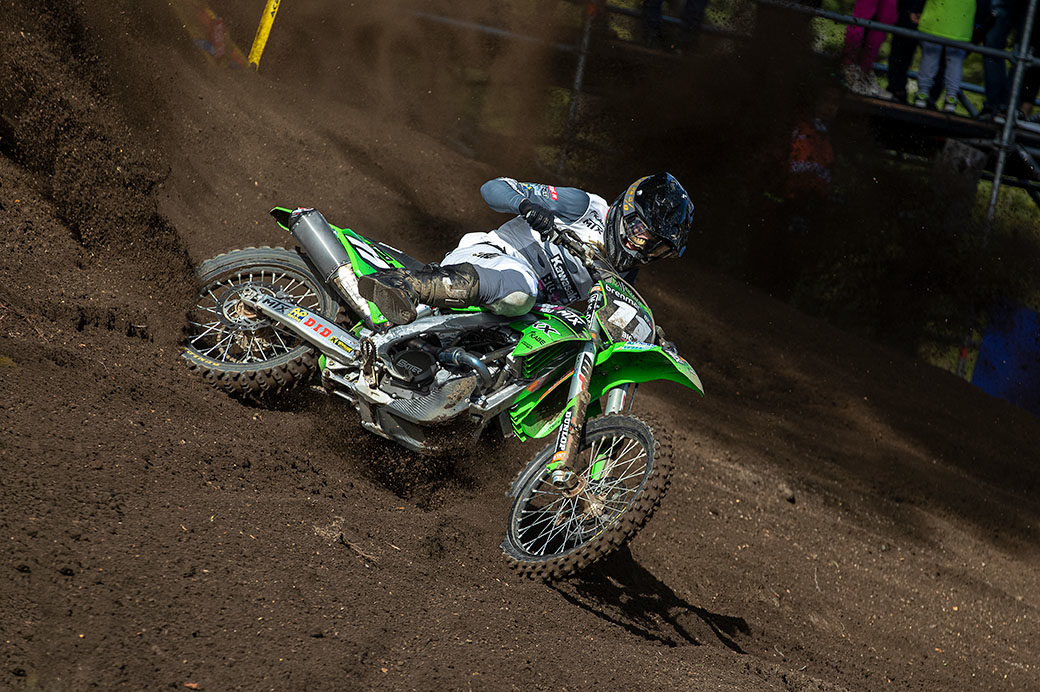 Armed with a good gate pick, admittedly with a woefully small entry list, Haarup had a good start in the first points-scoring race and worked his way into fifth until a small mistake cost him seven places as he slipped back into 12th.

Determined to fight back, Haarup impressively clicked off trouble-free laps as he pushed his way through to fourth just in time for the chequered flag. 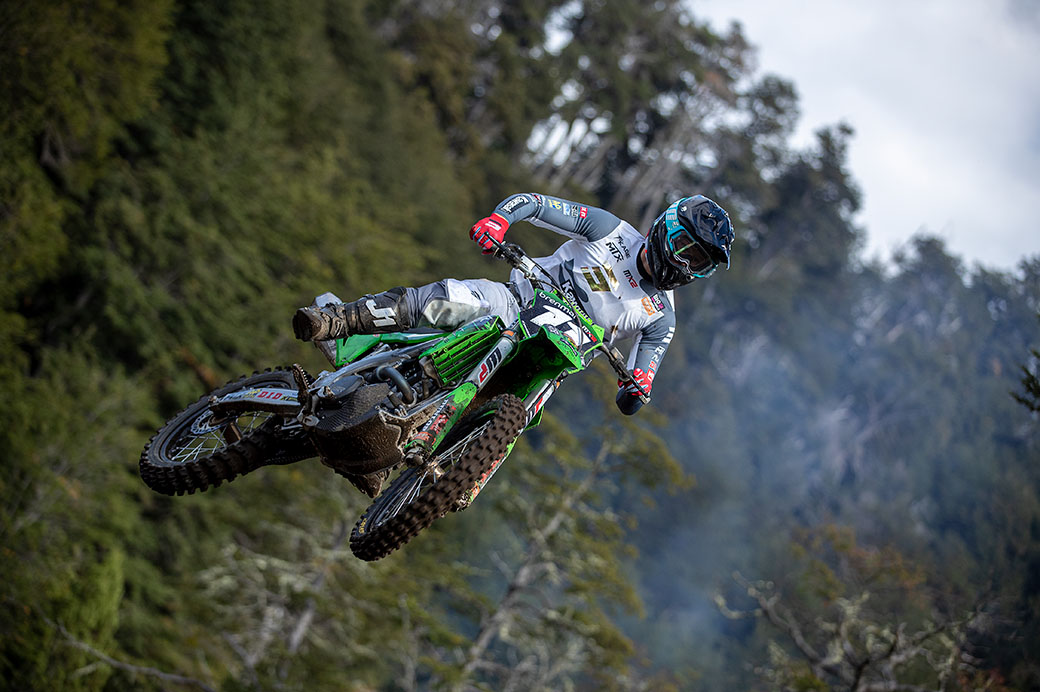 With his Kawasaki KX250 providing another exceptional start, the #11 realised that the potential for a podium was on the cards. He gave a strong push throughout the race with formidable speed and accomplished technical riding to take third place at the chequers for the first podium with the DRT outfit.

With the points haul from his third overall, 20-year-old Haarup has leap-frogged up the standings from eighth to fourth.

“This weekend is what we have worked for – racing against full factory bikes gives us a high task, but we are getting there,” said Dixon. “At the same time, Mikkel is an unbelievable signing – his whole work ethic and enthusiasm, together with a family that is behind his goals, make the task so much easier.

“Right from the start, I could feel this, and I am so happy for Mikkel that he has this podium after only three races with Big Van World MTX Kawasaki.

“It is also a joy to show our sponsors and Kawasaki what can be achieved. The hard work everyone has put in, especially his training mechanic Mas from Denmark and Jordan, his race mechanic, showed in this race.

“We will continue to work to climb from fourth in the championship, and we look forward to Portugal, where we will also see Courtney [Duncan] back on track and hopefully back upfront.” 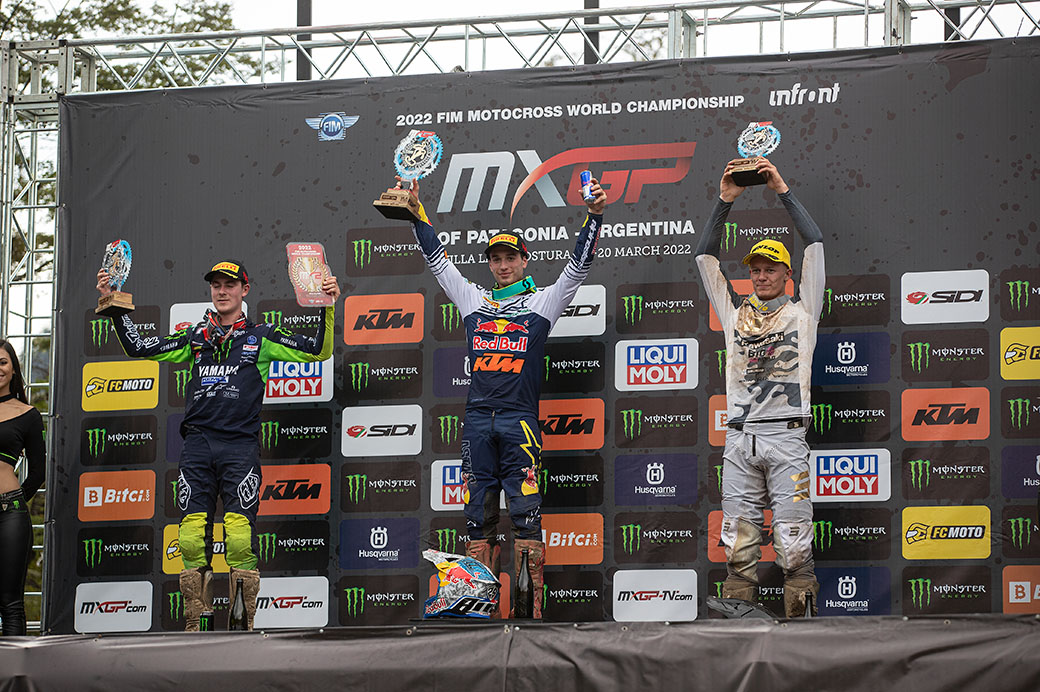 Haarup is entirely behind the teamwork ethic and is confident he hasn’t peaked yet. “I’m really happy, not just for myself but for the entire team and everybody around me; this was a team effort, and we’re only just getting started.

“It was so good to be back on the podium. It’s difficult to describe the emotion – you work so hard for it and I just tried to enjoy every moment up there but tomorrow is a new week and we carry on working.

“I can see I have even more and want to be up there with the guys right at the front.” 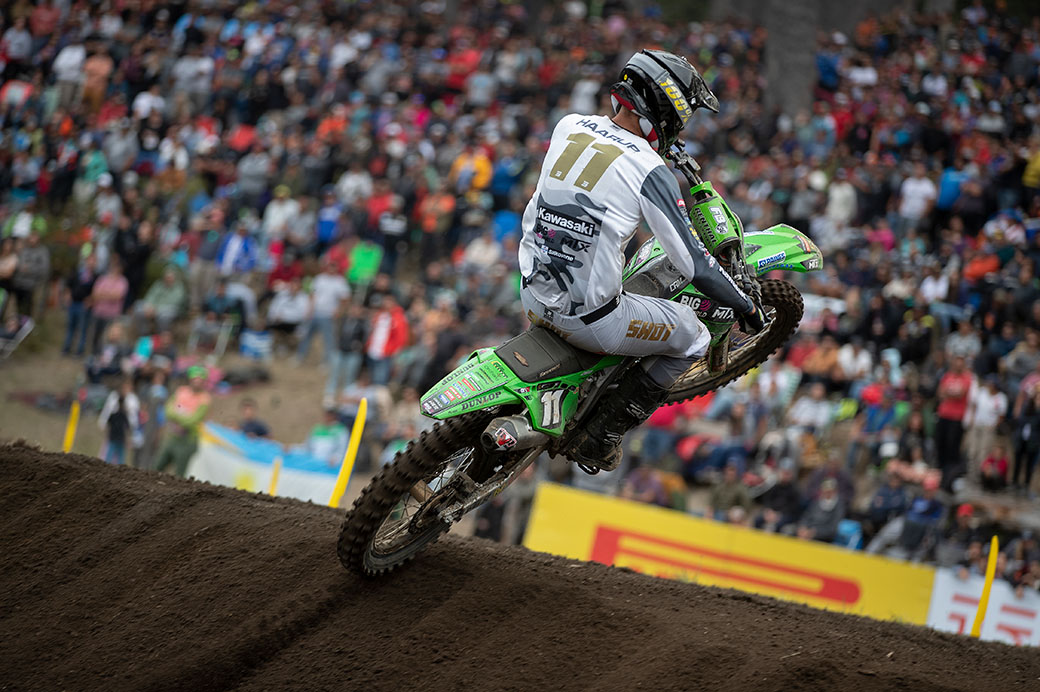