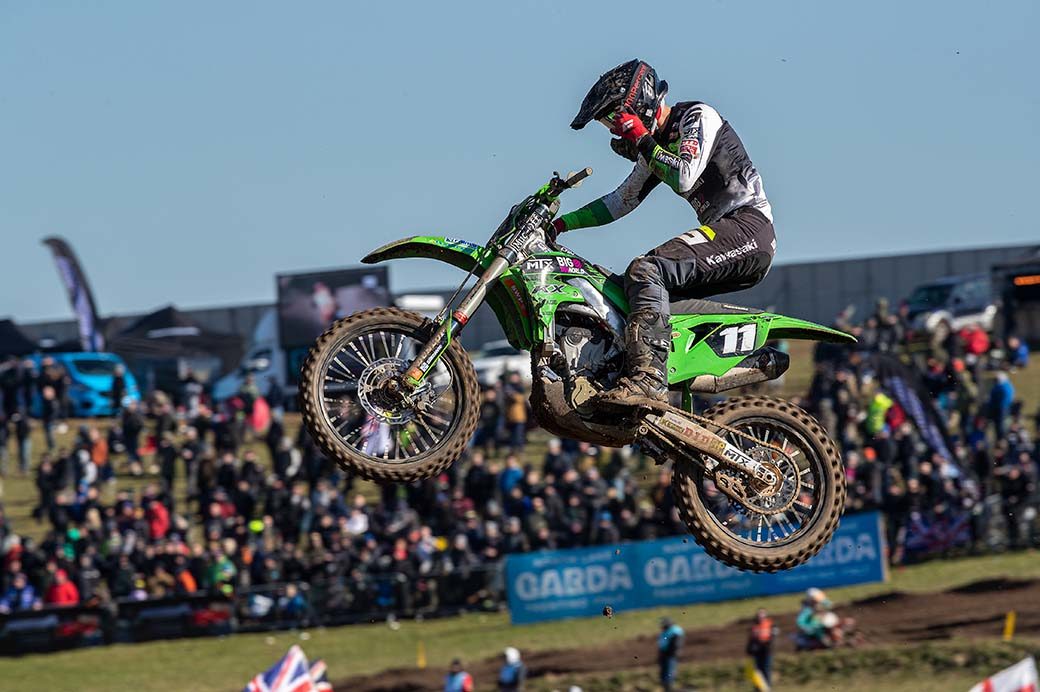 Big Van World MTX Kawasaki’s talented Mikkel Haarup could not have asked for a better start to the 2022 FIM Motocross World Championship after chasing the tails of the top five in the highly competitive MX2 class at a beautifully prepared Matterley Basin.

Round one of the world series kicked off at the award-winning British circuit in Winchester, just a short drive from the team’s base.

After disastrous weather postponed the MXGP of Great Britain the week before, thousands of fans enjoyed clear skies and sunshine – albeit pretty cold.

In between the two weekends, Steve Dixon and his event team had worked non-stop, but it had all been worthwhile on reflection. “It’s been a really tough couple of weeks for me, as the organiser of the first round of the MXGP series, but it was great to see so many of our sponsors at the race,” said Dixon.

Haarup continued the good speed shown at the end of last season, with an excellent start in the Qualifying Race. However, an unfortunate collision with another rider soon dropped the Danish starlet to the back of the pack. As he pushed hard to climb his way back to eighth, he didn’t know the extent of damage to his KX250; with just a few laps to go, the crashed-damaged exhaust forced him out of the race. 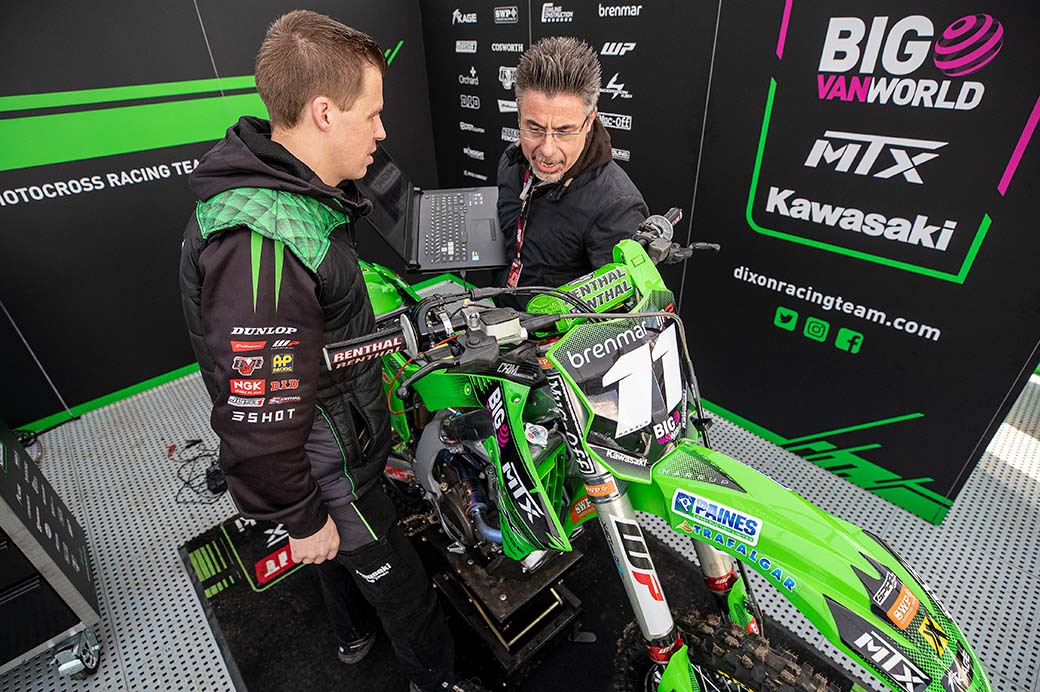 With some tweaking after qualifying, Mikkel was able to get two good starts in the points-paying motos – made more impressive considering his unfortunate gate pick. Haarup secured two top-10s with an eighth and a seventh to give him sixth in the classifications. And of course, as it’s the first round, sixth is his place in the championship standings.

Dixon was glowing in his praise for the team’s new signing and explained why Haarup had not undertaken a pre-season race schedule. “Our new rider Mikkel Haarup has been an absolute pleasure to work with, a real asset to our team, and such a nice family too. 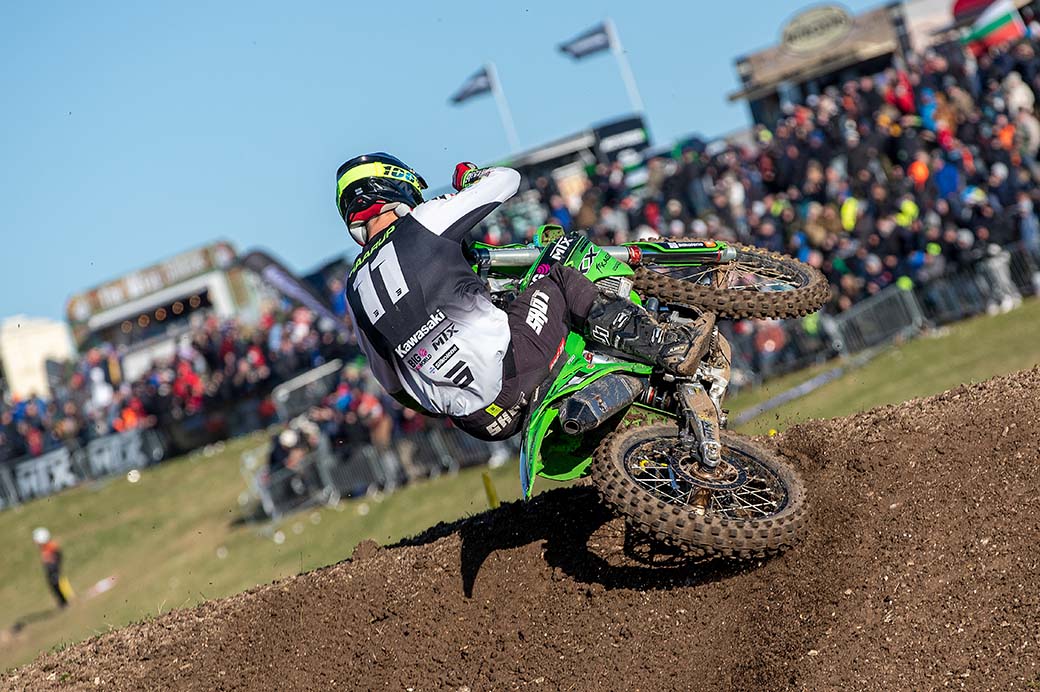 “Mikkel was one of the only ones not to do a pre-season race, but our decision was to not do one with the season being so long.

“In the Qualifying Race, he made a great start but unfortunately, a collision would mean he had to start from the back. His charge through was really impressive, but despite getting up to eighth, an issue with the exhaust from the crash caused it to run too hot, and he had to pull in.

“Two really strong races on Sunday, he had the second-fastest lap time and two purple sectors out of four, so the pace seemed really good. A few small mistakes, which is often the case at the round – [he was] excited and looking to impress the new team etc.”

On the change to the team name, Dixon said: “It’s great to have Big Van World come on as title sponsor, a company that has gradually increased its support over the last decade.”

Mikkel Haarup: “I’ve had a decent first GP here at Matterley. It was a shame to go down in the qualifying, but we made a few changes to make good preparation for the races on Sunday. Even though we had to start from the outside on the gate, we managed to make two good motos that we can build on for next weekend.”

Haarup and the team are back in action again this weekend at the MXGP of Lombardia in Mantova.