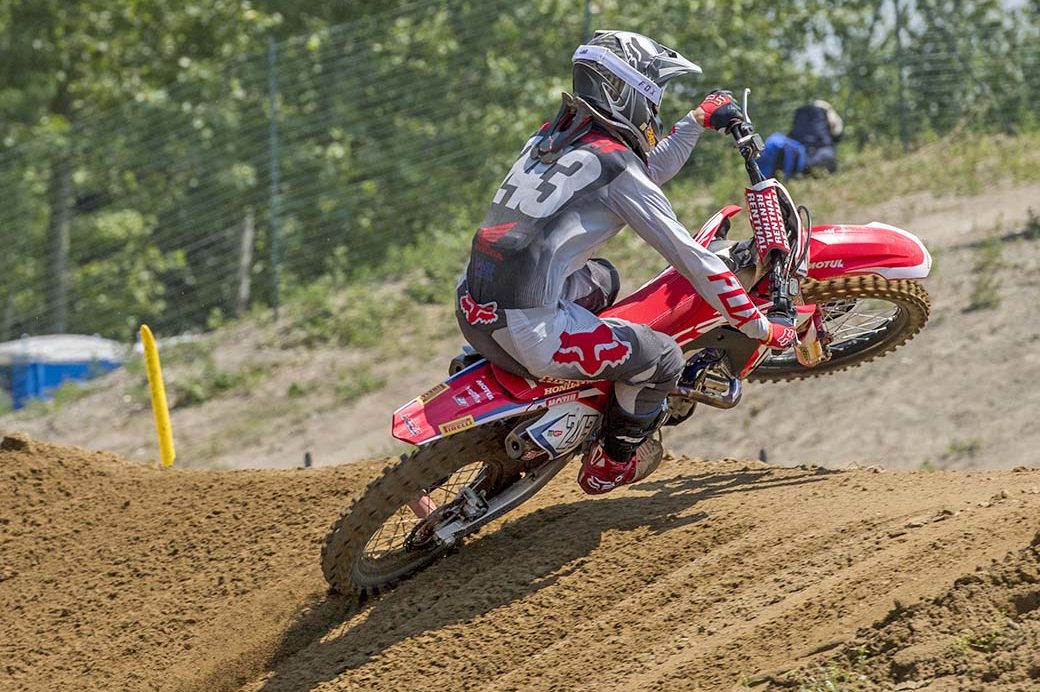 Team HRC is on its way to Indonesia to take part in the first of two back-to-back events in the Southeast Asian country, scheduled at Bangka Island’s largest city Pangkal Pinang.

The team will be at full capacity again, with Tim Gajser and Todd Waters  in the MXGP class and Calvin Vlaanderenn in  MX2.

With the round now taking place on the border between the months of June and July, everyone involved in the event now hopes to avoid the type of weather encountered one year ago, when torrential rain led to the cancellation of Saturday’s timed practice and qualifying races for both classes – with no second moto for MXGP on Sunday either.

Even the sessions and race that actually took place where marked by an unprecedented level of difficulty.

After missing the podium by one point at Ottobiano two weekends ago, despite a second-place finish in race two, Gajser is looking forward to returning to action in order to try and make some ground to the top of the standings while aiming at entering the top-five.

Fifth place is where Vlaanderen is currently placed in the title race, with the recently-turned 22-year-old South African hoping to bounce back after a bittersweet MXGP of Lombardia.

Following an unexpectedly demanding return to action from injury, Todd Waters hopes to build some momentum and speed on a track he has never race upon before.

Tim Gajser: “The upcoming GP is Indonesia and surely it’s going to be hot and humid. I’m ready for that, so I’m looking forward to ride out there and give my best, be consistent and score two strong results.

“I like the track: last year, however, was really muddy so I hope things will be different this time around so that we can put up a good show for the fans.”