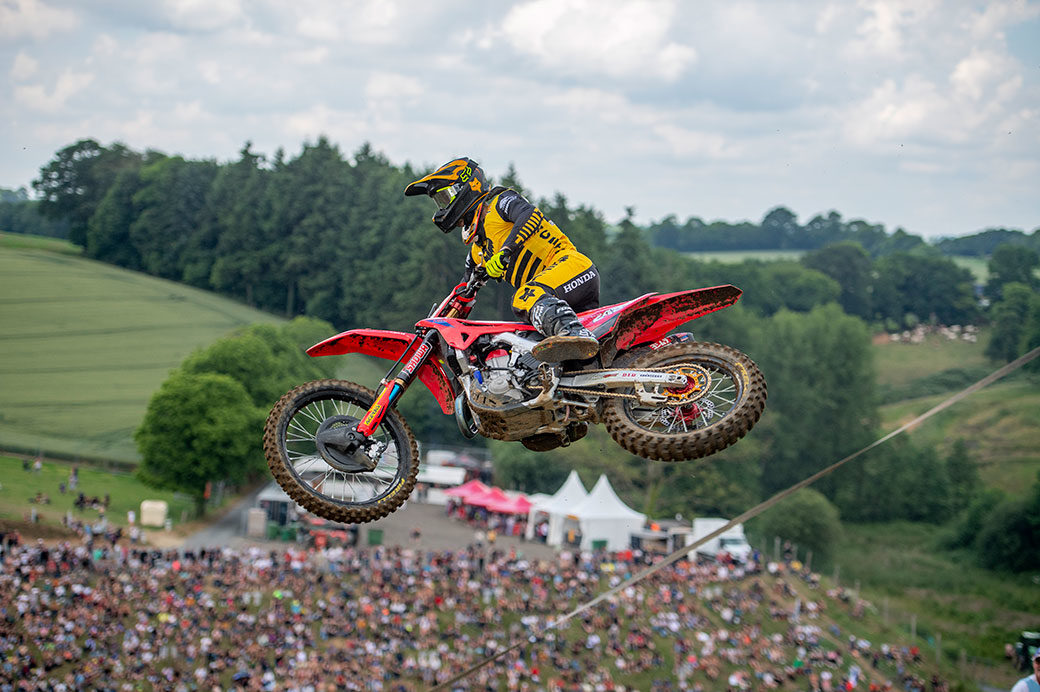 Team HRC’s Tim Gajser and Mitch Evens sat out the MXGP of France qualifying race with concerns over safety on the Ernee track.

After a torrential downpour midway through the afternoon, the beautifully prepared Ernee circuit in France turned into a treacherous, muddy facility with riders struggling to complete laps on the steep banked terrain. As a result, Team HRC’s Gajser and Evans will both start from outside gate positions in tomorrow’s points-paying motos.

The day started off really well as the sun-drenched track provided the French crowd with some great entertainment, none more so than when Gajser ripped around the facility onboard his Honda CRF450RWE, in a time that none of the riders got anywhere near in the timed practice. His lap was 1.7 seconds quicker than anyone else managed in that session and over 35 seconds quicker than anyone managed in the chaotic qualifying race.

Team-mate Evans was ninth after timed practice and looking forward to his first gate-drop at this iconic venue in the northwest of France. However, in between that practice session and their qualifying race, a massive storm hammered the track and the surface became extremely tricky, especially in the first turn where numerous riders had suffered serious consequences from difficult conditions.

The hope is that the weather isn’t as bad tomorrow and that both motos (14:15 and 17:10) of this 10th round of the 2022 FIM Motocross World Championship will go off without any problems and that Gajser can try and extend his 66-point lead at the top of the table.

Marcus Pereira de Freitas, HRC General Manager – MXGP: “Due to concerns about the safety of the track, from the conditions that previous riders had raced in after the torrential rain earlier in the day, neither Tim nor Mitch lined up for the qualifying race. We supported their decision and now we will concentrate on making sure both riders are prepared for the motos tomorrow from their outside gate picks. It is a shame because Tim had showed in practice that he was the best rider, posting a laptime 1.7 seconds quicker than anyone else when the track was in rideable conditions, and we hope that there will be no more rain and we’ll have a similarly dry circuit tomorrow.”