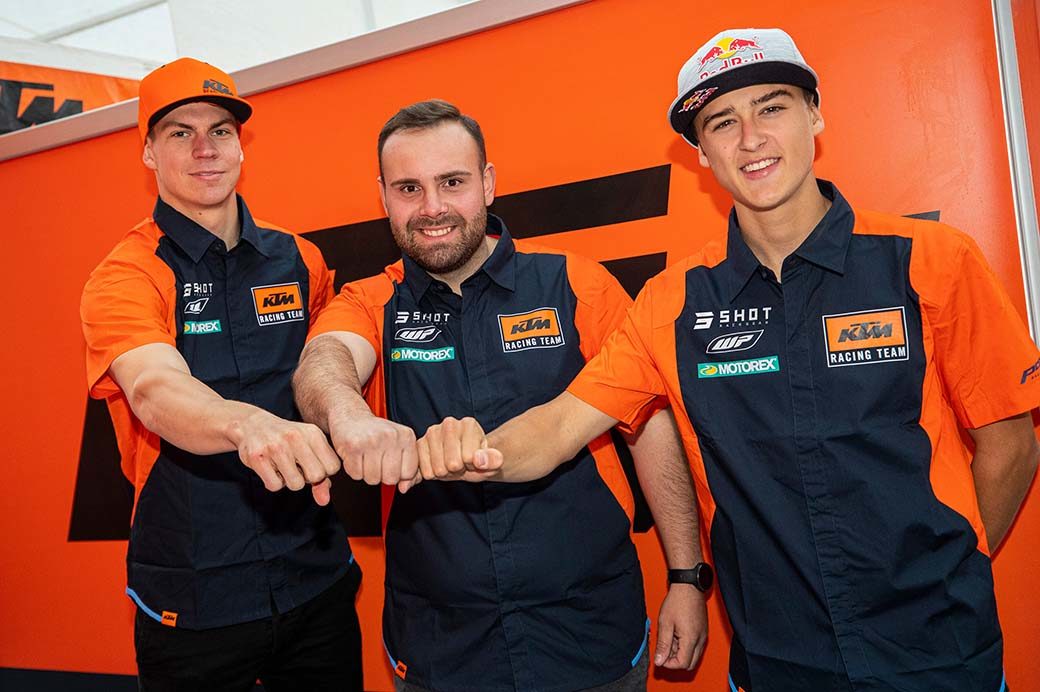 The bond between the ambitious DIGA Procross team and the KTM racing department has existed since 2018 as the outfit helped develop a number of riders and Grand Prix talent. Justin Amian’s unit will now steer KTM’s advanced SX-F motocross machinery – with factory backing – but they will also harbour the competitive objectives of Thomas Kjer Olsen in the MXGP class and newcomer Liam Everts in MX2.

Olsen enters only his second term in MXGP after claiming victories, podiums and three top-three classifications in a successful MX2 tenure. The 24-year-old Dane is looking to progress his career in 2022 after showing sufficient speed to become a top ten regular in 2021. Next year’s calendar will see #19 race the KTM 450 SX-F for the first time for what will also be DIGA Procross’ maiden appearance in the category.

Liam Everts makes the step into Grand Prix competition for his first full year at world championship level. The 17-year-old Belgian has been carving his name into the foundations of the sport thanks to excellent technique and bags of potential. He showed enough promise through the EMX125 and EMX250 European Championships (with podium appearances in both divisions) – as well as debuting for his country at the 2021 Motocross of Nations – to earn his MX2 berth with the KTM 250 SX-F.

Justin Amian, DIGA Procross Team Manager: “We are happy and proud to officially represent KTM in the FIM Motocross World Championship from 2022. With Liam Everts, we have a young, hungry and very talented athlete in our team, and we will try to support his progress as much as possible. With Thomas Kjer Olsen we will start a new chapter in the premier class in 2022. Thomas has personally developed a lot in his 2021 MXGP rookie season and has shown great pace, which gives us the confidence that he will one day be at the front of the toughest series on the planet. Our team is eager for great results and we will do everything in our power to get better and better every day. I would like to thank Pit Beirer and Robert Jonas for the confidence they have shown in us and for the opportunity to represent KTM at the highest level.”

Robert Jonas, VP of Motorsports Offroad: “With the fit of Thomas, Liam and the DIGA Procross team we are able to create an exciting effort for 2022 and the future. It’s an understatement to say we have high hopes for both riders in their classes and their stories and goals. We know Justin and the rest of the DIGA crew will help them on the way and also push the KTM brand very hard. We’re already looking forward to seeing them on track.”