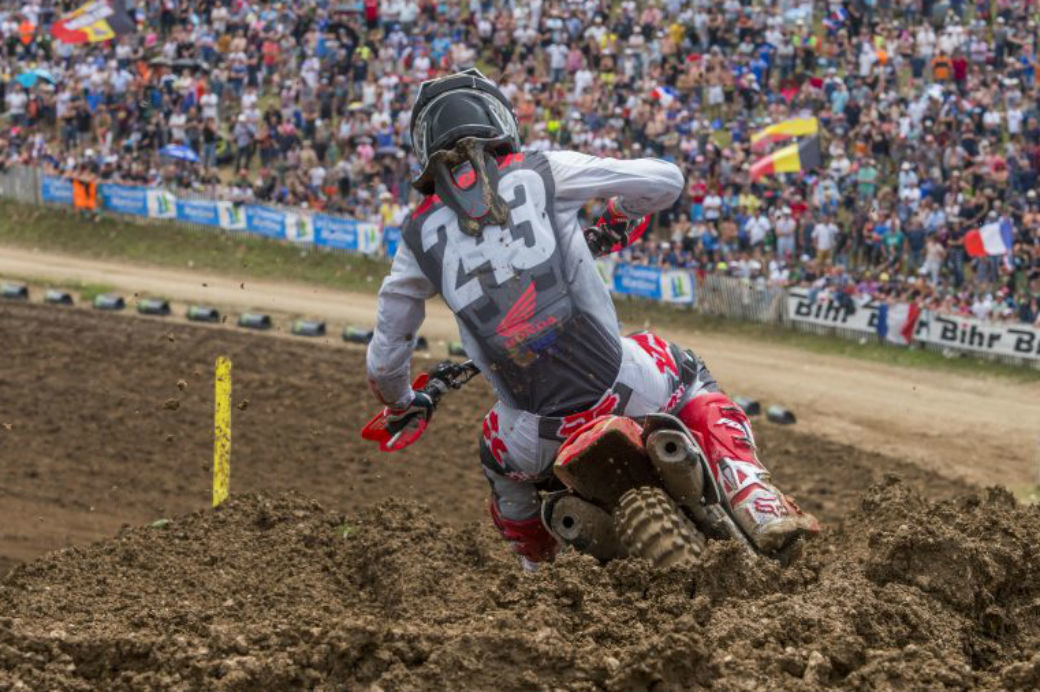 Tim Gajser has stepped on the podium for the third time this year by finishing third overall in the MXGP of France, which drew to a close today at Saint Jean d’Angely.

With a fourth and a third in the two, tenth-round races, the Team HRC rider is now only one point away from fifth place in the championship standings.

The first MXGP encounter of the day saw Gasjer have a near-crash at turn one, which cost him some ground from the front and a few places early on. As the race progressed, however, the young Slovenian rider built speed upon speed and, with four minutes to go on the clock, he entered the top-five with a masterful overtaking manoeuvre on Jeremy Seewer.

With some late speed left in the tank, Tim managed to bridge the gap to Coldenhoff and pass him before the finish line for fourth.

Gajser had an incredible start to race two as he powered his Honda CRF450RW machine up to second place before entering the first full lap. In the early stages, he was able to match the pace of leading rider Cairoli until current championship leader Herlings passed him on lap nine.

Gajser then smartly controlled his pace and position in the remaining laps to grant himself a spot on the rostrum in front of the passionate French crowd.

Tim Gajser said, “I’m quite happy with third place and the podium finish. My riding was good and the speed was there, just in the first moto we had some issues at the start as I had a coming together with another rider and almost went down. We came from behind to finish fourth, which wasn’t a bad result all things considered.

“The second moto was much better: I had a great jump out of the gate and I was near the front early on. I rode at a good pace for twenty minutes, but Toni and Jeffrey were faster so I did my best to keep third place at the line. We’re quite happy, but we still need to improve a little bit in every area. The bike was really good though, so thanks to the team for their hard work!”