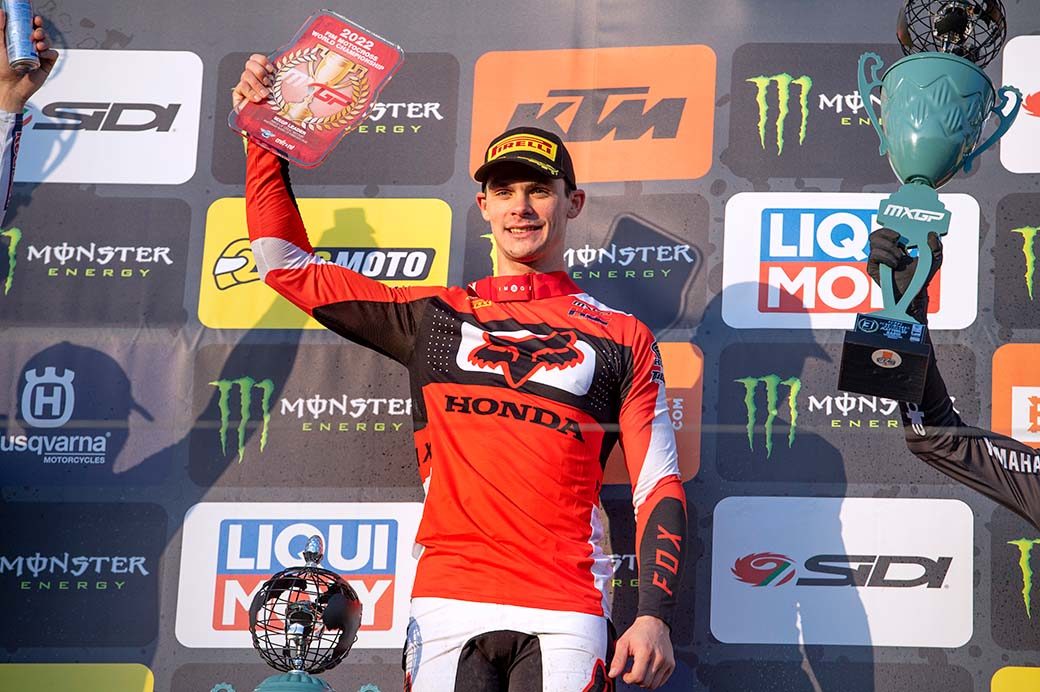 A dominant display of riding from Team HRC’s Tim Gajser saw the Honda CRF450R rider leave the Matterley Basin track – home of the British GP – with the championship-leading red plate.

On a sun-filled but breezy day near Winchester, the first round of the world motocross championship eventually took place, after a postponement from last weekend due to Storm Eunice. And while there was still a bitterly cold wind throughout the weekend, it wasn’t enough to affect the riders too much, for what is one of the best circuits on the calendar.

After finishing in second place from yesterday’s qualification race, Gajser had a good gate pick for both motos, however, he wasn’t able to capitalise and instead had to work his way through the field in both races.

In the first moto, he quickly moved through from 10th to sixth by the time they crossed the line the first time and settled into a good rhythm. Gradually he picked off riders in front of him, showing good racecraft as he moved forward and by the halfway point, he was already into second place. Again, a patient approach closed the gap to the leader and with a couple of laps to go, just as he was about to pounce, the leader made a mistake and he swept into the lead, comfortably pulling out a gap by the time he took the chequered flag. 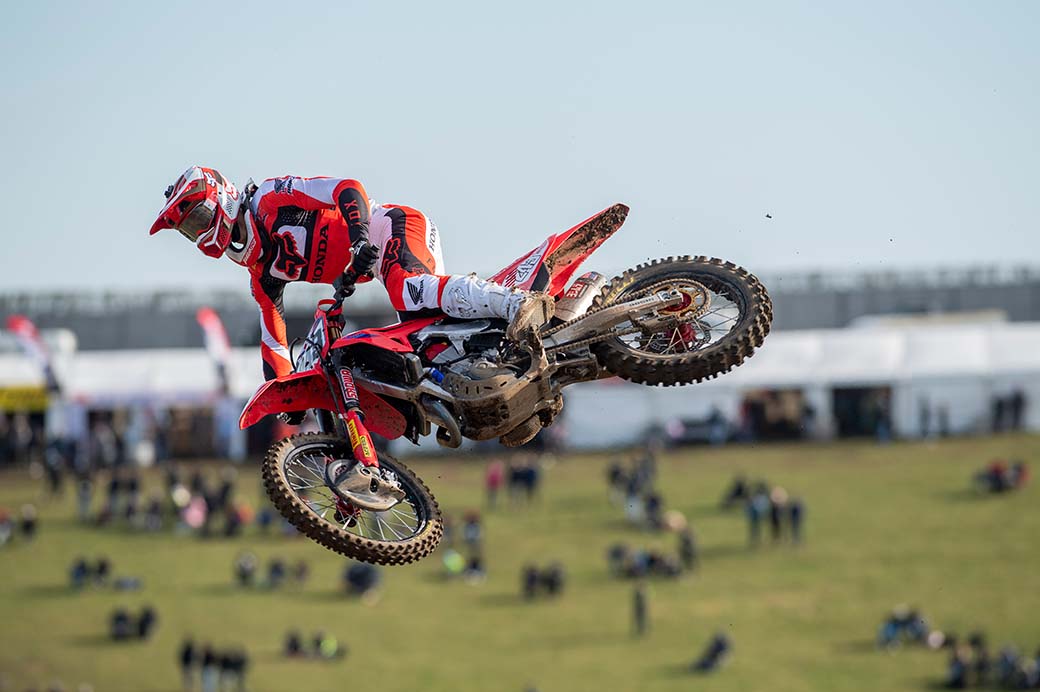 It was a similar story in race two, recovering from an average start to be in fourth at the end of the first lap.

Making good passes, he once again worked his way into second place after just five laps, which is when he really showed his speed to reel in the leader who had made an impressive gap to the rest of the field. 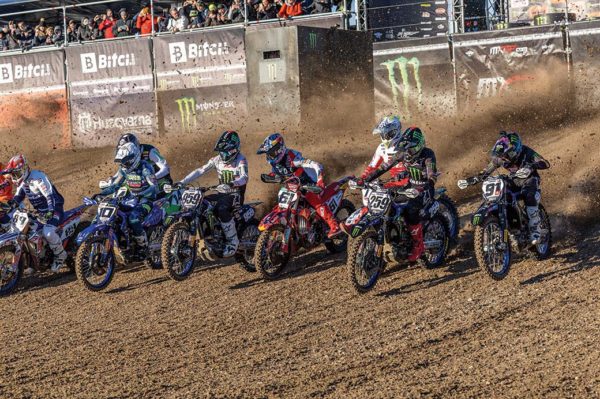 Posting fastest lap after fastest lap, he quickly caught up to the leader’s back wheel and just as quickly made his move on the corner before the start straight. Immediately putting in another fast lap, it looked like Gajser would cruise to a one-one victory, just like he achieved at the first round in Russia last year. However, the long shadows from a setting sun caused a misjudgement and he dropped back into second place.

With a few laps remaining, he tried his best to make the pass for the lead but he wasn’t able to get it done, crossing the line just 0.5 seconds behind the winner. This meant he went one-two, but it was still good enough to take the overall victory and lead the MXGP world championship by four points. 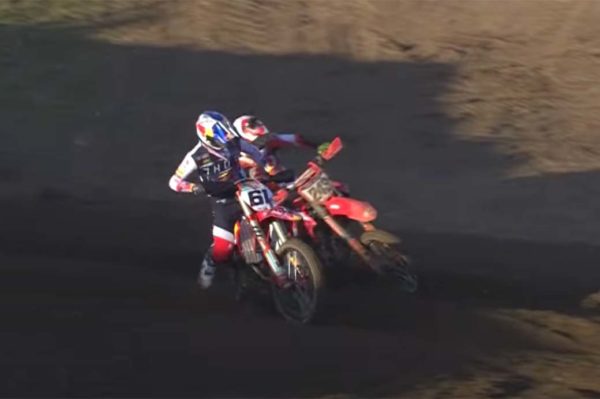 For Evans, it was always going to be a tough ask, to come up against the best motocross riders in the world after over 15-months of absence due to injury.

However, the Australian showed his fighting spirit, clicking off his laps and completing both motos in what were some extremely difficult conditions. His 17-22 results aren’t where he wants to be, but this was an important step in his recovery, as he attempts to get back to the front of this competitive MXGP class.

The series now heads to Mantova, Italy next weekend, for what is the second round of this twenty-round championship. It is a venue that has hosted plenty of MXGP rounds recently and the flat, sandy terrain should provide a much different challenge for both members of Team HRC, who have had good memories from past events there.

Tim Gajser: “It is great to begin the season with a strong performance like today. I didn’t make it easy, getting bad starts in both races, but I came through to the front, making passes on a tricky surface, and in the first moto I came through for the win. Unfortunately, in race two, I got to the front, but I made a small mistake with a couple of laps remaining and although I pushed really hard to get back into the lead, I crossed the line less than a second behind. Still, I won the GP overall and lead the MXGP championship, and that was the aim coming into today. A big thanks to the whole Team HRC, who have worked hard over the winter to make this result happen.” 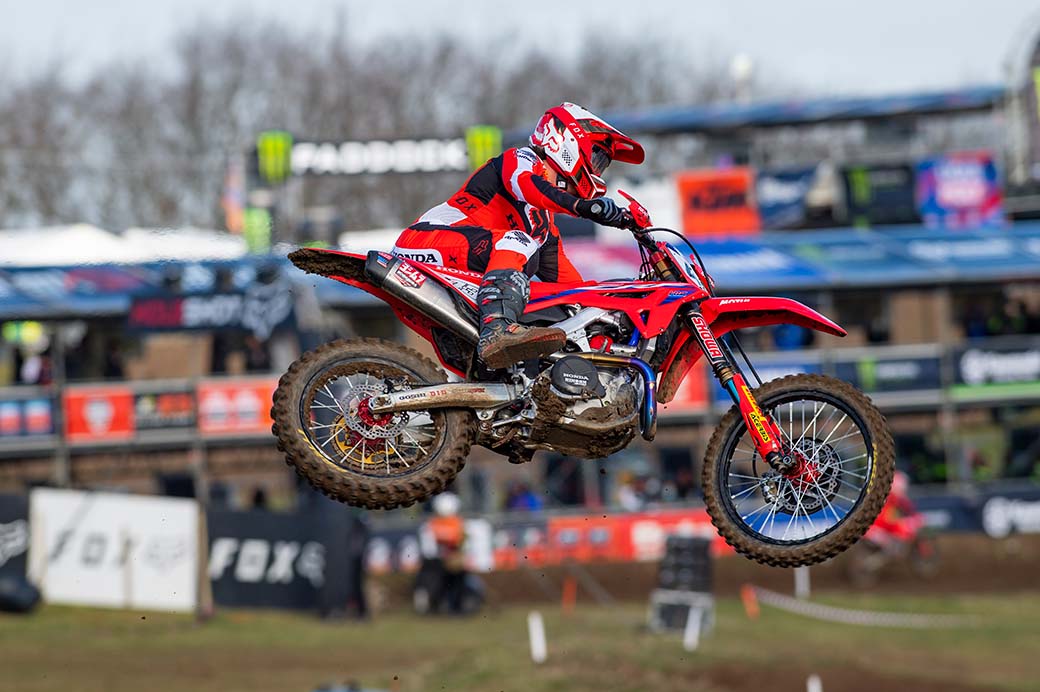 Mitch Evans: “It’s been a long time since I competed at this level and although my results aren’t the best, it felt good to be out there racing and I’m happy to have finished both races without any major incidents. This was a big step for me, so now I can concentrate on getting better and better, and that starts next week in Mantova.” 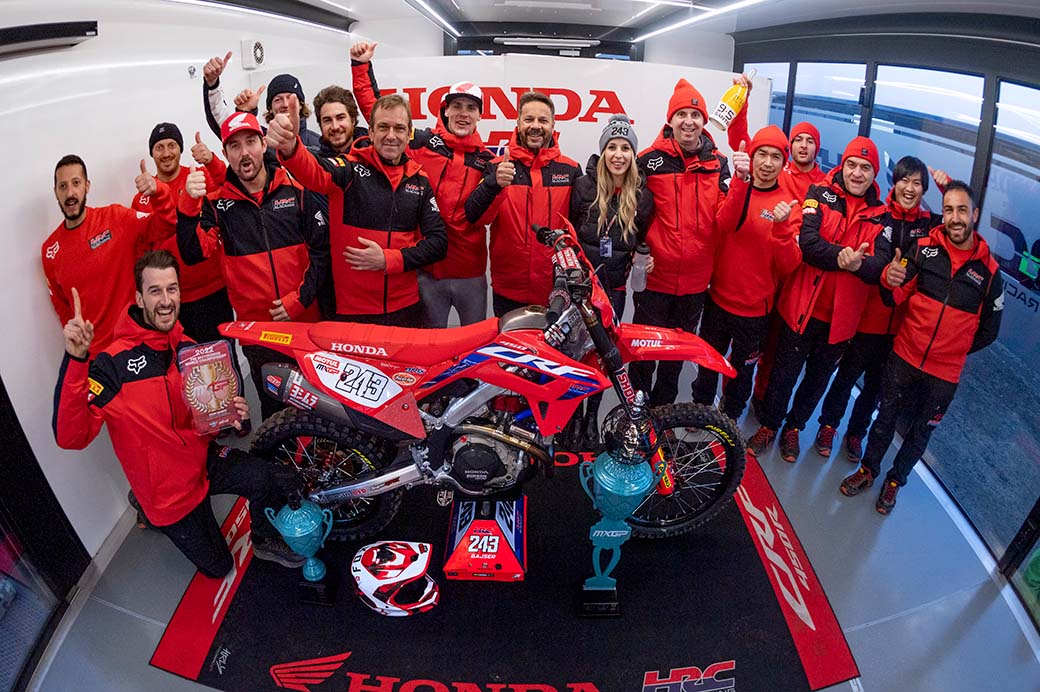 HRC General Manager – MXGP, Marcus Pereira de Freitas: “It was an important statement today from Tim, to come through the field in both races and show everyone his speed. Winning the overall was always the goal and it is great to come away from Great Britain with the red plate, so now we can head to Mantova with a lot of confidence. We know it’s a long season, but this was a really good start.

Even for Mitch, we are happy he got through both races after such a long absence, and can now build upon this and work his way towards the front of the field. Next up is Mantova, which should be a different challenge but we are going to continue to work hard and keep up this momentum.

A big thanks to all the members of team HRC, and the R&D workers behind the scenes who work so hard to give our riders the best possible machine. It really makes a massive difference and it helps our riders immensely.” 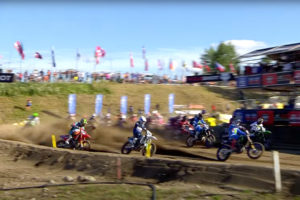 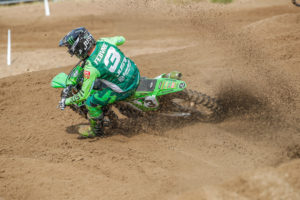