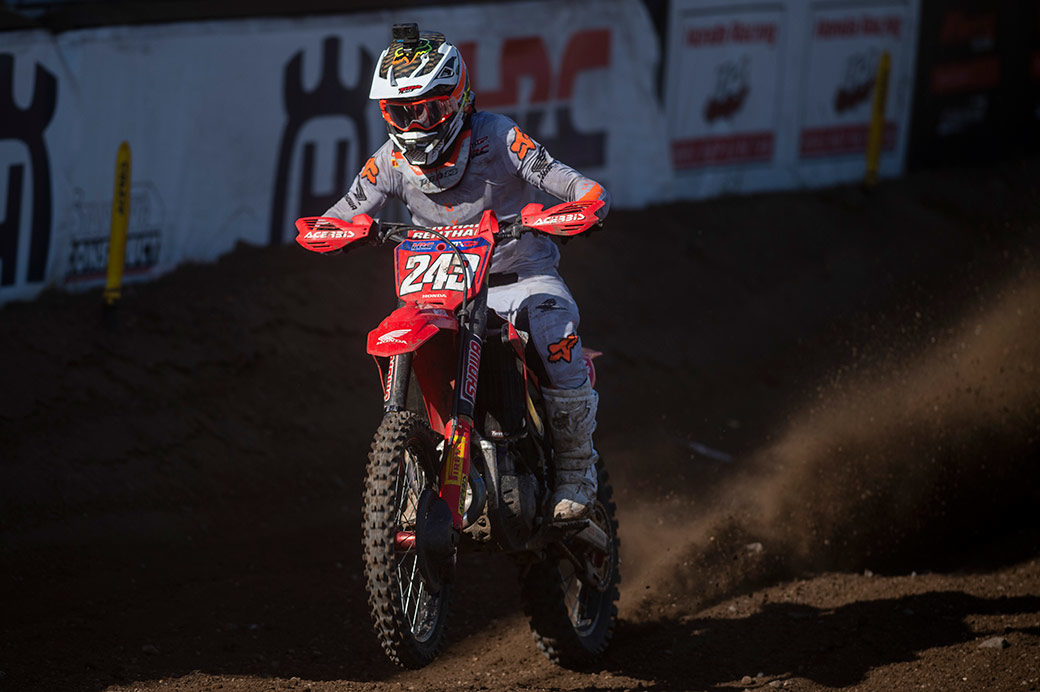 Team HRC’s Tim Gajser returned to winning ways at Teutschenthal, Germany, taking his seventh overall of the MXGP season to extend his lead to a commanding 101 points.

In what was almost a perfect weekend for Gajser, he had already posted the fastest times in free and timed practice, before winning the Saturday qualifying race – a moto that wrecked a promising season for Maxime Renaux after the MXGP rookie ejected and fractured vertebrae in a heavy crash.

Gajser then stormed off to a holeshot in race one, sweeping around the first turn and never looking back as he dominated that moto, posting a laptime almost one second quicker than anyone else.

In race two, the 25-year-old Slovenian wasn’t quite able to match that feat, not getting quite as good a start and instead having to work his way through into second by the start of lap one. Despite posting the fastest laptime once again, he wasn’t able to find his way past leader Jeremy Seewer, on a track that didn’t provide many passing opportunities, and instead settled for crossing the line in second and taking his seventh overall of what is already an excellent 2022 campaign.

“It was good to get back to winning ways, and taking another holeshot was a bonus too,” said Gajser. “I really enjoyed the track this weekend and I think that showed in my riding. I was fastest in every session I think, and even had the fastest laps in both races, so to come away with the overall was the best way to end this event.

“Going one-two and extending my lead to over 100 points is more than I could have hoped for so I must thank the team and my girlfriend Spela, whose birthday it was today, for their support. We have all worked extremely hard and I couldn’t do it without the backing they give me.” 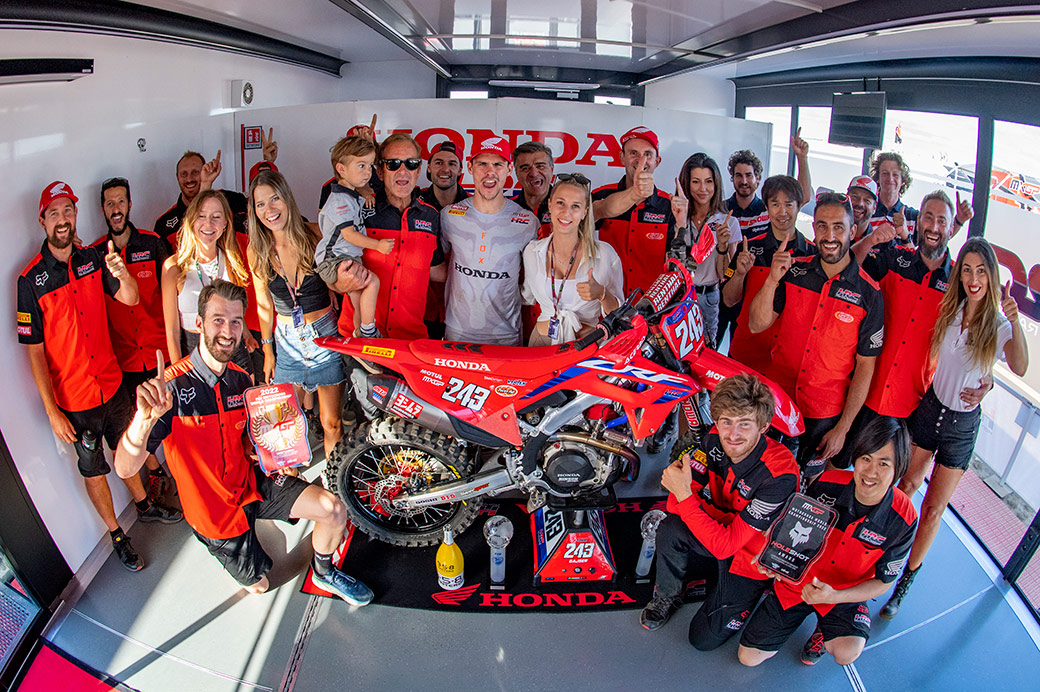 Marcus Pereira de Freitas HRC General Manager – MXGP: “It was great to see Tim back on the top step of the podium after a tough few rounds. He was looking back to his best in race one, grabbing the holeshot and pulling out a gap to the rest of the field. He controlled the race and just looked really strong. In race two he had to make a couple of early passes to get into second and tried to pass for the lead but was unsuccessful, so instead settled for second, knowing it was good enough for the overall.

“With eight rounds left, he is over 100 points ahead of his nearest rival so this was a very positive weekend.”

Next up for the riders is a new circuit in Samota-Sumbawa, Indonesia on 25-26 June. This gives Gajser a weekend off to recover from this run of three races in three weekends, and prepare for a totally different experience on what will be a brand-new facility, built specifically for this GP.