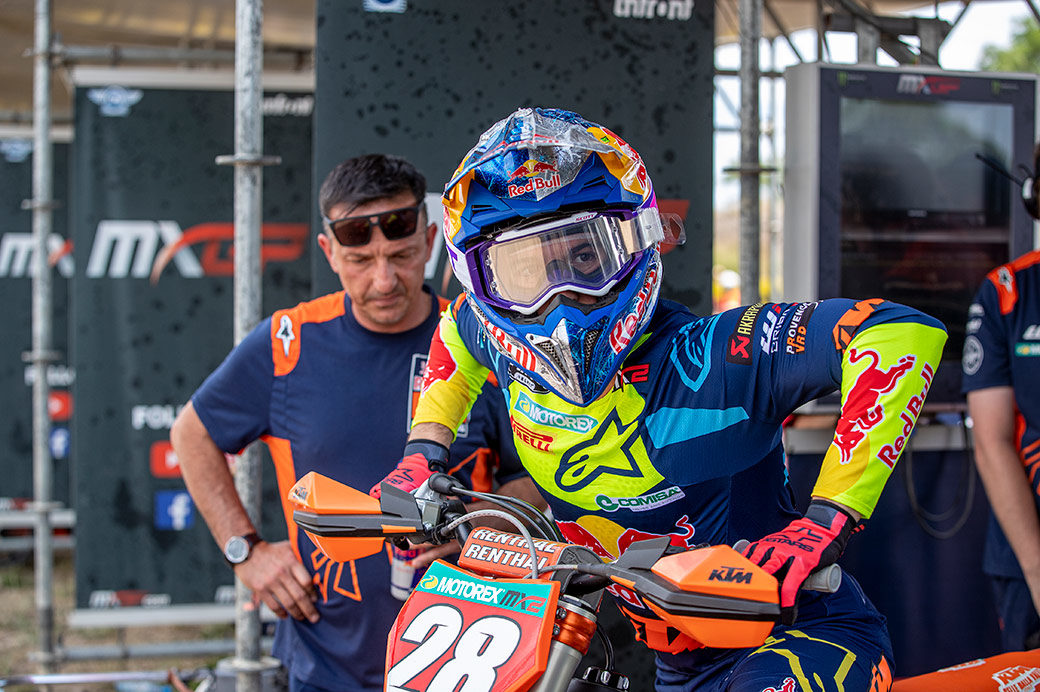 Tom Vialle was unlucky in Teutschenthal as he suffered an early exit from the second race of the MXGP of Germany as his factory KTM appeared to suffer a terminal problem.

The Red Bull KTM rider had a nail-biting win in the first race as he battled with the two riders from factory Yamaha, Jago Geerts and Thibault Benistant.

That race-one victory extended his MX2 championship lead on Geerts to 14 points, but shortly into race two, with the red plate holder sandwiched between Benistant in the lead and Geerts in third, Vialle’s bike cut out, and he was unable to restart the machine.

Benistant went on to win the second moto and his career-first Grand Prix victory with it. Geerts finished second for second overall, and Mikkel Haarup was third for third overall. Geerts now takes back the red plate with an eight-point lead on Vialle as the series takes a one-week break before heading to Indonesia.

Tom Vialle on his GP and on what the team described as a minor technical hitch: “I really like the track in Germany and had a good connection right away that allowed me to win the qualifying race and then have the holeshot and control the first moto. I holeshotted the second race – my starts were really strong this weekend – and [Thibault] Benistant passed me on the first lap and I was quite settled in second. Unfortunately, we had a small issue and could not finish. It cost us a few points but we’re doing really well and I know we’ll be able to answer and fight back very soon.”