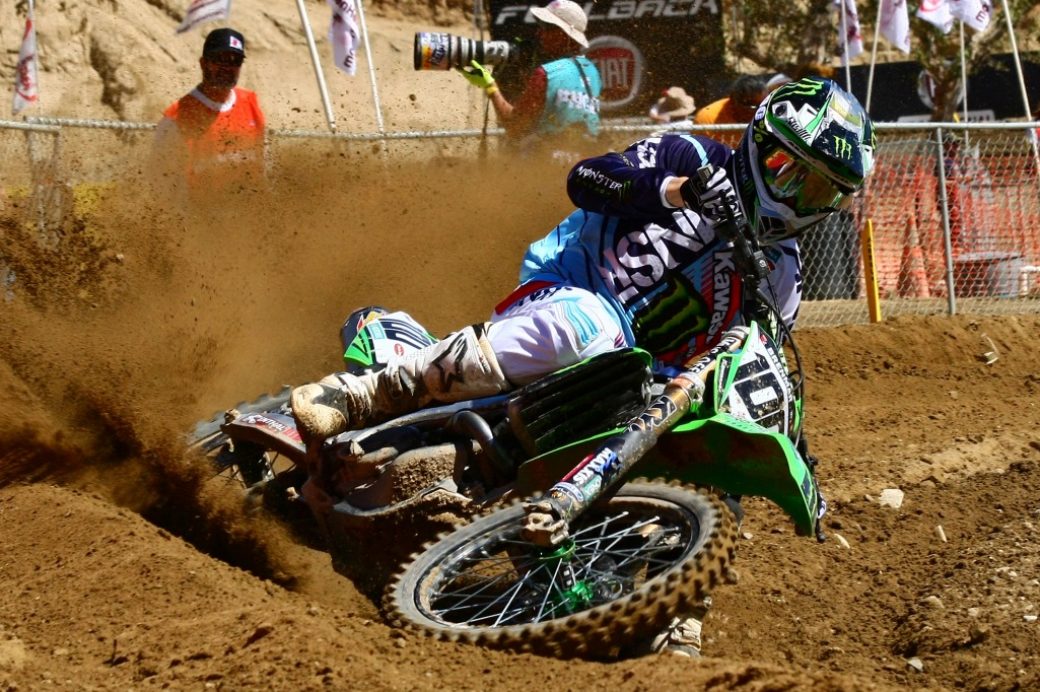 Tommy Searle will miss the first four GPs of the season along with the opening round of the Maxxis ACU British Motocross Championship.

The 27-year-old reigning Maxxis MX1 champion injured his left knee just before Christmas during pre-season training in California. The injury forced him to sit out the 2017 AX series but it was hoped he would be back in time for the start of the outdoor season.

“I will miss the first four GPs and the first round of the British championship which is a shame,” he said, “but I can’t really do much about it other than do my best to get my leg healthy again which is what I’m doing.

“I had surgery before Christmas and I’m still recovering from that. I haven’t been on a bike yet, I’m just doing my physio, staying fit training with Kirk [Gibbons] like I have done in the past and getting my leg to where I can get back on a bike hopefully in a few weeks.”

With his world championship hopes shattered for another year the Monster Energy DRT Kawasaki rider is focusing on coming back as close to full fitness as possible.

“All my hopes in the world championship are gone but it’s important for me to come back strong and not rush back.

“Obviously I want to be back as soon as I possibly can but I can’t afford to race just because I can ride a bike – I need to spend time making sure I am as close to 100 per cent as possible when I start racing so I can fight for decent positions.”

Despite missing the opening round of the Maxxis series at Culham on March 12, Searle remains optimistic that he can successfully defend his title.

“I hope I can still challenge for the British title. If I miss the first round and come back healthy – which I plan on doing – for round two and start winning straight away there’s no reason why I can’t do that.

“I’ve got a good team and a good bike and there’s no reason why I can’t win the rest of the rounds but I just have to take it one step at a time. I still want to win that championship.”