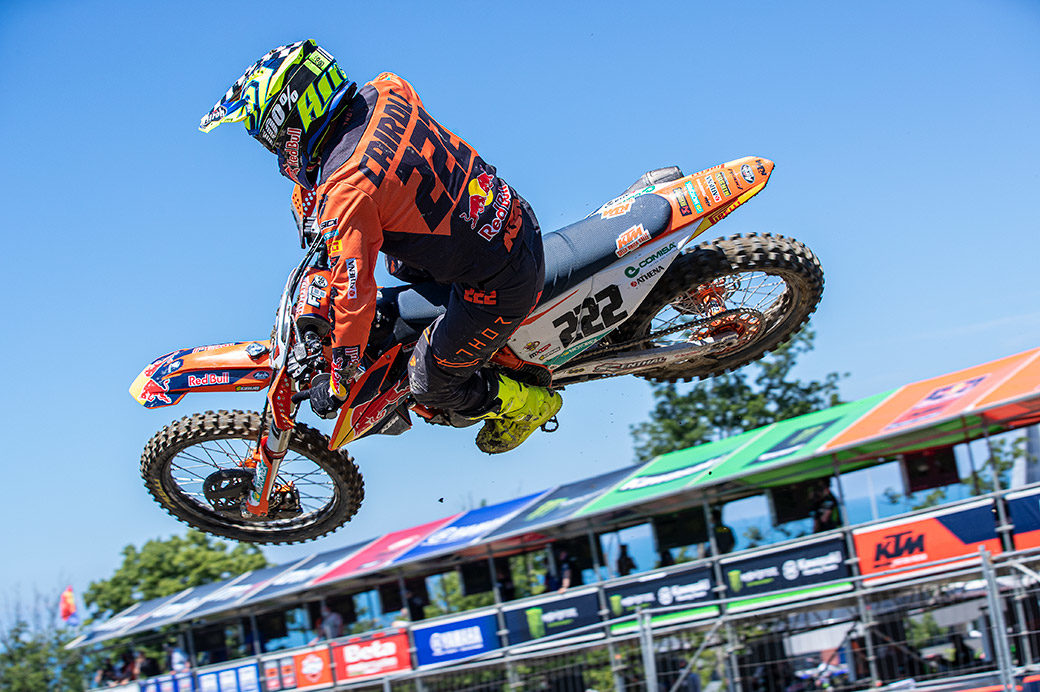 The delayed 2021 MXGP season fired into life with a trip to the impressive and demanding Russian course on the banks of the Black Sea and after a year’s hiatus from the calendar.

The inaugural round of the campaign was just the fourth visit by MXGP to the venue and the Grand Prix benefitted from sunny and hot weather conditions for the one-day race format in Orlyonok, Russia.

Eying overall victory after Tony Cairoli took third place in the first moto, the Italian was leading the second race before being passed by a charging Tim Gajser. Cairoli was still set for the podium until he crashed on the tricky finish line jump only minutes from the end. Damage to the handlebar and the clutch forced the nine-times world champion out of the running. He was 10th in final standings.

“I’m quite disappointed with my mistake, especially with three laps to go and in a place where many people crash,” said Cairoli.

“It shouldn’t have happened and I should have thought a bit more. I was a bit distracted and crashed hard.

“Luckily, I didn’t hurt myself and wanted to restart as I had some time over the guys behind but the clutch was broken and bar was bent. It’s disappointing because I was feeling very good on this track after struggling in previous years.

“Let’s regroup and see what we can do in England.”

Teammate Jorge Prado was hotly tipped as a race winner entering the opening round, but the Spanish ace endured a tough day with two tumbles in each moto. The 20-year-old was still able to finish seventh overall with results of ninth and eighth – placing him seventh in the standings with 25 championship points.

“A very tough day, one of the toughest race-days from the last few seasons,” said Prado. “Just bad luck because I had good speed in an easy way. I could have done very well today.

“I was a bit nervous because it has been so long since we’ve raced. I made a mistake on the third corner of the first moto. On the second lap I completely lost the back wheel coming down the hill and many guys passed me. I came back to ninth from outside the top 20 and that was very good on a track that is difficult for passing. [However], I was a bit disappointed.

“In the second moto a few guys just didn’t brake, and ran me off the track in the first corner. I got up to sixth but I had to hit the brakes to avoid some of the marshals at a place that was just too slippery and sketchy. My bars were bent and I couldn’t do much.

“Somehow I took top ten finishes today which is not what I want… but the best I could do.”