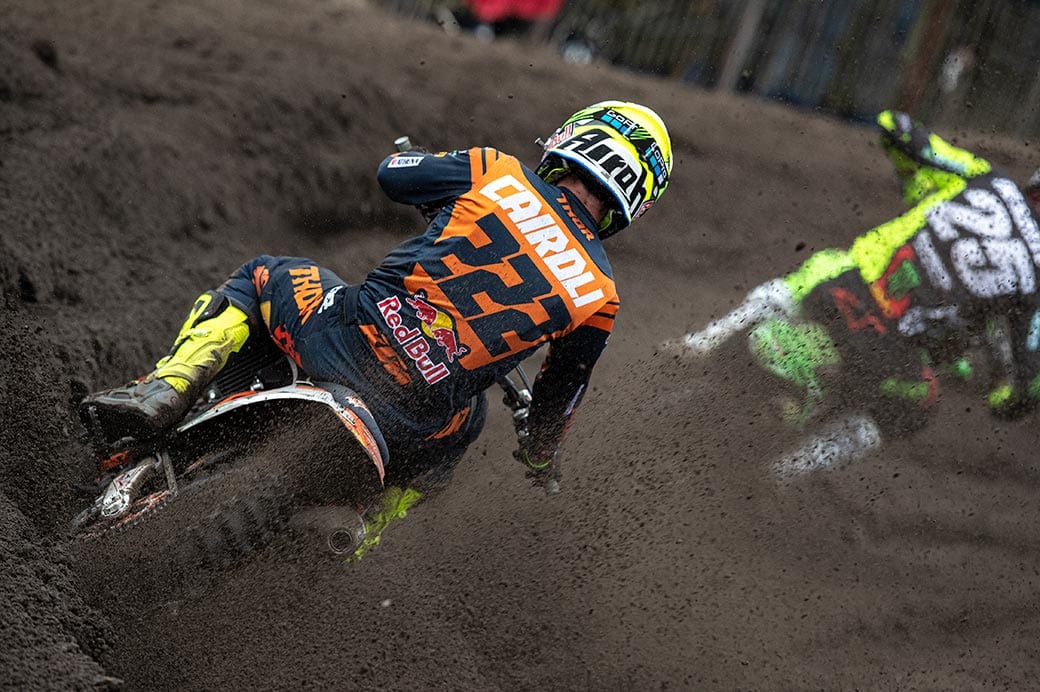 Tony Cairoli, still competing with a tweaked right knee, rode two solid motos in the draining conditions at the MXGP of Netherlands to record a 7-5 scorecard and only just missed out on a successive rostrum appearance.

The nine-time world champion was fourth overall and five places in front of Jorge Prado in ninth. The Spaniard guided his factory KTM 450 SX-F to a decent fourth in the first moto and was lucky to escape a high-speed crash and pile-up at the start of the second outing. Prado picked up and raced back to 13th for what was only his second MXGP fixture.

“Valkenswaard is a race where we struggle a bit but with some experience we could come away with fourth overall, which is good and in spite of the conditions and my knee,” said Cairoli. “I wasn’t comfortable and it wasn’t the best for a track where you need to attack. In the end we have to be happy even if this is not the result that we normally want. We know in the first races we have to stay in the top five. Let’s hope in Argentina the race will be a bit more flowing with some more places to pass. Today was a very difficult track.”

Prado is gaining strength and confidence with each moto – in the opening race the two-time MX2 world champion pulled the holey and brought it home in fourth place. An early off in the second moto made life difficult for Prado but he’s pleased with his Valkenswaard weekend. “I’m happy with the way things are going in these first rounds considering I had so little bike time and my leg was not feeling great,” Prado said.

“It has been getting better and I showed really good speed here. I had the holeshot in the first moto and was riding my own rhythm. To finish fourth was great and not anticipated. In the second moto I lost the front in the first corner. It was a big crash and luckily nobody hit me. I got up and tried to push hard to gain some positions. The track was really physical in the second moto and I was struggling a little bit. I was ninth overall, better than last week, and now we are eighth in the championship. It’s all positive.” 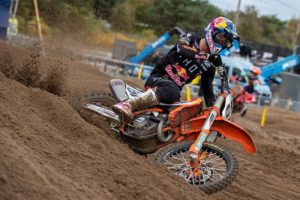 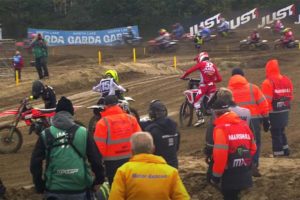 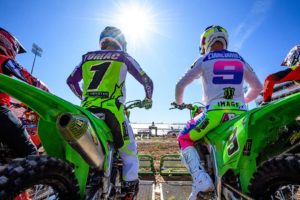 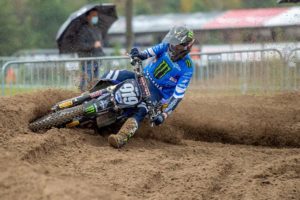 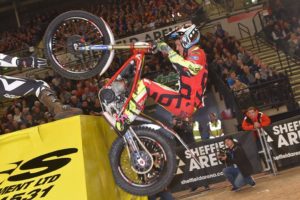 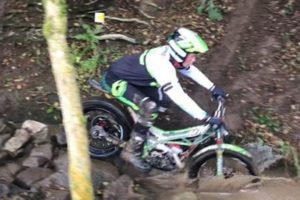