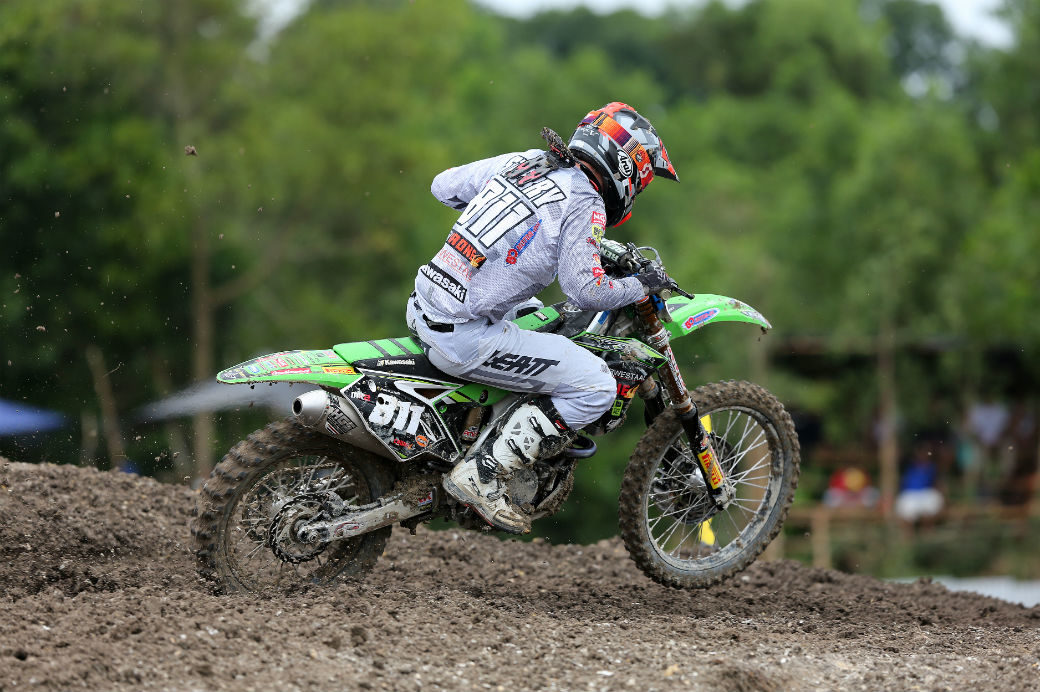 Adam Sterry of the F&H Racing Team took his Kawasaki KX250F to a ninth-place finish at the 12th round of the FIM World MX2 Motocross Championship at Pangkal Pinang in Indonesia.

The Englishman showed good speed all weekend as he rebuilds after an injury absence and showed great determination despite unfortunate starts in both the qualification race and the first GP moto as he hit the start gate in sticky conditions.

The weekend stayed dry for racing, but torrential rain throughout Friday and on Saturday night made track conditions extremely demanding and inevitably made overtaking difficult. Nevertheless Adam battled through the pack in race one to take the chequered flag ninth and was again heading for the top ten in race two until he jumped off the track and had to charge again to finish eleventh, the same position he recorded in the overall GP classification.

Adam Sterry said: “It’s been a tough weekend but I’ve come through it with two scoring rides. I hit the gate at the start of the qualification yesterday and I did it again in the first race today. It wasn’t easy to make passes here but I came all the way back to ninth.

“I was a little disappointed with race two; the track was getting really rough and I jumped right off the track but I came back to finish eleventh.”