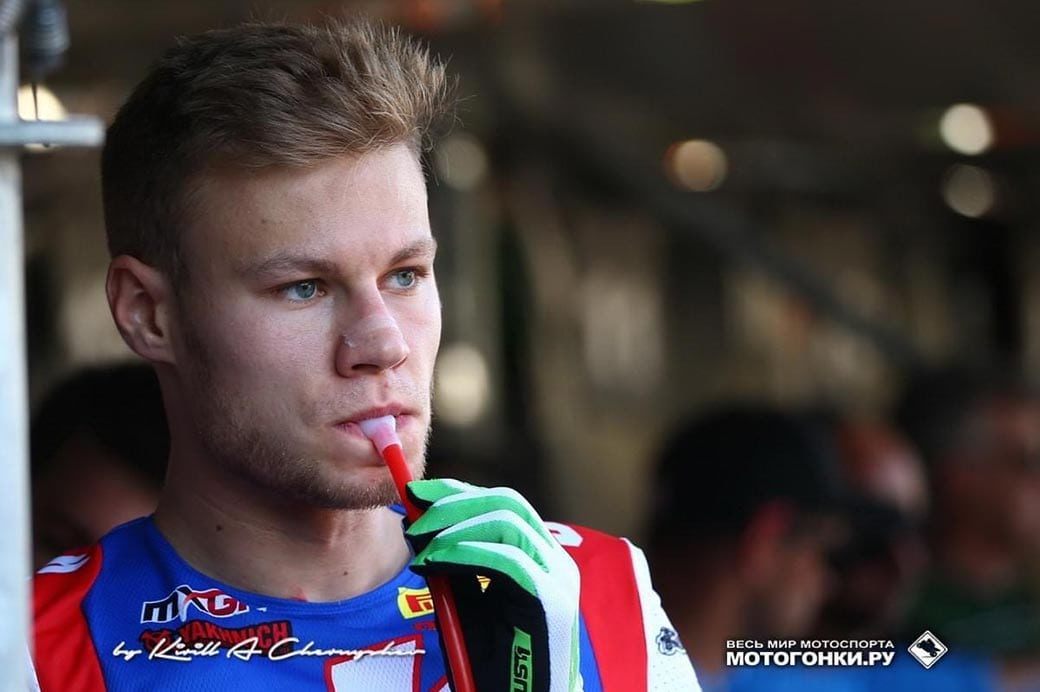 JWR Racing has announced their final signing for the 2021 season with Vsevolod Brylyakov making a return to the team after a season away.

The Beast from the East will join Finnish rider Miro Sihoven and take on the Dutch national series and the FIM Motocross World Championship.

Seva, as he’s known to his friends, will pilot the second Honda machine in the 2021 MXGP championship for JWR Racing. And the 25-year-old Russian is no stranger to the team — in 2019 he raced his MXGP rookie year with the squad and they know each other well.

JWR says that he trains hard and never gives up, but has not yet reached his full potential — they’re certainly excited to have him with the team again.

“We are building a strong team for the future and want to work with a rider who does not give up and has the speed and we see that in Seva as we see with Miro as well,” the team said in a press release.

The plan for 2021 is to use the Dutch series as preparation for the MXGP championship with the ultimate goal of top-10 places in the 20-round world championship.

“I’m beyond excited to be riding for JWR Honda in the 2021 MXGP season,” said Brylyakov. “Riding with the team in 2019 was the achievement for me and a learnt a lot, I had not my best season that year in my rookie MXGP year — now I am older and wiser now and will do everything in my power to get back to my previous form as when I was on the podium in the MX2 class. I will take full advantage of this opportunity.”

JWR Honda Racing Team Owner, Johan Westermark, said: “We have the team that we wanted now. We had a plan with Seva already last year but due to Covid-19 it did not happen but now we are loaded with a strong squad.

“He works hard and gives it his best. I know he can ride a bike and has shown very good speed before if you have been on an MX2 podium you have it, and we want to work with speed.

“Seva will be an asset for the team and good training partner to Miro also. So now we can look ahead and focus on 2021 and then prepare 2022 for the next chapter for JWR Racing.”

Team Manager, Tonny Govers, is happy they finally have their man. “He is back the ‘Russian Bear’ a rider that we like and believe in. We hope we can take him back to his MX2 podium speed and we will help him and give him everything he needs to succeed both mentally and physically.

“The new Honda CRF450R will be a perfect match for Seva a strong and easy bike to ride.”

Marketing Coordinator, Patrik Erlandsson, said: “So, the riders line up is done and we are happy. We believe in the new CRF 450 bike a brand-new bike with a lot of potential. And look out for Seva in the new JWRTV show a groundbreaking new media exposure that JWR will launch during 2021. Team JWR is ready for the 2021 MXGP Motocross World Championship series.

“I would also like to say thank you to our loyal sponsors who will support us again in 2021 and make things possible for the team and our riders!”

In addition to Miro and Seva, JWR Racing will run two 450 riders in the EMX Open class. The two promising young riders from Sweden are Jeff Oxelmark and Maximilan Eriksson who will also compete in the Swedish championship for the team.