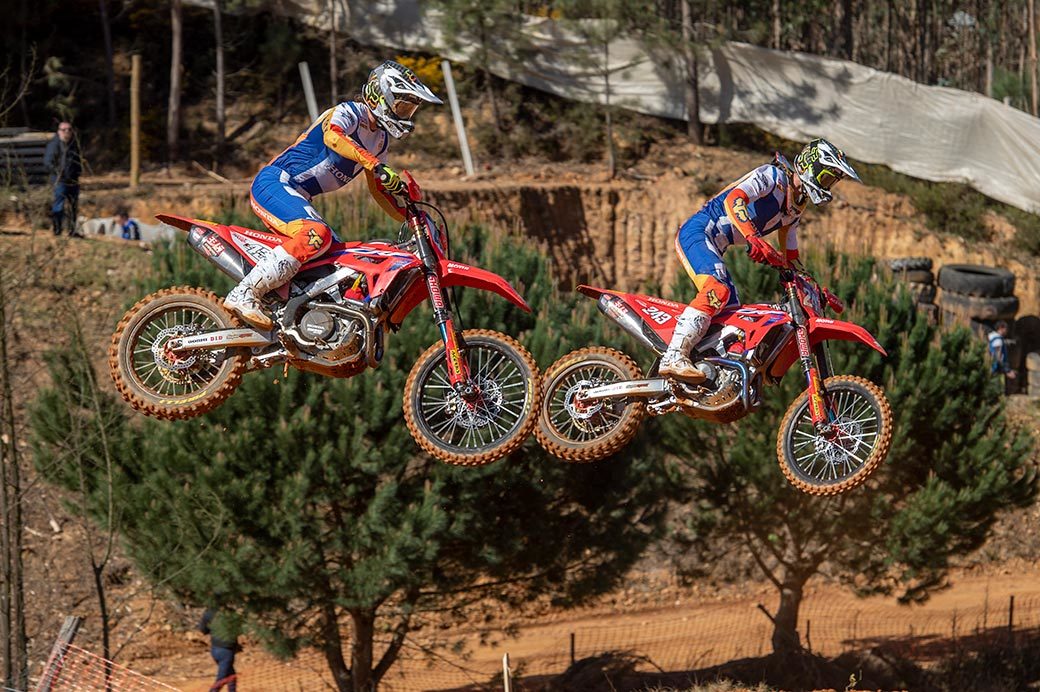 Despite this being the seventh race held at the picturesque Pietramurata track in just three seasons, there is a lot of excitement for Team HRC duo Tim Gajser and Mitch Evans as the track layout will be reversed, giving the riders a completely new challenge for this 2022 edition.

Hosted in the beautiful alpine region, the MXGP of Trentino is always marked on the calendar for Gajser, as it represents the nearest race for his Slovenian countrymen to visit and cheer him on. So much so, that there is even a corner of the spectator area called ‘Gajser Corner’ where all the ‘Tiga243’ flags, banners and supporters create a tremendous atmosphere for their national hero.

And for Gajser himself, this track holds a lot of great memories and he’ll be hoping to create more as he looks to continue his 2022 podium-streak, that has seen him win three of the first four rounds this year and open up a 21-point lead at the top of the MXGP championship.

Last time out he went 3-1, despite starting from seventh gate pick, and he’ll be hoping to improve that this weekend and give himself the best opportunity to rip another holeshot on his works Honda CRF450R.

“It’ll definitely be interesting to see how the new track layout works, and whether it is better or not,” said Gajser. “It will be a little difficult to adjust, just because we have ridden there on the old layout so often recently. 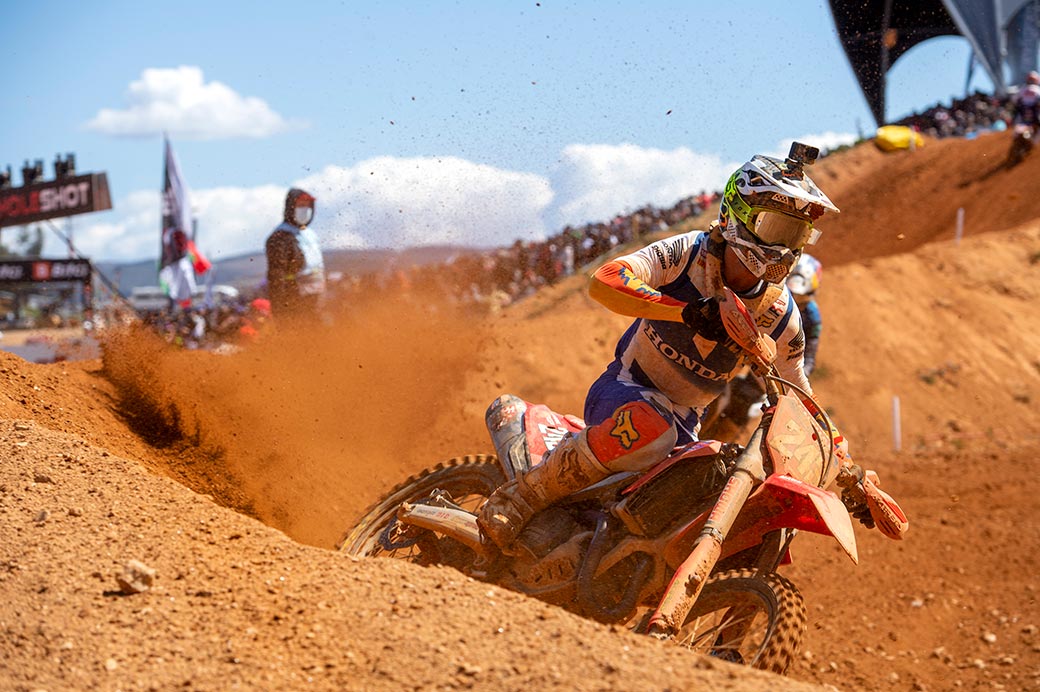 “However, ‘new’ is a good thing and it shows that they are trying to make an effort for the riders and the fans, so that is important. Hopefully, there will be a good turnout of Slovenian fans as they always make it special for me, and I hope that I can continue this good run of form that I have started 2022 with.”

Australian rider Evans didn’t have his best day last Sunday, struggling to escape the first corner without any issues and having to come through from the back of the field in both races. However, overtaking 18 riders over the course of the two motos was a good achievement and gives him hope that he is getting back to his best form.

Now though, the task is to get to grips with the new Pietramurata track layout and make sure they are ready for this fifth round of the series, held on April 9-10. 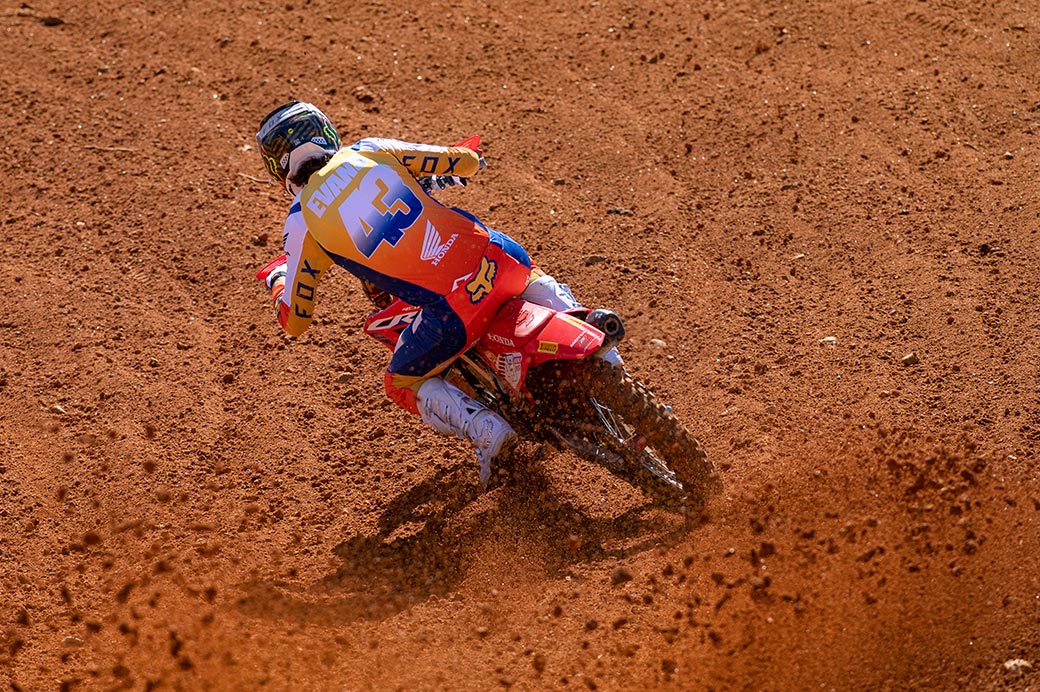 “It’s actually been a while since I raced in Trentino as I missed the last couple of seasons through injury, but I’ve ridden there a good amount in training and testing so it will be cool to see how it flows in this reverse direction,” said Evans. “Last weekend, things didn’t go my way but I’m determined to keep improving and if I can get out of the gate well, I know I can show more of what I am capable of and challenge with the top guys.”

HRC General Manager – MXGP, Marcus Pereira de Freitas: “I feel like the season is really hitting its stride now, with races becoming more regular and we’re getting into a bit more of a normal routine for the travel again.

“For Team HRC, Trentino is a bit like a home GP as we are only a few hours from the workshop, and we always get a lot of fans, both Italian and Slovenian, coming round the truck to support Tim, so we always enjoy going to this race.

“Both Tim and Mitch are feeling fit after last weekend, no injuries or any problems so we expect a set of good results from the pair and more Hondas at the front of the field.”