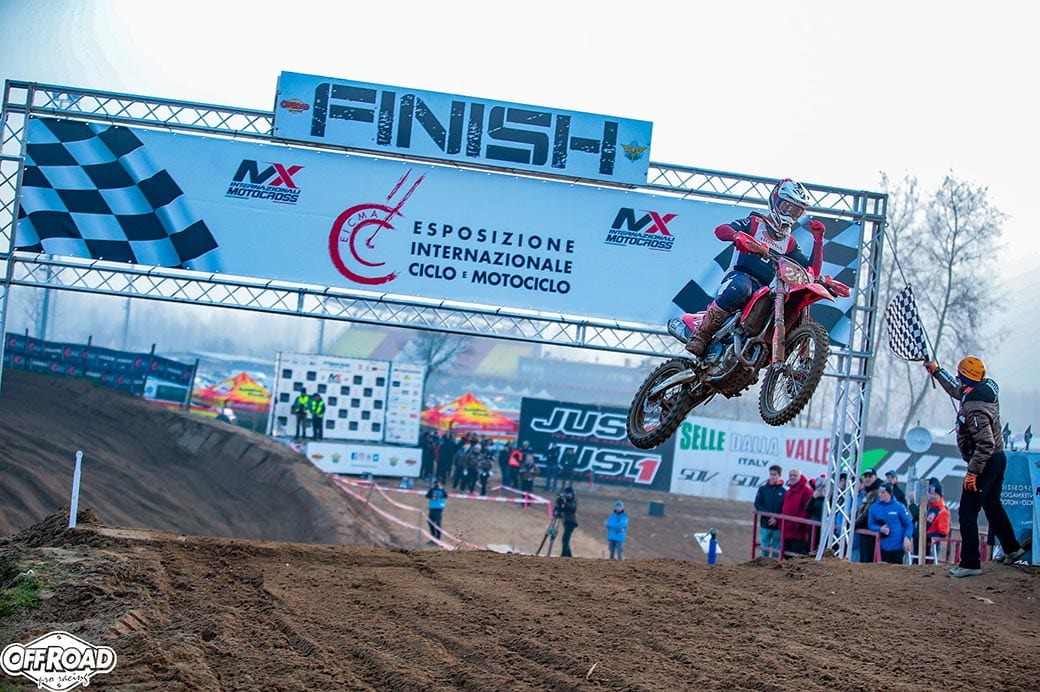 The second round of the Internazionali d’Italia MX EICMA Series 2020 was hosted in Ottobiano. On the technical and spectacular Lombard track, almost 200 riders competed to conquer the podiums of the 125, MX2, MX1 and Super Champion classes.

Great success also in terms of audience, both on the track and on the web, with more than 195.000 views of the live streaming.

The dominance of Tim Gajser (Honda HRC) continues also in Ottobiano, the HRC rider wins two more races on the sand and extends the lead in the standings of the MX1 and the Super Campione classes. 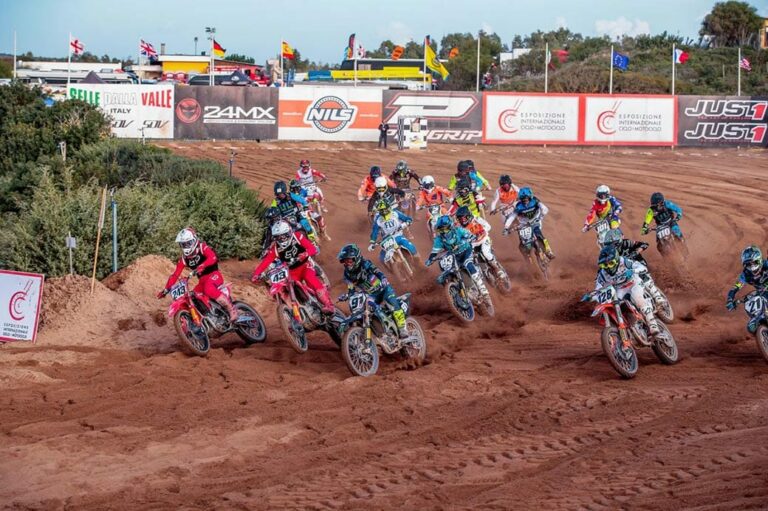 The Slovenian makes no mistake in the heats that ends the day, starts in front and dig the gap, putting a safety margin between himself and his team-mate Mitch Evans who keeps up to the finish line. The Australian conquers the second place in front of a wild Arminas Jasikonis (Husqvarna Rockstar Factory Racing Team), who started not perfectly and had a good comeback.

In the championship standings, valid for the prize pool, Gajser leads with 240 points, ahead of Jasikonis 160 and Alberto Forato (Husqvarna Maddii Racing), fifth today and third with 105 points.

In the top class the Pole Position 24 MX was conquered, in an incredible way, by two riders who recorded the same identical time of 1:35.877: Arminas Jasikonis and Mitchell Evans. In the race Tim Gajser showed everyone who is the World Champion, dominating, sprinting very fast and going to win easy.

Second was his team-mate, who has been able to recover some positions after the start and third was the pole man of Husqvarna, who started around the 10th position. Same podium for the day and the championship, with Tim Gajser leading with full points.

24MX Pole Position for Roan VanDeMoosdijk (Kawasaki) who starts late and crashed out during the race, while recovering some positions. 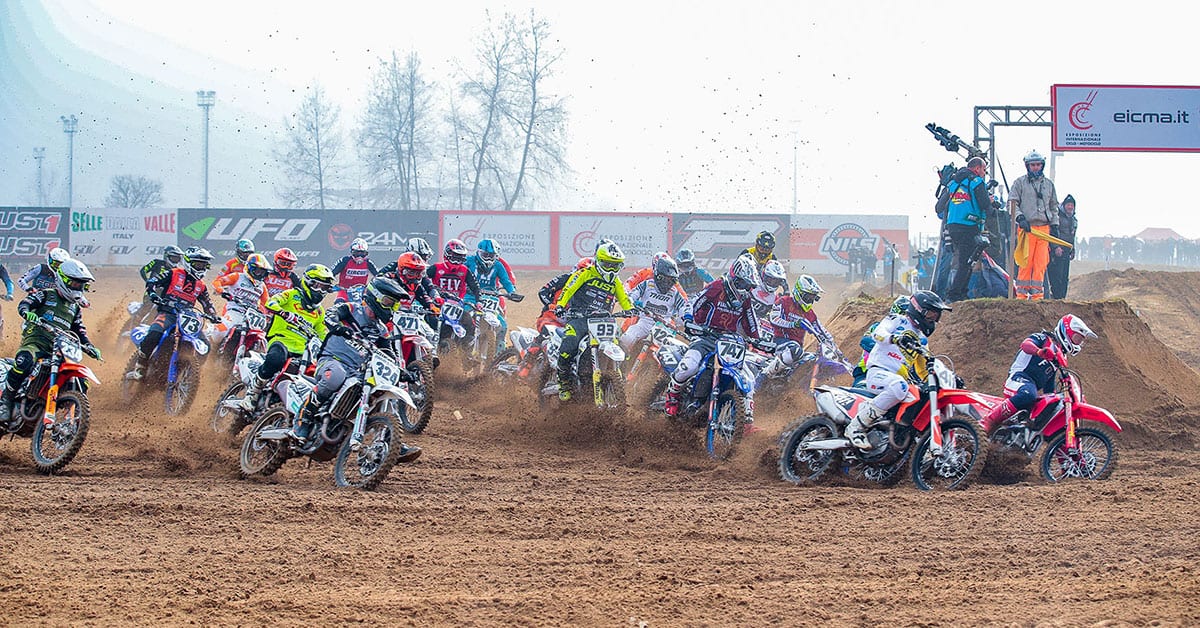 To win the MX2 class was Maxime Renaux (Yamaha SM Action Best), who started well and was good at overcoming some rivals, taking the lead after a few laps and maintaining his position up to the chequered flag.

Second was Gianluca Facchetti (Yamaha Hutten Metaal) who recovered from the start, preceding on the finish line Tom Vialle (KTM Red Bull Factory Racing Team) who at the end recovered from out of the tenth position. After the two races of Riola and Ottobiano the championship has not yet shown a real ruler and in Mantova all will be decided, with the first 7 riders that are still competing for the title.

In the 125 class, Camden McLellan (Husqvarna) conquers the Pole Position 24 MX, but in the race the South African does not know how to take advantage of the good gate pick. The victory in the first moto goes to Pietro Razzini (Husqvarna), who started in front and was able to keep the lead till the end.

In the beginning of the race, Andrea Roncoli (Husqvarna) take the second place, followed by Vettick Maico (KTM) and Liam Everts (KTM), who ended in the same order.

In the second heat Andrea Roncoli started very fast going to take the lead of the race. Second is Vettick Maico, who started close to the first, while third closes Pietro Razzini who recovers some positions. In the championship Razzini keep the red plate followed by Andrea Roncoli with 180 points of advantage. Third is Andrea Bonaccorsi (Fantic). 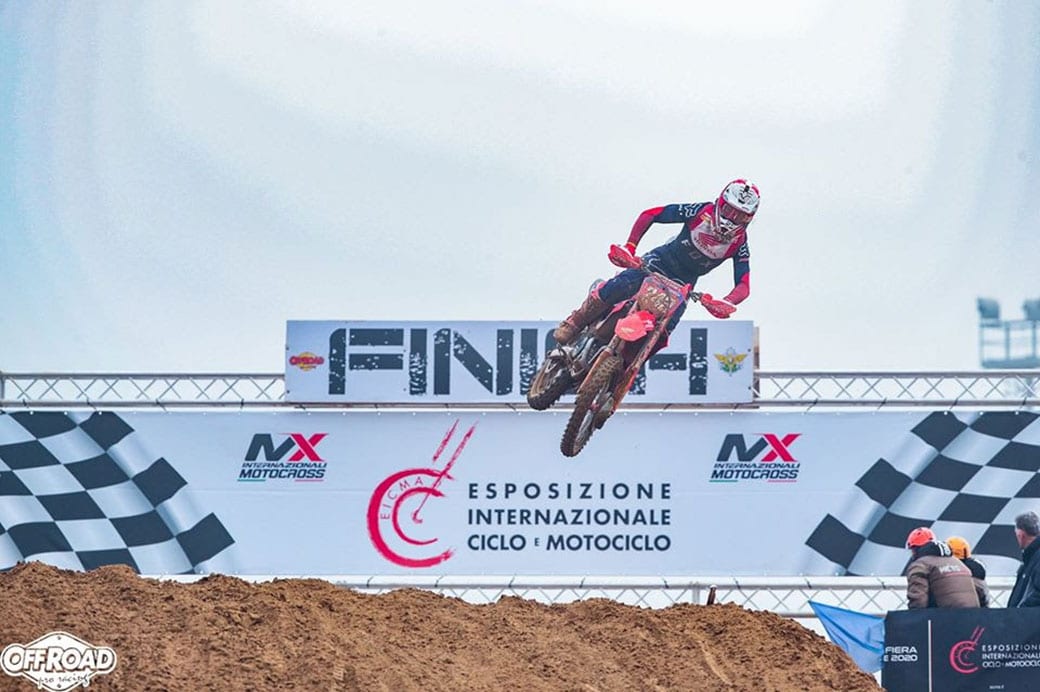 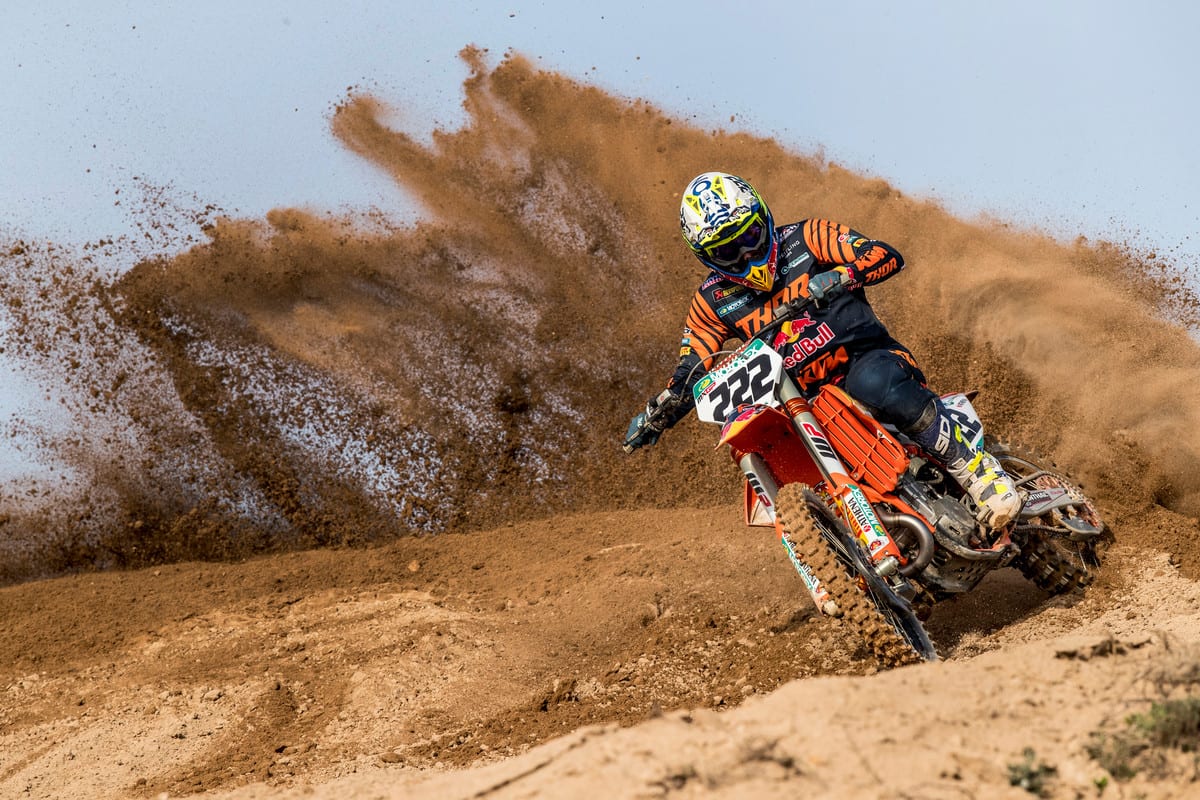 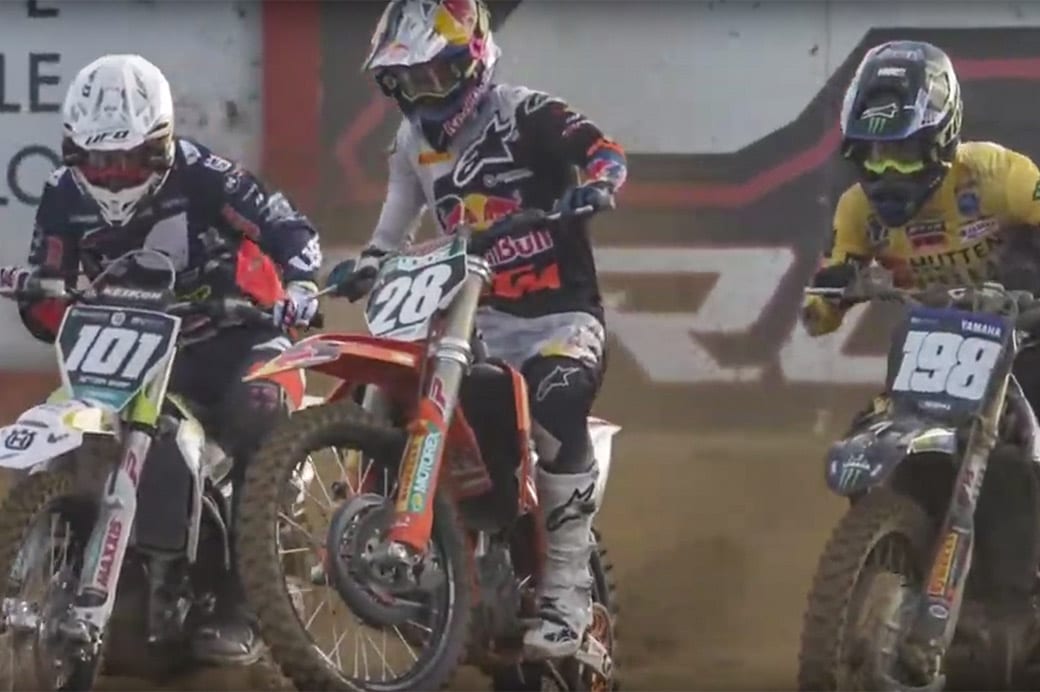 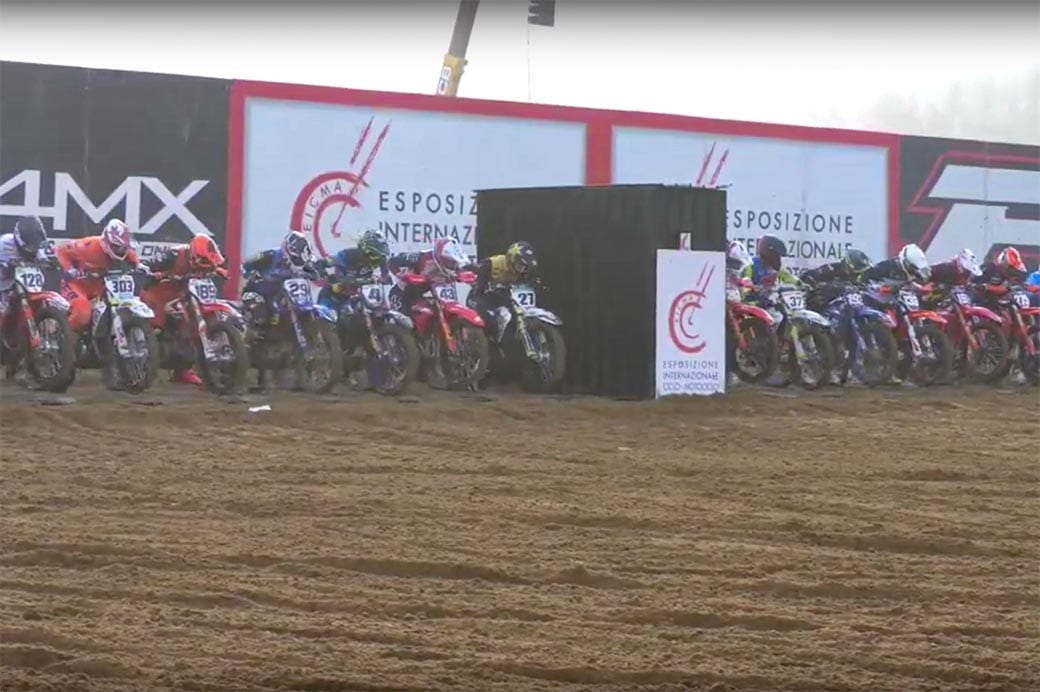 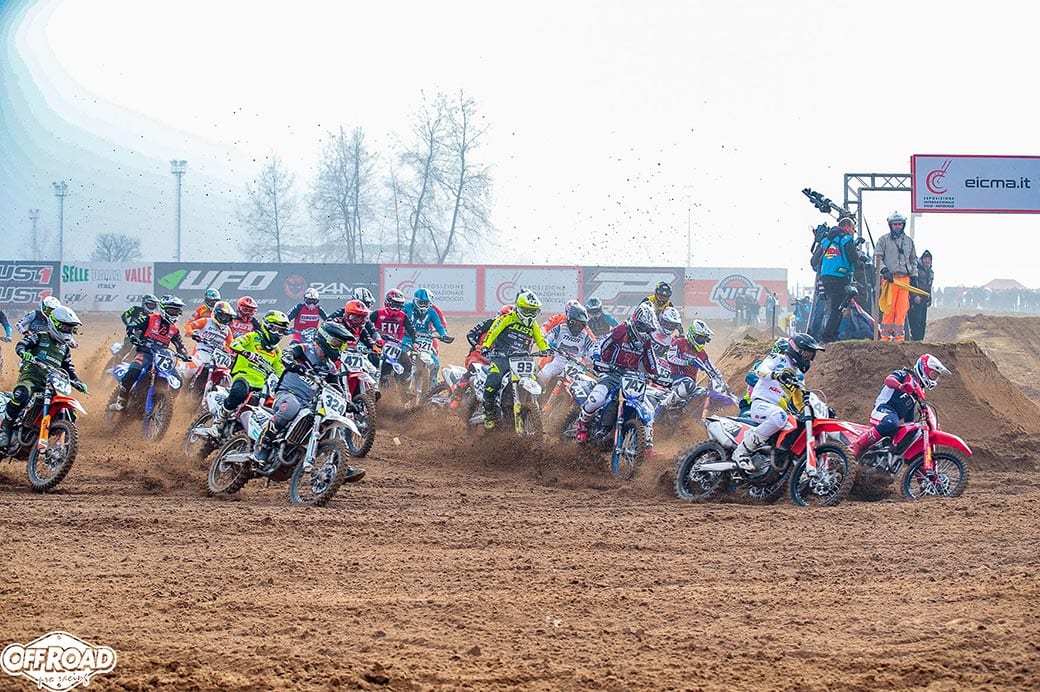