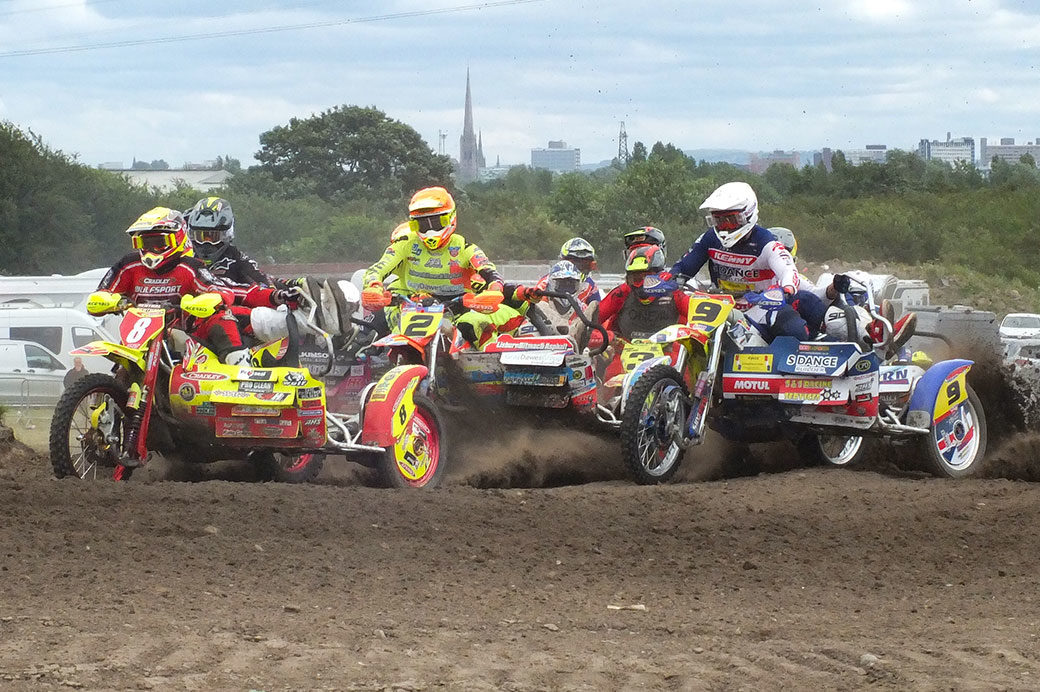 The second round of the 2019 ACU Pro Clean British Sidecarcross Championship got underway at the Preston Docks MX track in Lancashire.

It was good to see the defending champion back on the track. Because of injury, driver Brett Wilkinson had a back operation after a crash at the first GP and has made an amazing recovering.

But it was 15-time champion Stuart Brown and passenger Josh Chamberlain had another clean sweep taking three great wins. 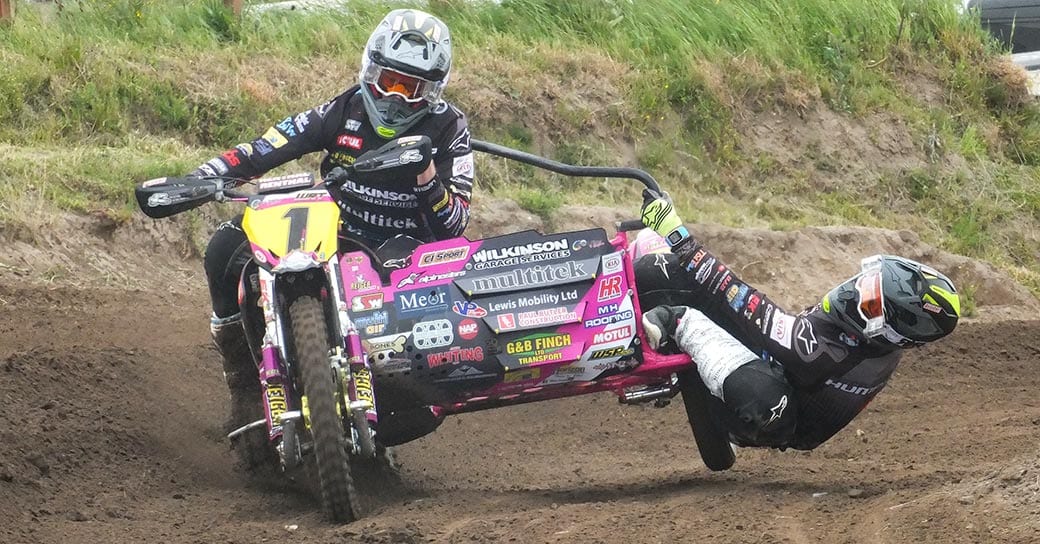 Race one got underway with an early lead for Stuart Brown/Josh Chamberlain, they were on good form going on to take a great win. Brett Wilkinson/Ryan Humphrey tucked into second with Gary Moulds/Steve Kirwin in third but they slowed after a few laps with Steve’s damaged back too painful to continue. This left George Kinge/Lewis Gray in third but they were under pressure from Jake Brown/Joe Millard who pushed hard to blast into third, they went on to challenge hard for second but couldn’t find a way past. 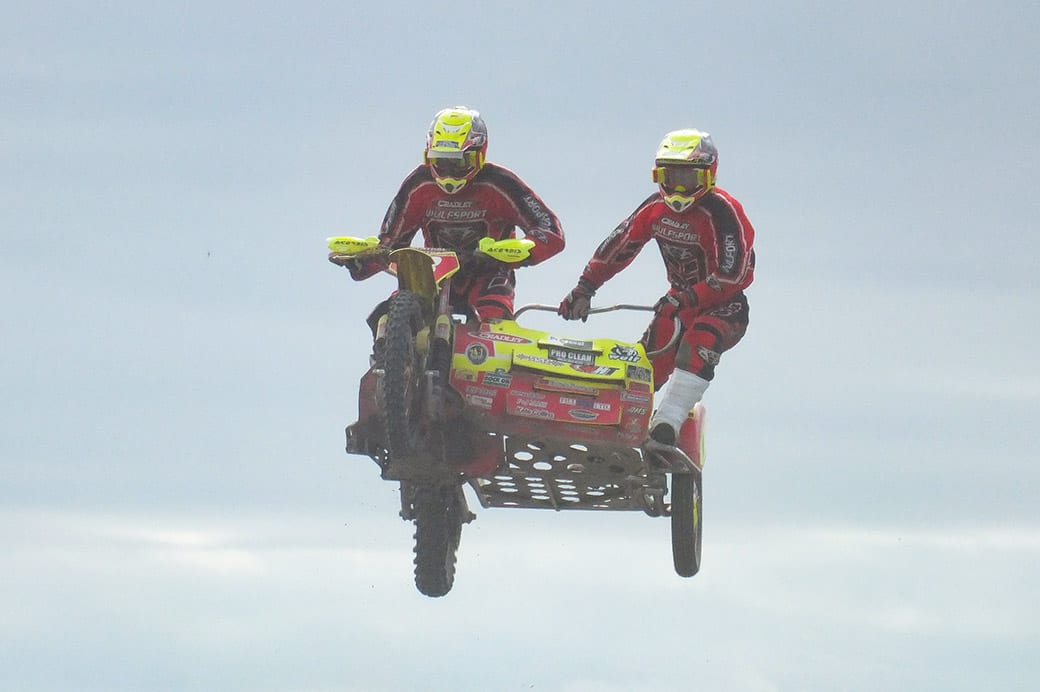 George Kinge/Lewis Gray were fourth until they picked up a mechanical problem forcing them out of the race, which left Dan Foden/Roy Bijenhof in a position to clinch a great fourth. Michael Hodges/Scott Grahame held fifth just ahead of Tony Grahame/Charlie Ide.

As the riders emerged from the first turn at the start of race two it was Brown/Chamberlain who earned the holeshot for a second time and would go onto a gate-to-flag win.

Behind George Kinge/Lewis Gray put their race one problems behind them as they blasted through to fourth with Michael Hodges/Scott Grahame just behind. 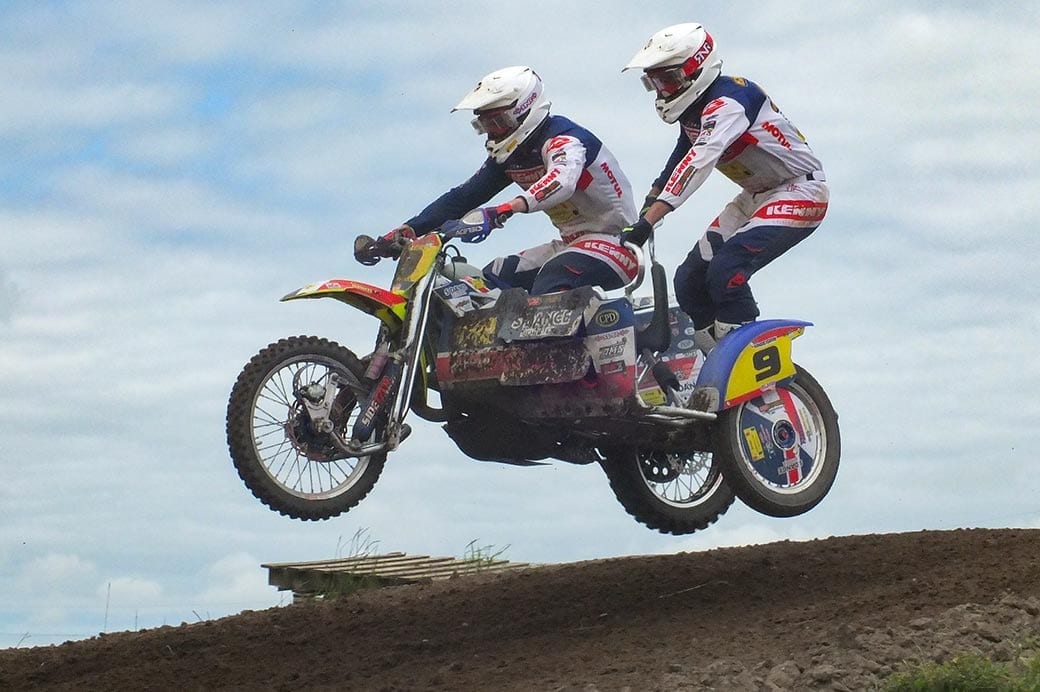 In the final race, Stuart Brown/Josh Chamberlain once again dominated, rocketing to a third win. 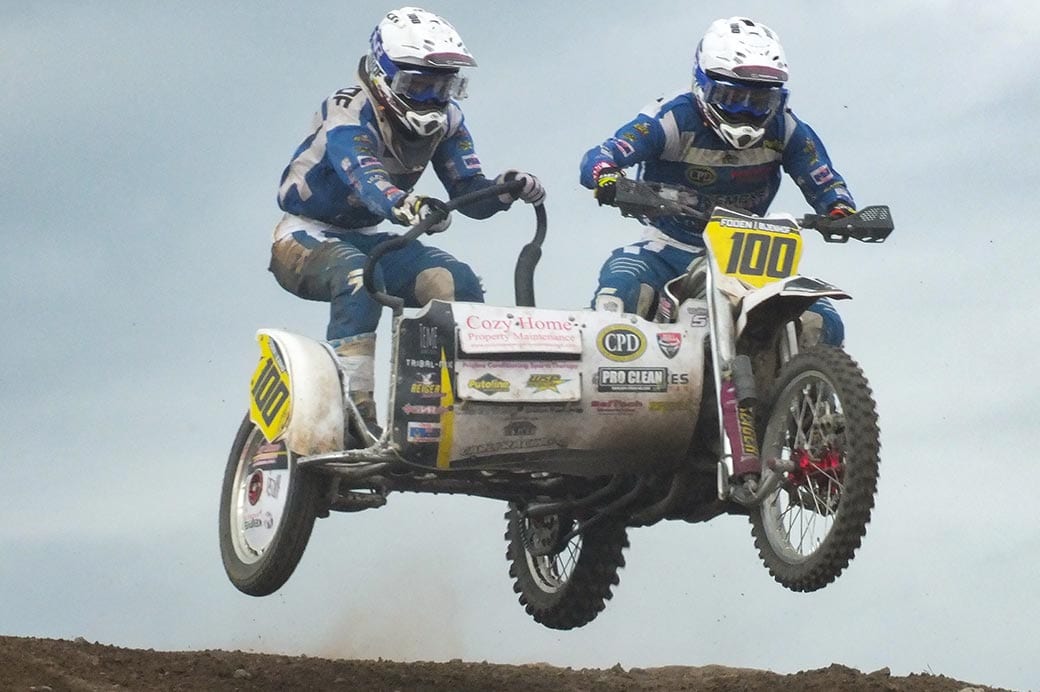 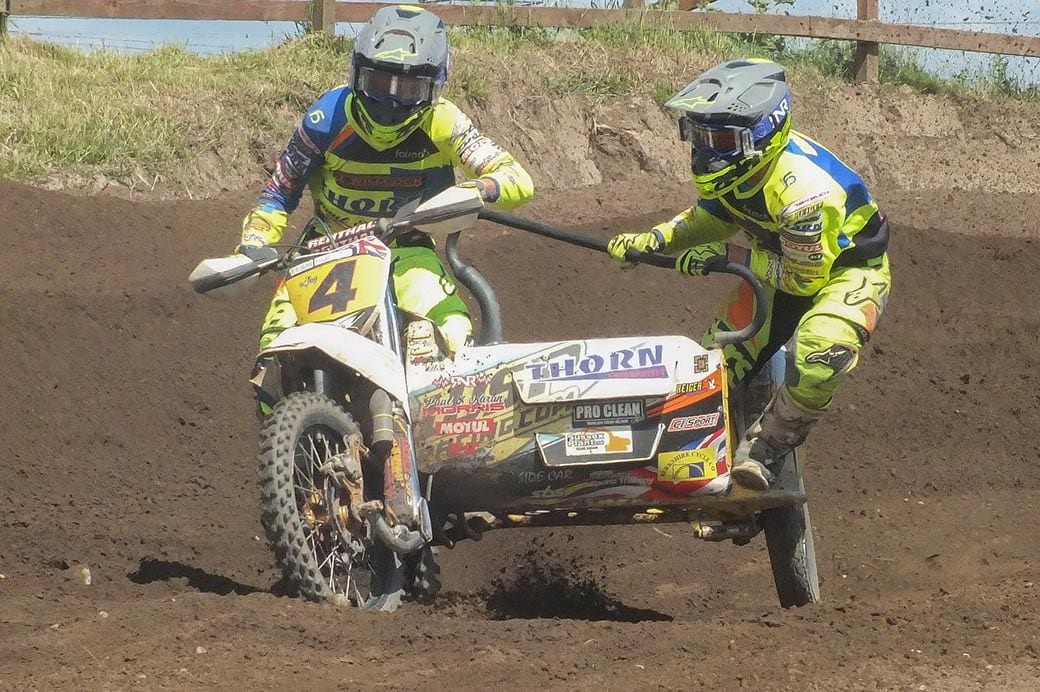 Brett Wilkinson/Ryan Humphrey were non-starters as passenger Ryan had damaged his knee.

This time Jake Brown/Joe Millard wasted no time tucking into second keeping the leaders in sight. George Kinge/Lewis Gray held third but caused a stir when then bounced over a berm and re-joined the track after cutting a small section. The pair didn’t gain any advantage and so kept that great third place and didn’t lose any points. 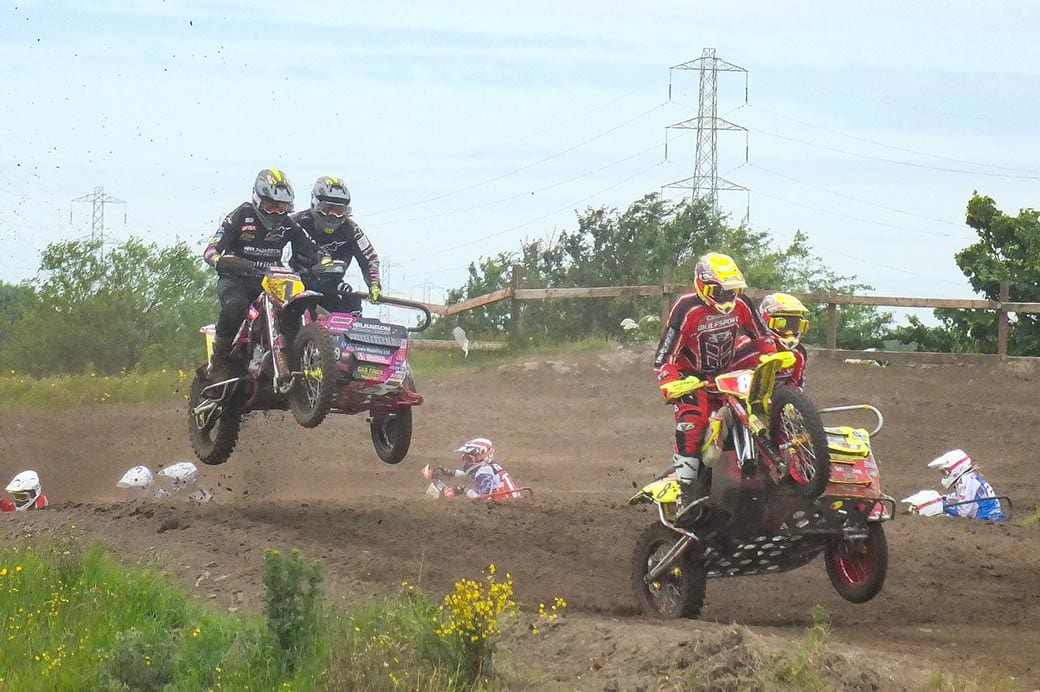 It was a tough day and those points were really earned.