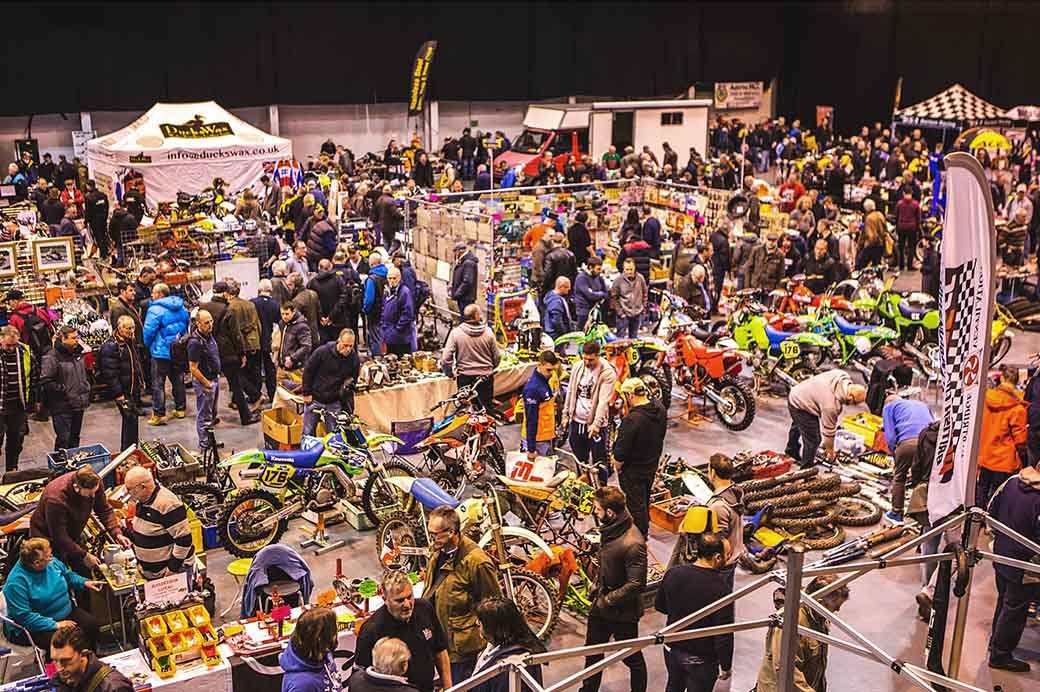 This weekend sees the ‘official’ start of the year for many off-road fans as Saturday/ Sunday, February 15/16 sees the eagerly awaited 2020 Classic Dirt Bike Show, sponsored by Hagon Shocks, get the season underway

The excellent and centrally situated Telford International Centre is the venue which will once again draw in the biggest names in the off-road scene and fans by the thousand.

There are many reasons why you should take a trip to Telford.

To start with there are off-road bikes as far as the eye can see, with show machinery to cater for every need.

As well as bikes galore, from rusty relics to gleaming showstoppers – which will be judged for various Show classes – for you to peruse and chat about with fellow enthusiasts. 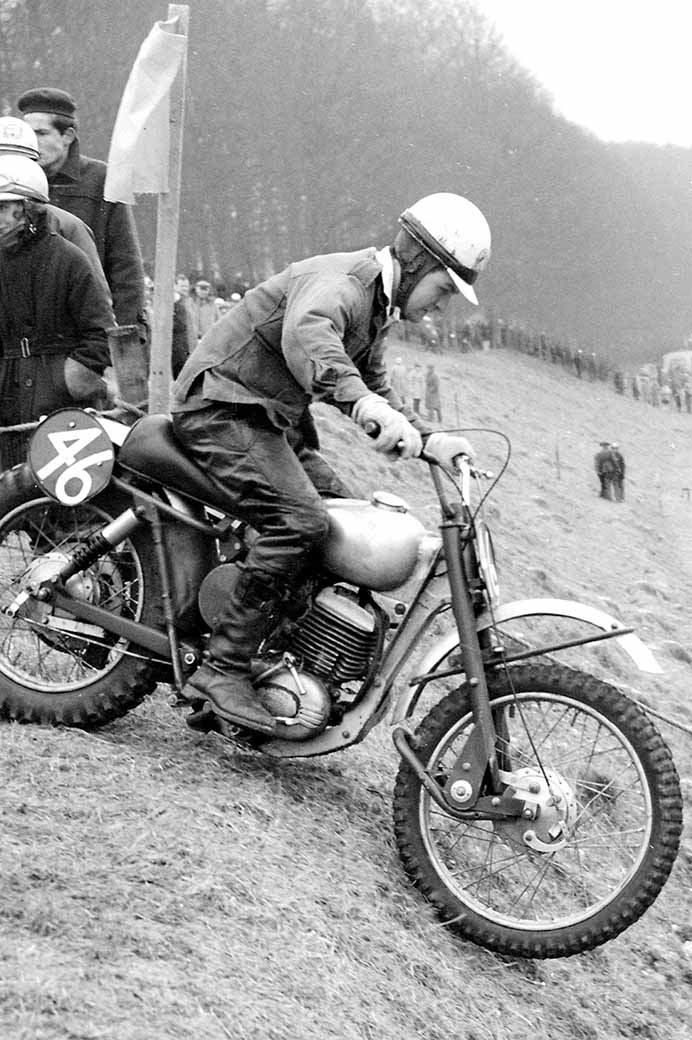 There will be trade stands, club stands, private off-road machines, the outside autojumble, special machine displays and see off-road legends interviewed by the equally legendary Jack Burnicle on stage over the weekend.

The trade stands will be dealing in everything from the smallest nuts, washers and bolts through to complete machines ready to race.

You will be able to buy EVERYTHING necessary to either keep your classic bike going, finish that restoration project or build a brand-new motorcycle.

The traders all know their stuff backwards and are a fountain of knowledge and if you are unsure what you want they will definitely tell you – and sell you – exactly what you need.

This year there are several special displays of machines including two decades’ worth of Montesa Twinshocks from 1967 to 1985 including the Cota trials bikes and Cappra scramblers. 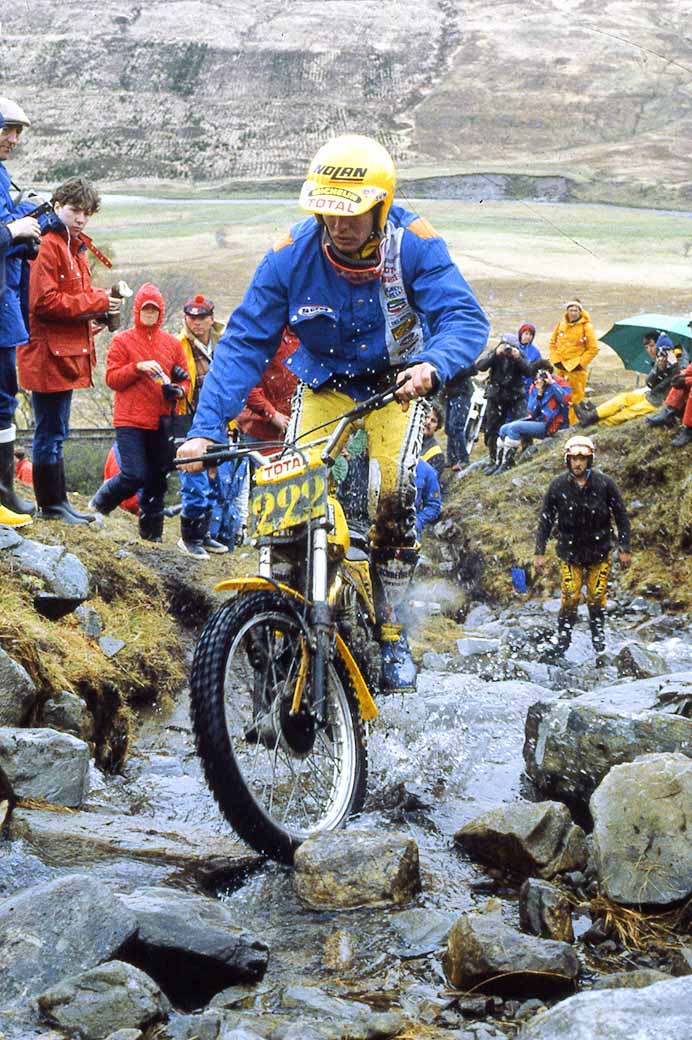 American Trials Legend Bernie Schreiber will be at the show (Image: Giulio Mauri)

The RTLR club will be showing off no fewer than THREE ex factory Honda trials models as ridden by the late Marland Whaley to the USA Championship in 1975/76/77.

There will also be a display of the British built Sprite motorcycles plus a rare ATK560 and Whitlock framed Honda TLR200 machines.

Bernie Schreiber is one of the special guests this year and Alan Wright has assembled a collection of machines similar to those ridden by Bernie including an Italjet provided by former fellow Italjet factory rider Chris Myers.

As ever the great Sammy Miller will be bringing a sample of the fabulously exotic machinery from his museum – including the mind-blowing Moto Guzzi V8 road racing wonder.

And don’t forget a hunt round the outdoor Autojumble where you might just find that elusive piece to complete your latest off-road build, or score a tired old warhorse as your next project.

The outdoor autojumble will be opening at 9am both days. It really is the event of the year for classic off-road enthusiasts!

The star guests for the 2020 Classic Dirt Bike Show are Bernie Schreiber, the first – and only – American to win the World Trials Championship back in 1979 and the 1970 British 500cc motocross champion Bryan Goss.

These are two of the most flamboyant characters to grace the stage and they will be interviewed by the inimitable Jack Burnicle.

Californian-born Schreiber influenced trials by introducing floating pivot turns and bunny hops in the late 1970s. Born in January 1959 in Los Angeles, Bernie was ranked seventh in the world by 1977 and gained a direct contract with the Bultaco factory.

A year later he finished third, winning four world rounds, and in 1979 took the title from three-time winner Yrjo Vesterinen, becoming the youngest ever champion.

In 1982 Bernie fulfilled a lifetime’s ambition by being the first and still the only non-European to win the Scottish Six Days Trial riding for the Italian SWM factory.

He also had factory contracts with Italjet, Garelli, Yamaha and Fantic.

Since retirement in 1987 Bernie has mainly lived in Switzerland, climbing to the top of the corporate ladder with prestigious Omega and Tissot watch brands. 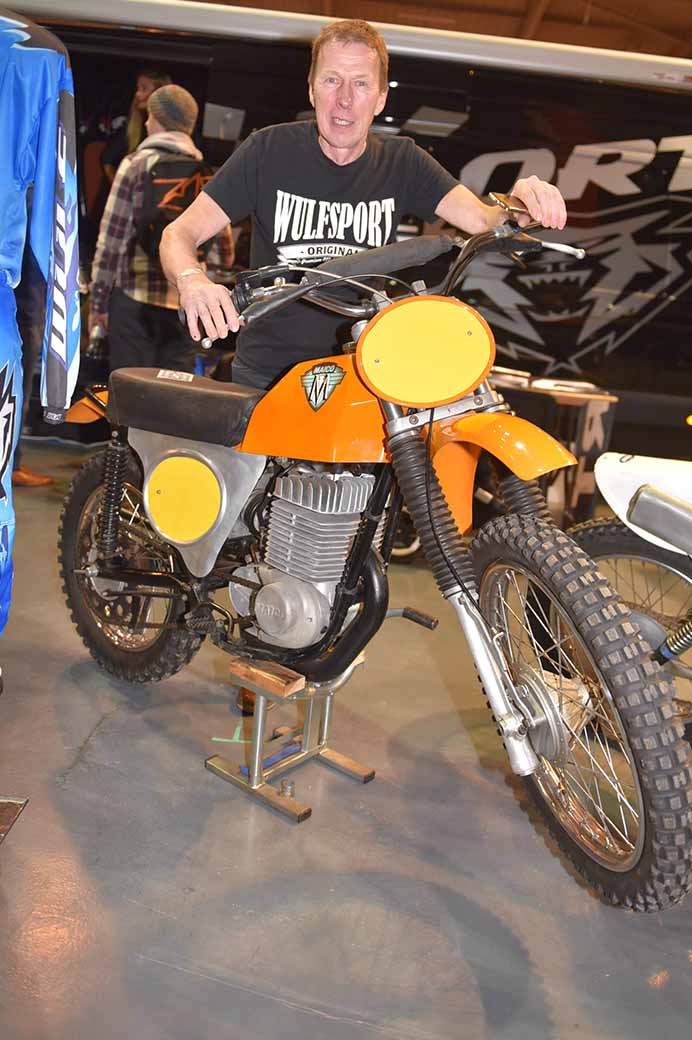 Bryan ‘Badger’ Goss is equally fascinating. A Dorset-based two-stroke man throughout his career, Badger was fortunate to live close to grass track legend Lew Coffin, who became his mentor in the early days.

Early success came with Cottons in 1961 but a move to Greeves for the following year saw him become near-invincible in the south of England.

A firm favourite with Greeves’ head honcho Derry Preston Cobb, Badger lay just a single point behind the great Dave Bickers as they journeyed to the last round of the British 250cc scrambles championship at Boltby in October 1963. 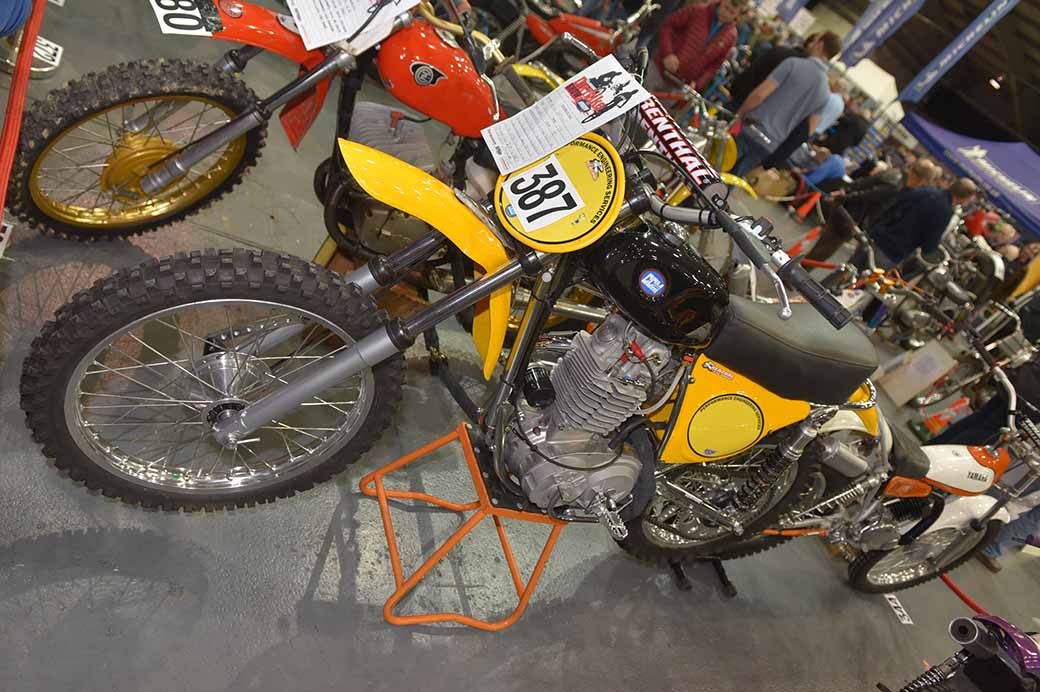 A first-lap puncture curtailed Badger’s challenge but he still finished runner-up to the Coddenham flyer. Having struggled to find form in 1964, Badger bought a Husqvarna. The new combination was a winning one, though Bickers still beat him to the British 1965 crown.

The following year was the start of a real purple patch that concluded at the Trophee des Nations held at Brands Hatch. On his 26th birthday, he beat the cream of the world’s 250 racers in the opening leg and then repeated the feat in the second leg.

After so many seasons in the top three as a 250cc rider, Badger’s only British crown came on a 500 in 1970, his last year on Huskies. He simply dominated the series, racking up double the points of series runner-up Vic Allan and clinching the title with one round to spare.

In 1971 he switched to Maico power and was shortly afterwards able to gain the import rights for the West German marque. His business boomed selling more than 1,000 bikes per year for three years in succession. He retired from competition in 1974.