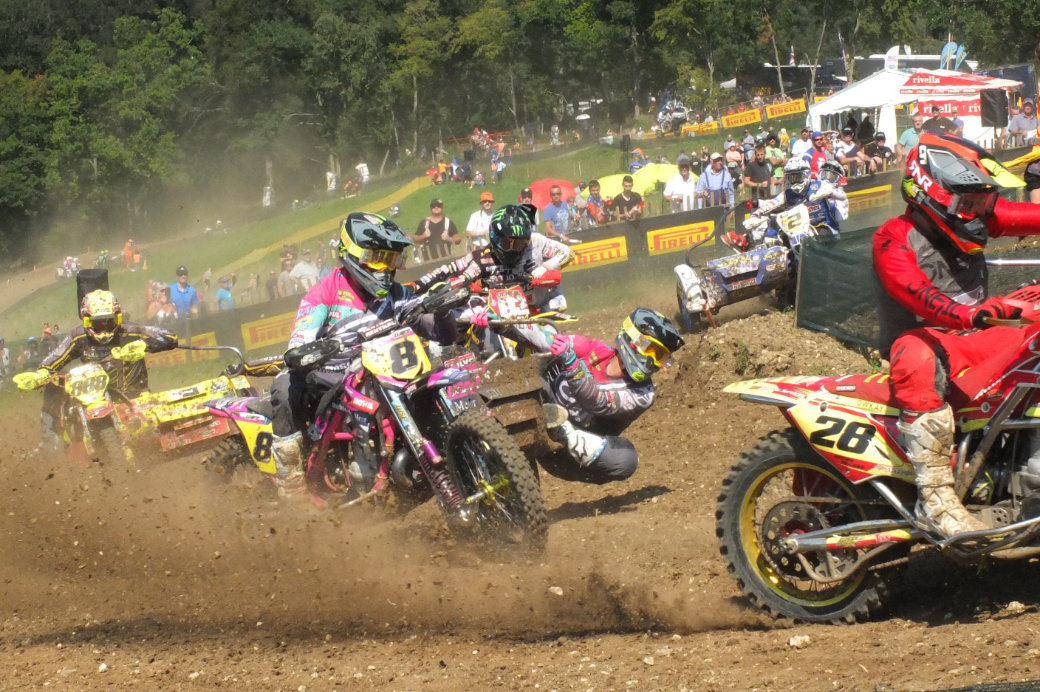 This weekend the sidecar GP season moves to GP 12 in Gooik – a typically sandy Belgian track.

At the end of GP 11 in Latvia, Bax /Stupelis retained the red plate and now hold a 71 point advantage. Their rivals will have to bring their ‘A’ game to catch them with only three rounds remaining.

Hermans /Musset are holding third with Dierckens /Bax now 42 points behind after a crash in Switzerland left them without any points for their efforts, but they are recovered and ready to fight back this weekend.

Top British team Stuart Brown /Josh Chamberlain hold a great fifth place – only 10 points behind. They will be working hard to close the gap and try to gain a medal position at the end of the season.

Varik /Daiders move up to sixth place this week.

Sanders /Kunnas hold sixth but the team will be out for the rest of the season due to injury.

The other British teams to watch out for this weekend are the second Brown Team, Jake Brown with Joe Millard currently 10th with George Kinge /Lewis Gray fifteenth.

Wilkinson /Humphrey have been suffering injury problems this season but were back in force last week and move back into the top 20.

Also watch out for a passenger swap with #32 Gary Moulds who will join with Brian Anthony for the rest of the season.

And finally Dan Foden and Roy Bijenhof who are working hard every week, with three points so far this season but many more to come.

Watch out for updates from qualifying and the GP races over the weekend.